An intricate narrative of nature in abstract

One could see lush green fields, blue river, fishes jumping out of water albeit in gouaches on paper. 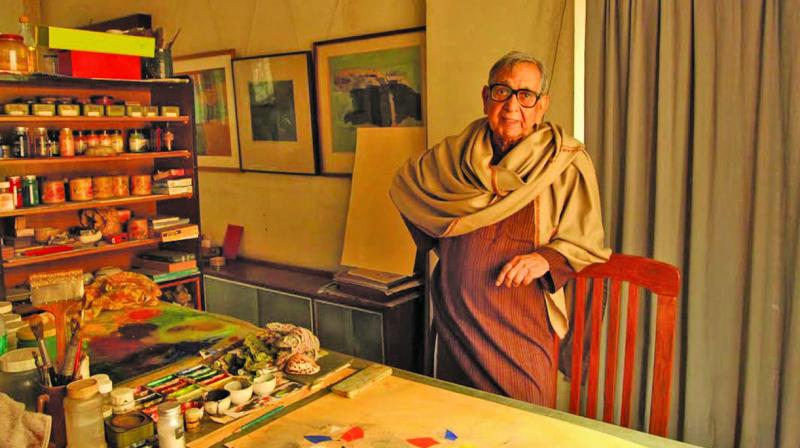 Mona Lisa by Leonardo da Vinci is real yet her smile, her face is abstract. That’s how veteran artist Ganesh Haloi explains abstractionism to me. You get attracted to it and similarly in our day-to-day lives, we use many things in abstract form. The very word “abstract” is controversial for Haloi. He gives me an example of an idiom often used by villagers “Anand mein aanth tukde ho gaye”. “This idiom is also abstractionism at its best. We make our world beautiful with abstract. It is a kind of salvation from bonded thoughts which makes you delighted”, says Haloi whose rare body of work is being shown at Documenta 14.

There will be two sets of Haloi’s works which will exhibited at Documenta 14 —— from April 8-July 16 in Athens, Greece and in Kassel, Germany from June 10 to September 17, 2017. Two bronze sculptures will also be showcased. While exhibiting and representing modern Indian art on one of the prestigious and famed art events is indeed an honour, Haloi remains calm and unaffected. “Adam Szymczyk (artistic director of Documenta 14) came and saw my paintings and I was selected... It gave me a kind of joy”, says Haloi very calmly. But talk about his childhood and the impact of nature on his works, one can gauge child-like enthusiasm in the voice of the octagenarian. Speaking of his childhood home at Jamalpur in Mymensinh, which is now in Bangladesh — the surroundings and lush green fields — had a great local impact on Haloi but when he grew up he thought of nature as a creative force. 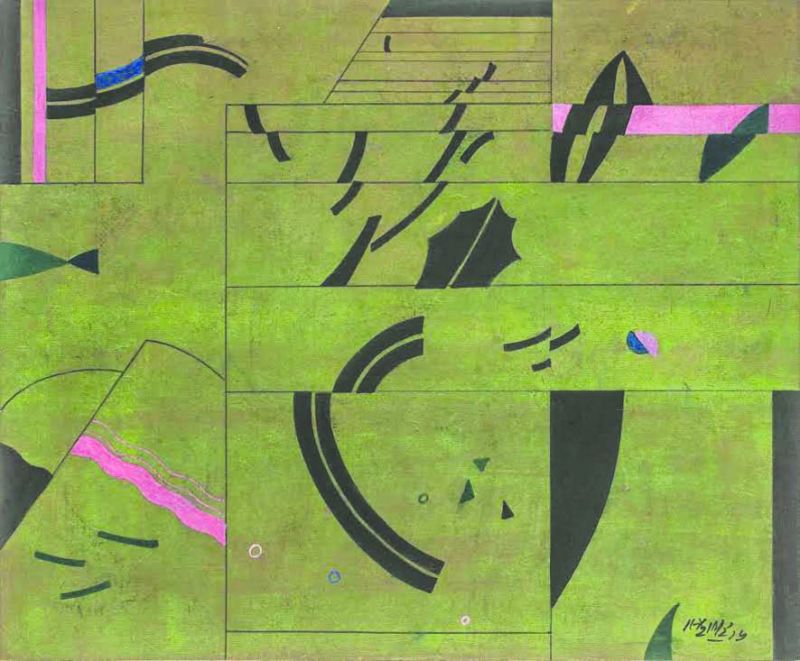 His paintings bear a clear stamp of nature in all its glory. One could see lush green fields, blue river, fishes jumping out of water albeit in gouaches on paper. “River is never stagnant. Nature has this harmony inwhich you survive. There’s a reason for sound, music, rhythmic movements of nature so that you can feel and respond”, explains Haloi.

Abstractionism is going from formlessness to form. However, Haloi differs and volunteers to explain. “We are preoccupied with various things in our life and we forget to notie the constant presence of the abstract. Tribal people bursting into a sudden dance is abstract, someone singing is also abstract... I don’t think my paintings as abstract. It is a desire that exudes energy, power and takes shape. We often see things but don’t register. There’s a whole new world between the known and the unknown, between what is present and what is absent. I don’t paint a particular landscape. I make my own landscape, harmonises it and takes it beyond the known limit,” explains Haloi. 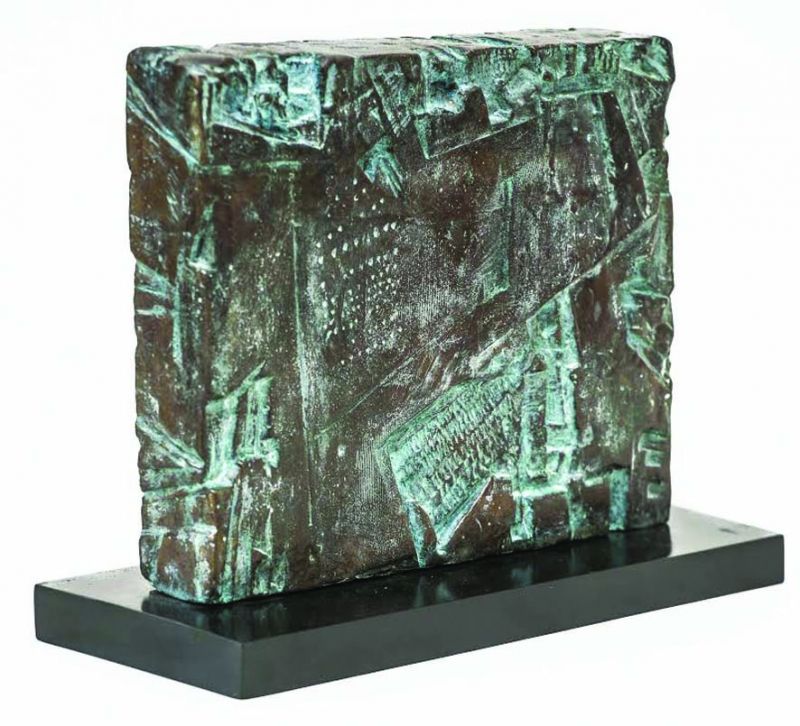 Haloi’s latest works displayed in January by Akar Prakar were chosen for Documenta 14. His paintings emphasise a bond with nature. “Once students asked a teacher how we could paint God because we have neveer seen of felt him. Teacher asked them to seek inspiration from the universe which has been so beautifully created by God himself. So it is only after studying nature that you realise that you too are a creator”, elucidates Haloi slowly.

The artworks on display use beige, green, blue and black and have a geometrical patterns to them. Circle, semi-circle, triangle, vertical, ragged lines are used deftly by Haloi to bring cohesiveness to his works. Dots, dashes etc become cryptic signs for trees, water and green fields.

“Isn’t geometry in our life?” asks Haloi. “Geometry provides stability... Without it there’s nothing”. True, the earth we live in is round, it rotates on it’s axis, revolves in circles around sun, we live in square and reactangular houses and so geometry being a crucial aspect of our living is what Haloi wants us to understand.

His paintings are also inspired by his stint to make copies of the Ajanta murals for the Archaeological Survey of India. Haloi insists that paintings and sculptures belong to the world of silence; they won’t scream and shout for your attention. And this is the most powerful medium. His paintings have a lyrical poetic quality about them similar to the poems of William Wordsworth to whom nature appears as a formative influence superior to any other. Lush green rice fields, flowing gentle river, fishes darting out of water lead to a symphony of emotions. “When I listen to music, I do not hear its lyrics... I never follow the words but sounds. It moves me”, says Haloi. Listening more of Western classical music, Haloi also likes Rabindra sangeet.

The artworks are like a distant music coming from shudoor (afar). You need to pay attention and focus on the rhythm and sound to understand it. One can feel a pull best described by Radha when she hears Krishna playing flute. Haloi’s paitings represent a harmony between man and nature.

Reena Lath, director, Akar Prakar is all praises for Haloi. “Over the years our relationship with Ganesh Haloi has only strengthened and grown. When we had met him first in 2004, as young gallerists, we were a new entrant in the art world, but he embraced us as a magnanimous Guru does young naïve learners.  As our interactions with him became frequent, our understanding on art also grew with it. In his gentle and soft spoken manner he convinced us to visit Benaras and Ajanta, the two places in India which according to him has inspired the best of Indian artists and art. This for us was a turning point in the way we not only viewed Indian art but specifically Ganesh Haloi’s abstractions”, says Lath.

A peek into Haloi’s diary where he identifies each colour with his own life experience — is a symbolic representation of his practice.

Black is my faith,
Blue is the wideness,
Green is the field,
Red is my seed,
White is the wildness,
Yellow is the sunshine,
I am composite of these colours,
Which ultimately leads me to an unknown destiny.