A sojourn in Odishan folk art 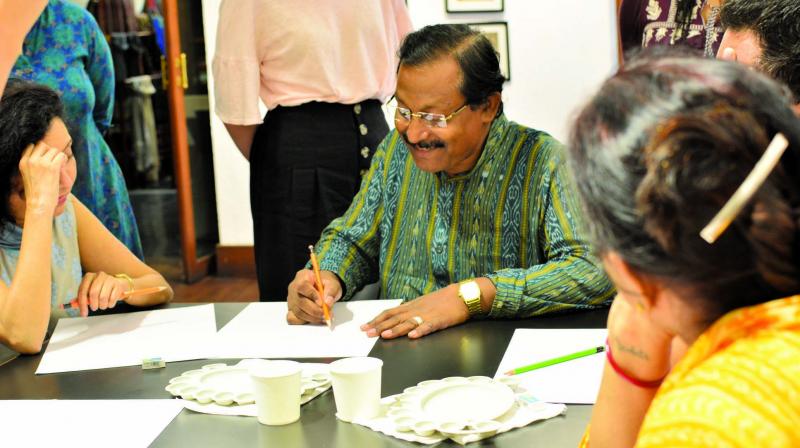 Intricate paintings that capture tales of Radha and Krishna line the walls of ARTISANS’ gallery. But, these creations are painted on a unique canvas — those made of Tussar silk. Shortly, participants who’ve enlisted for the pattachitra workshop (‘patta’ meaning cloth, and ‘chitra’ meaning painting) will learn more about this 2000-year-old art form native to Odisha, as two-time National Award winning-artist, Bijay Parida, will show them the ropes. Bijay, who began learning the art form at the age of 15, and has been making pattachitra creations for over 40 years, says that a single 1x1 foot painting can take over four days to complete, as the paintings are highly detailed. 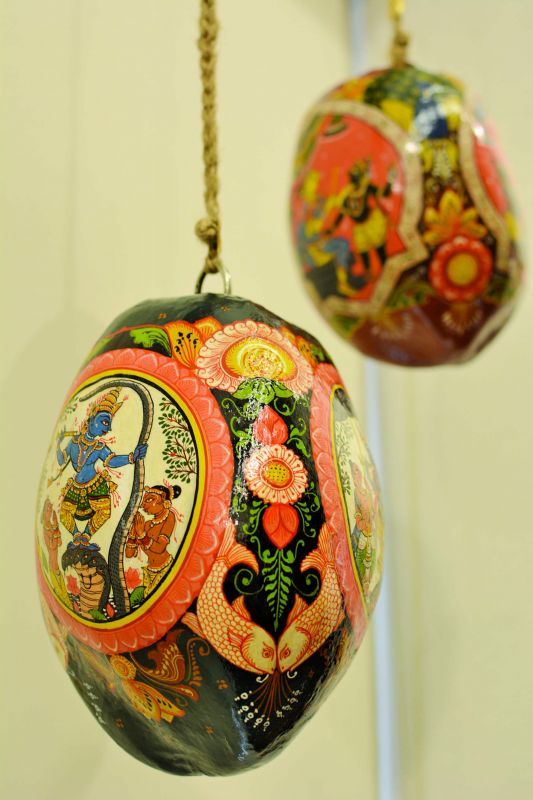 As participants watch Bijay draw the figure of Krishna with a deftness that can only come from years of practice, he tells them about the textile and paints used in pattachitra. “To make the canvas, tamarind seeds are ground, soaked and cooked. Then, the mixture is used to cure cotton or silk cloth, which is later left to dry in the sun,” he explains. The paints he uses for his creations are made from scratch. “Though pattachitra artists use a range of colours, I like to keep it simply by using just three colours — red, black and white,” he says, adding that the white is made from conch shells, the red from iron ore or geru and the black from lamp soot. Though the participants stick to drawing and painting just the figure of Krishna, Bijay’s paintings are filled with multiple characters, verdant backdrops and even capture the beauty of various seasons. Apart from his Tussar silk paintings, which are on display, the artist has also decorated coconut shells and a collapsible wooden dowry box with his creations. 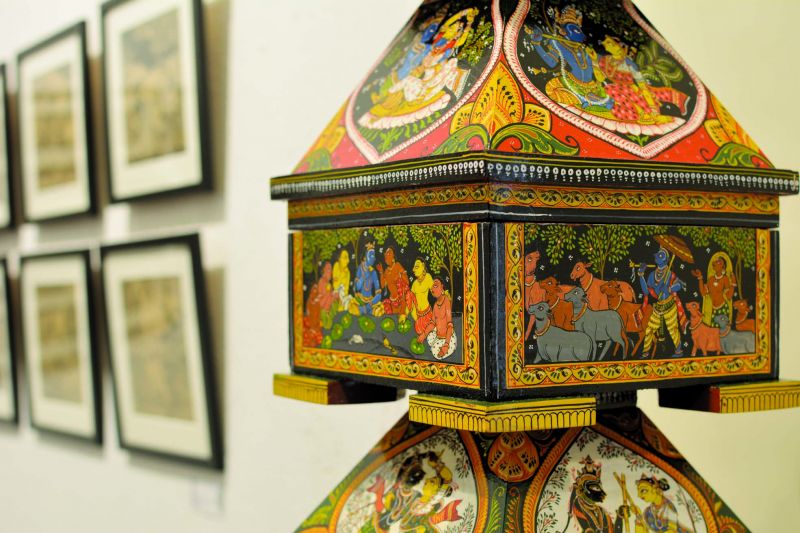 In 1996, the artist won his second National Award for a creation that boasted another art form native to Odisha —palm leaf etching. To draw attention to this lesser-known folk art, Bijay will be conducting a workshop on it in the city. Talking about the rigours of the art, he says, “These creations are made on sheets made from palm leaves. An iron stylus is used to etch designs and text onto the sheet. Then, black ink is applied to darken the engravings.” Since there is no way to rectify mistakes, one needs to be extremely careful while engraving. “If you make a mistake, the whole sheet has to be discarded. So a single creation takes three to four days to complete,” he reveals.

Although his pattachitra workshop is houseful, the artist rues the fact that not many youngsters are taking up the two traditional folk arts as a career. “Pattachitra and palm leaf engraving are time-consuming art forms. It takes years of practice to master them. But today, we want things in a jiffy and people are not willing to invest time on learning, or appreciating these traditional art forms. We’d rather look at our mobiles than a painting” he observes. But the artist is confident that anyone who is willing to persevere will surely be able to master both pattachitra and palm leaf engraving. During the workshop, as participants sit bent over their canvases, we hear Bijay telling them, “There’s an artist in all of us. We tap into our artistic sensibilities often, when we go shopping, or when we dress up. All we need to do is focus on this instinct and work towards sharpening it.” 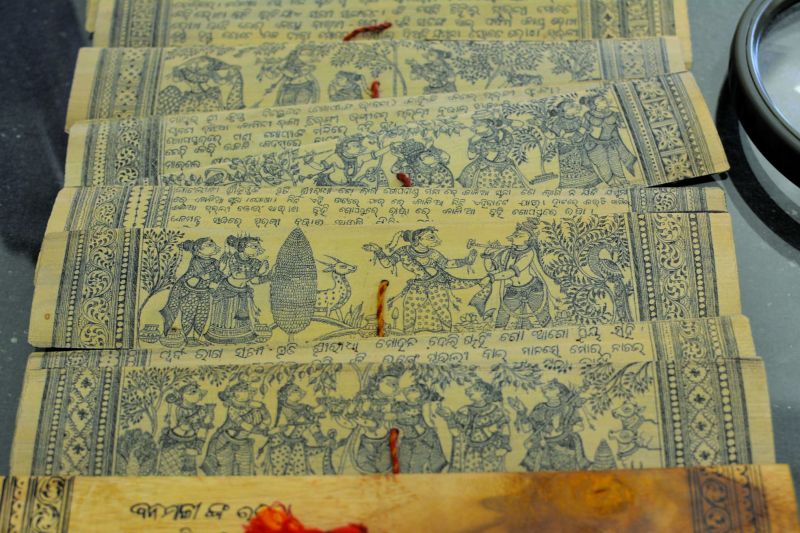 Engravings made on palm leaf sheets

The palm leaf engraving workshop will be held at ARTISANS’ gallery today, from 3.30 to 6.30 pm. Bijay’s pattachitra exhibition can be viewed at the gallery till August 29.