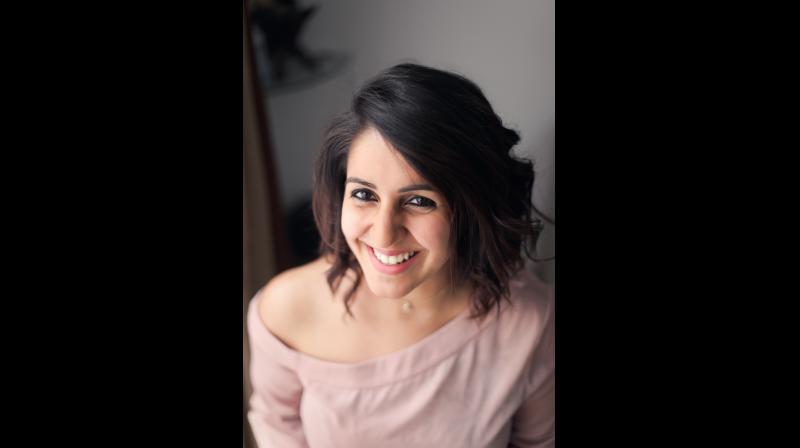 Witnessing a new-born grow is amazing for a parent. The first few months of a child’s life are a whirlwind of change. All parents want to freeze every moment of their little one’s development, to cherish later. And new-born photography is a genre that grants that wish!
Celebrity and maternity photographer Amrita Samant, founder of Mommy Shots, is one of the first exponents of this specialisation in India. Having started out seven years ago, she is now supported by an all-women team.
Talking about her all-woman team and breaking the gender barrier, Amrita says, “It was a conscious decision to include more women, as I feel they are good with emotional bonding with kids. And when I started this journey, I did feel a pressure to survive as a female in a male-dominated area. But nowadays, the scenario is looking up and many female photographers are doing great.”
Speaking about what motivated her to jump into what has traditionally been a male bastion after acquiring a double Masters degree in Human Resources (HR) and having worked for almost seven years as an HR professional, Amrita says, “Photography happened to me by chance, while assisting a friend at a wedding shoot.” Elaborating, she says, “Even when I was working fulltime in HR, I devoted my free time to creative pursuits. But actively taking up baby photography happened after I got to spend a lot of time with my sister’s kids. I realised that I love both kids and photography, and thought, why not combine the two?”
Amrita reveals that she’s the youngest of three siblings, and that her parents had clicked many pictures of the other two while they were growing up, but got “bored” when it came to her. “Sadly I don’t have many pictures of mine while growing — such an irony given the profession I am in,” she says.
Shooting with children is hectic. “One of the challenges is to break the ice with kids who are old enough to talk; and with the younger ones nothing can be planned,” says Amrita. “A shoot might get extended, as the baby may fall asleep in the middle of the process,” she shares, adding, “I even read various books to understand child psychology.” Talking about her work during the current pandemic scenario, Amrita says she was routinely taking many of the precautions that are mandatory now. “As we shoot with children, we have always been extra careful with hygiene, like washing hands, cutting nails,” she explains. “The only addition has been the masks.”
Amrita uses some of the proceeds from her work for raising awareness about breast milk donation for critically ill babies and also for kids battling cancer.
Amrita’s clients include Gul Panag, Sameera Reddy, Suresh Raina, Ravichandran Ashwin, Robin Uthappa, Murali Vijay and Yash (of KGF fame) to name a few.
When asked about her experience of working celebrity parents, she promptly replies, “What I have realised is that they are parents first and celebrities later.”

Amrita Samant on Suresh Raina
We were planning to do the shoot for a long time, but it finally happened when we were in Amsterdam. Suresh’s kid is very friendly. In fact she is the one who broke the ice and asked me to play with her when I went to her home for the shoot.

Amrita Samant on Gul Panag
Her kid is a mini version of her. The moment Gul enters our studio, the entire aura changes. She is so vivacious.

Amrita Samant on Yash
He is very hospitable and humble. I had the opportunity to interact with him while shooting for his second child.

Amrita Samant on sameera Reddy
I have got the opportunity to work with her and the kids on multiple occasions. She is like a sister, there is a lot of trust is between us. She keeps me encouraging a lot.