If life’s a stage… dance on!

It is interesting that danseuse Sonal Mansingh uses these words to describe dance. 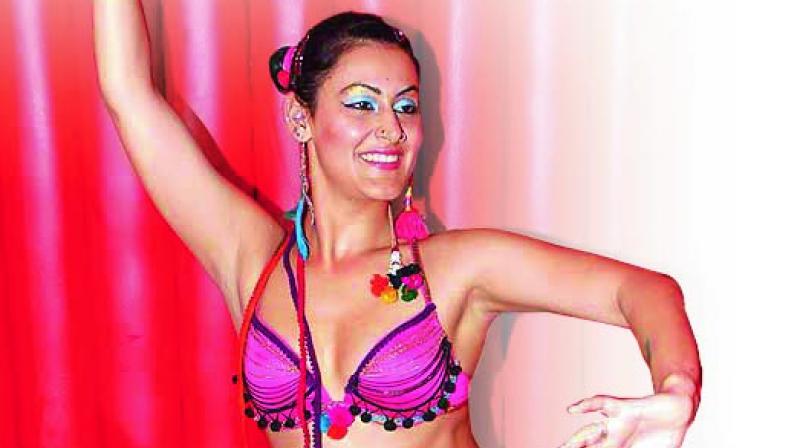 I was a plump little eight-year-old when my mother took me to a neighbourhood home to try my hand at Bharatnatyam. She said it would be fun! Well, far from it, I felt overwhelmed by the technicality of the aramandi, the basic posture in Bharatnatyam, to say nothing of adavu, the initial dance steps, and the mudras, or hand gestures that sought to convey a meaning. It must be quite clear to you by now that I left the class within a week, blaming it on Tamil! I said I didn’t understand it. Hey, I was eight. That was my first tryst with a dance form.

Today, as I reminisce about that class, I feel it could have done me a world of good. It could have provided me an outlet to cast off the pressures and mundanity of daily life — the commute, the work and the deadlines. At the end of the day I just want to “let go of the stiffness in my body, mind and attitude.” 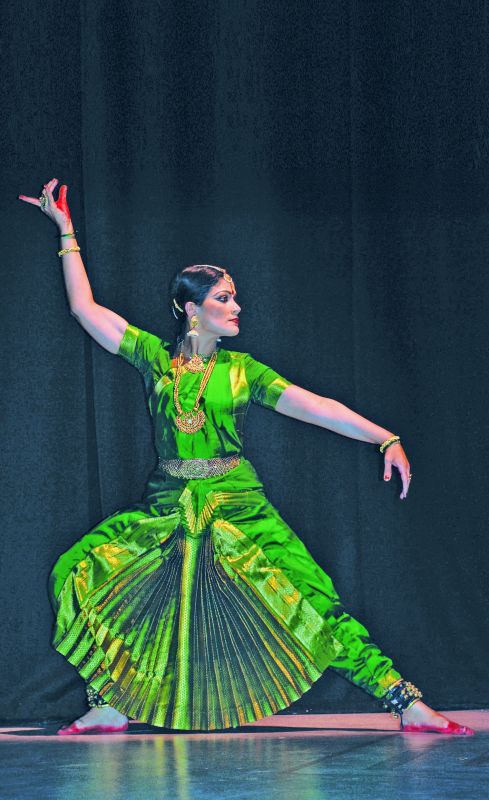 It is interesting that danseuse Sonal Mansingh uses these words to describe dance. My thoughts exactly!

In 1982, Unesco decided on April 29 as the date to celebrate International Dance Day. This Saturday, the world celebrates the movement’s 35th anniversary.

On this occasion, I asked the masters of different forms of dance their thoughts on the significance of the day, and more importantly, dance itself. As I talked to them, I got more curious about what drew them towards practicing dance as a full-time profession, their ideas on the different forms and what dance means to them. If this has piqued your attention, then read on. 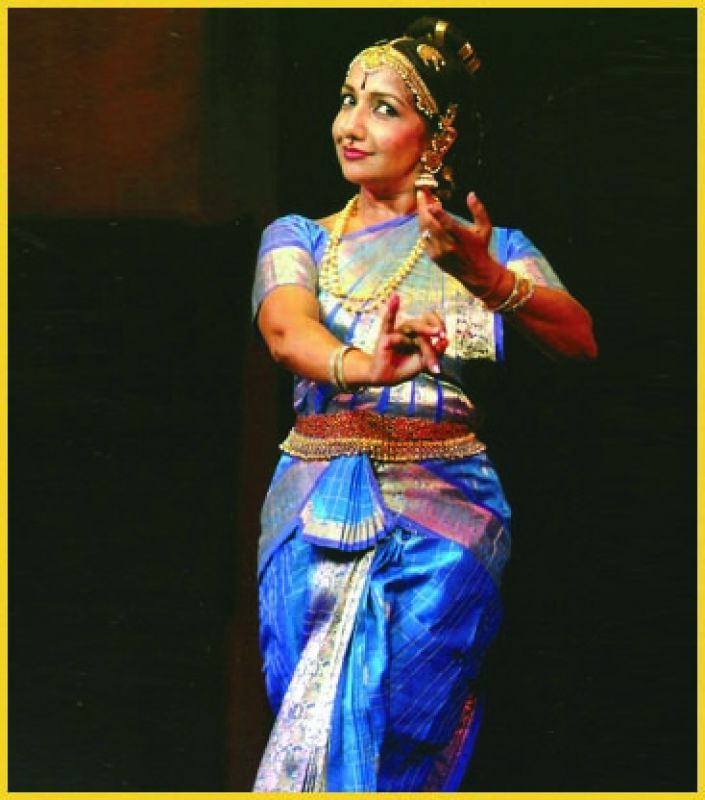 Meher Malik started the Banjara School of Dance in Hauz Khas Village and assumed fan following and love for belly dancing through her performance on the popular reality show India’s Got Talent. When I asked her what dance meant to her, she gave me breezy yet intimate insight:

“Dance is a language of the body. Celebrating that freedom in you. It is that expression of being free. Dance celebrates your body.”

And here I was, a naive eight year-old thinking it was a handful! If only, I understood that dance was a language in itself…

“It is an art form where one can express oneself without saying anything and connect with others too.”

Kaushalya Reddy, who completes the celebrated trio of Kuchipudi with Raja and Radha Reddy, says dance is “everything for me... it’s my soul, my oxygen.”

“My world revolves around dance. This is where I belong,” she adds.

For Geeta Chandran, the celebrated Bharatnatyam exponent, says dance is a “way of life”. 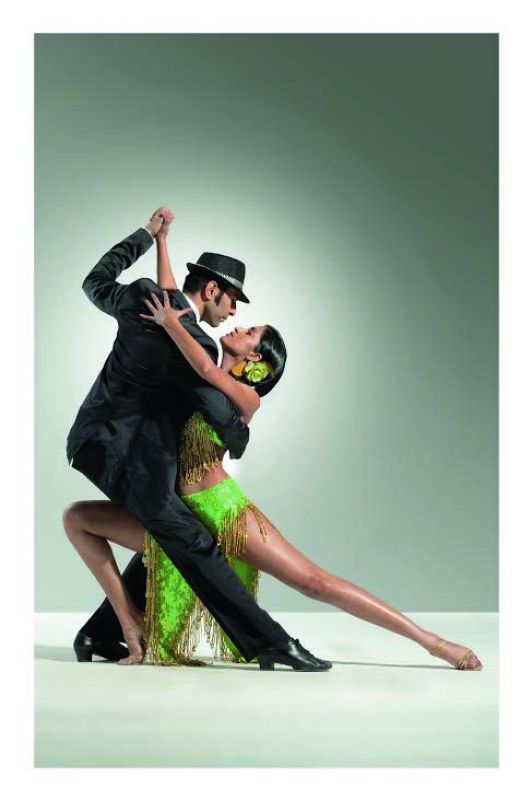 “Our first cry is in a certain pattern of movement. The blood in our body dances in a certain movement. Our heart beats in a certain taal…” Soparrkar trails off.  Dance “creates life and brings life so to me dance is life, and those who look at it as a mere stress buster, medium of expression or mode of weight loss are only looking at dance in a superficial manner,” he adds.

Somehow, Mansingh always makes it more relatable. “The whole idea” she says “is to move with music and joy.”

But what is it that makes these luminaries choose dance as a profession? Apart from being food for the soul, what makes dance so lucrative?

Chandran says she pursues dance as a profession because it enables her to pass on her knowledge to her students. And she is grateful for that opportunity.

Reddy believes dance is a good way to channelise one’s energy. “Today, kids take up classical dance, because parents want them to pursue serious art. It makes one level-headed and confident as one connects with history, mythology as well as our traditions. It keeps you rooted. It takes a lot of concentration, focus and discipline,” she adds.

It is interesting how a form of art that is considered so liberating is at the same time so demanding on your faculties. It requires rapt attention and practice, as Reddy says.

And to think it is also a release. Dance provides an opportunity to explore and express myriad emotions: anger, sadness, love, romance, disappointment, and even frustration.

Talking to these stalwarts made me wonder if there was any one form that they could suggest for starters. The simplest, the easiest, wherein I could let go and just be. The responses were an eye opener for me. I understood that dance transcends forms:

“You do a Zumba, Jazz or Bharatnatyam, you should know the grammar of style — the feel with which you do it. There’s good dancing and not so good dancing, but no dance form is better or worse,” Chandra says clearing the air on what dance means.

Still, this doesn’t clarify whether dance is about the form or form is secondary to dance.

“Artists need to come to a level where we reach to the dance as a whole and not in its different departments and compartments... it doesn’t matter what dance forms we do; a dancer is always a dancer,” Soparrkar says.

Malik opens up the scope of the discussion a little further by saying that “some people are interested in organic, earthy dance forms like African. There are women who want to celebrate their own sensuality… there’s belly dancing and then there’s classical dance where people want to keep their roots alive.”

It seems dance, like the postures and expressions on display, is fluid. It is open to how one wants to interpret it. Dance lends itself to the practitioner’s purpose. To some it’s tradition. To others, it’s liberating. Some unwind and yet others feel rooted and find focus in dance.
Fascinating!

If dance is all of these, and more, then isn’t it about time we made it more popular? How do we make dance a part of people’s lives in India?

In the West, there’s a concept of social dancing where you see people well into in their 80s and 90s taking tango and ballroom dance classes. How do we make that happen in India?

Chandran is curating the World Dance Day celebration, a two-day event, for Natya Vriksha and India International Centre, on International Dance Day, that will feature performances as well workshops on dance. Hopefully, this could popularise dance in Delhi for starters.

“When one dances, one feels trupti or satisfaction. You connect with yourself with the divine and with the audience. To promote dance, we need to have ticketed shows,” Reddy says.

Mansingh believes dance is an essential part of life in India. “We have folk dances, but in urban societies we are neither there nor here... In remote villages in Gujarat, men dance. But in cities, men have this stiffness. It is time we shed this ego and flow with life,” she adds.

Sopparkar tries to cajole people to go for the experience: “Dance has the power to enhance and enrich one’s life in a way you never thought it would,” he says.

But what about those who have two left feet?!

Chandran comes to the rescue with this piece of advice: “Those who don’t dance should become rasik — one who truly enjoys a good dance recital. To unwind by watching others dance is akin to having an affair with dance,” she signs off.

In its many forms, from freestyle, classical, folk, ballet and ballroom, to fluid forms like contemporary, waltz and ballet; and fierce ones like hip-hop, jazz, b-buoying, tutting, krumping and popping-locking; dance is truly colourful.

More so when it comes to Indian classical dance forms that adhere to the Natyashastra like Bharatnatyam, Kathak, Kuchipudi and Odissi. The romance and passion of the Rumba, the Bachata and Salsa is also equally intoxicating. The beats of a dhol could compel you to break into a Bhangra, gidda, garba or bihu…

So, this International Dance Day, let’s shed our inhibitions, turn on the music and dance!

And those who still find it difficult to do so, can swing and sing along with Bob Marley to: