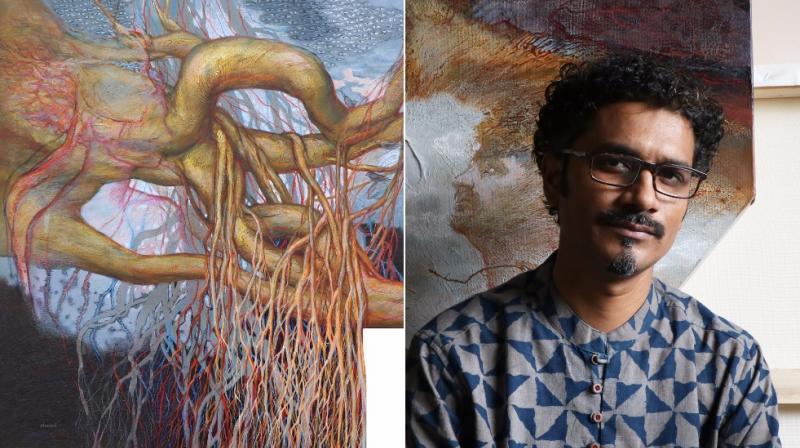 Manoj Paturkar with one of his artworks

Manoj Paturkar is all geared up with his new exhibition Arka-Roop which presents the viewers with the artist’s spiritual pursuits underlining the non-dual relationship between man and nature. The exhibition will take place at Jehangir Art Gallery from August 1 to August 7.

Speaking about his present series, the artist says, “This series of paintings deals with the different dimensions of the relationship between human being and nature as a physical and metaphysical reality as such.” 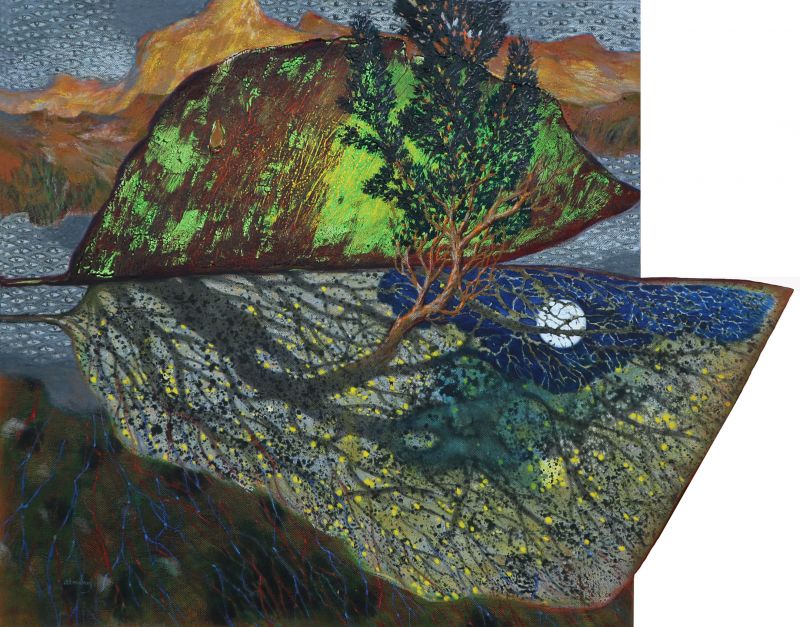 He goes on to add, “From the smallest micro organisms to the largest animals, all life on Earth has a common ancestor. Consciously aware or not, we are deeply rooted in the cosmic reality. Everything is connected to everything. We, with Mother Nature, are one organic unity. But our rapid success as a species has began to affect this natural order which we do not even think of.”

The artist furthers that with largely growing population, humans are playing a tremendous role in the disruption of Earth's natural system. 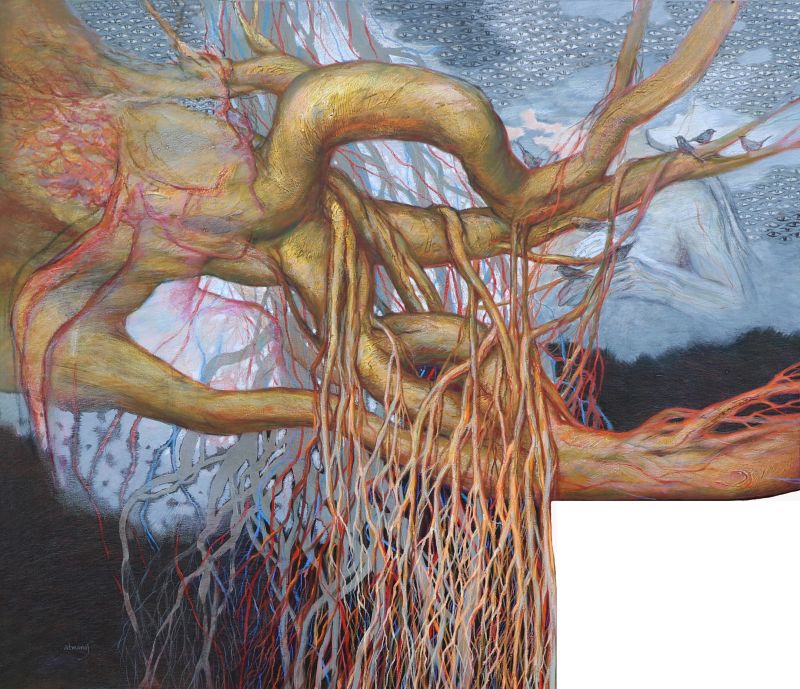 Mixed Media on Canvas by the artist

“As we continue to grow and have a greater impact on Earth's system, it is imperative that we address our role and relationship with nature.”

“Being an artist, my concern here is to deepen this understanding that we do not exist as a separate entity, we do exist as part of nature like every other species. There is no replacement for Nature which we cannot exist without.” 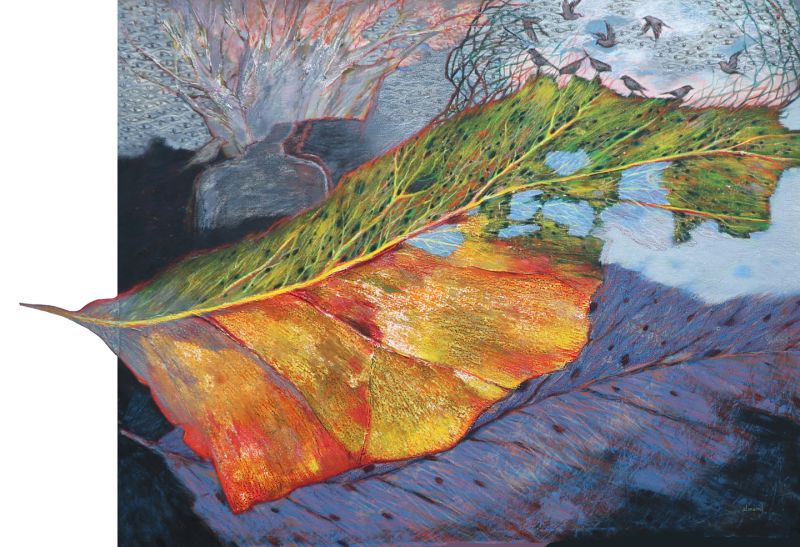 Manoj is a keen observer of his surroundings. His works, silently make viewers acknowledge the impact human beings are exerting in the disruption of Earth’s natural system. He feels, as an artist, it is imperative that he evokes this issue with a great urgency.

Describing his artistic style, Manoj says, “I love to express myself through this visual language of painting using mix media on canvas. Unbiased and choice less observation makes one develop the sense of witnessing. Whole of my process of creation and the outcome as painting stands for such a witnessing element in life. To depict this witnessing element, I use to paint a pattern of eyes in my works. This represents the symbolised sense of awareness; watchfulness and observation as a soul form my body of work. And this is what differentiates my style.” 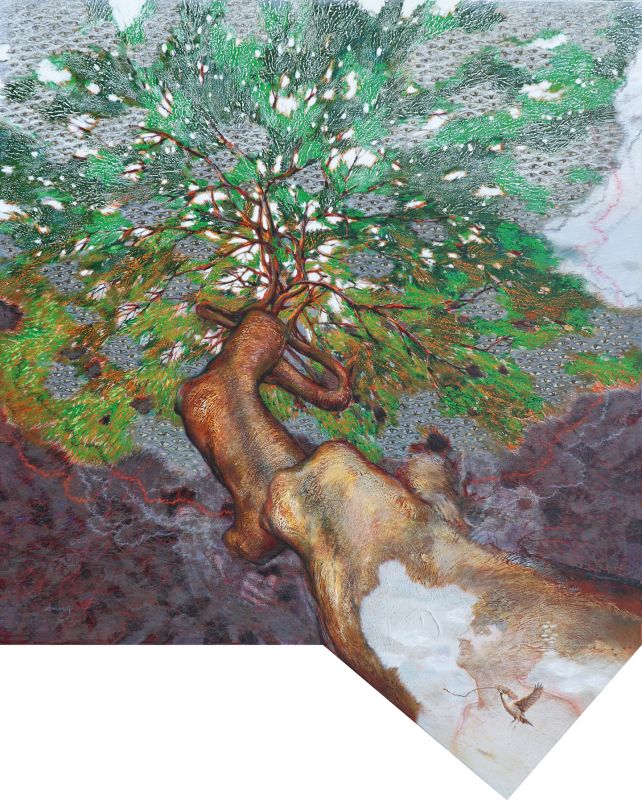 As for what does art mean to him, he concludes, “Art for me, is a transcendental expansion of what I experience and perceive through reality. The paintings, thus, become the solidified and enhanced expressions of what I do witness in day to day life. A painting, as a visual, beholds an intrinsic virtue that yields more than one meaning or perception and serves different interpretations.”