Hazra loves to experiment with various surfaces, media and textures, enjoying the freedom and space they allow him. 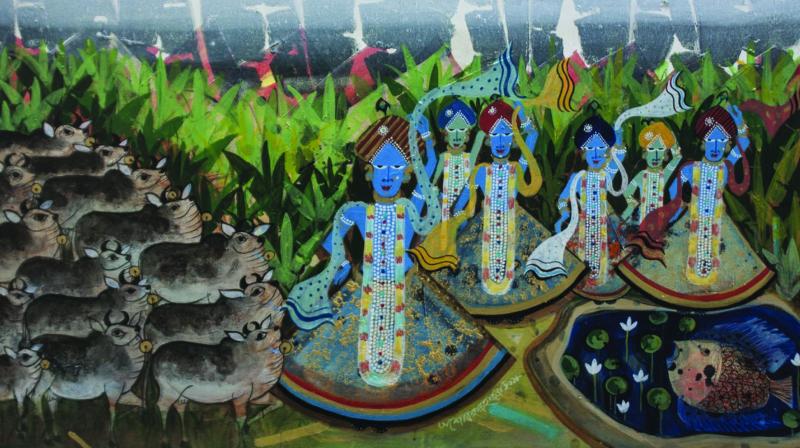 In a world of conflict and problems, artist Ashok Hazra finds his spiritual peace and artistic inspiration in the mysticism and teachings of Lord Krishna.

When Krishna is the muse, the art that captures the myriad nuances of this blue-skinned deity is both enigmatic and spiritual. Inspired by the Srinathji form of Krishna in Nathdwara, Rajasthan, Ajmer-based artist Ashok Hazra is presently showing a solo show of paintings titled Krishna — The Enigma at Gallerie Ganesha.

“I am deeply fascinated by Krishna, in whom I find great relevance for even the contemporary world,” says the artist, adding, “Krishna’s flexibility, adaptability, statesmanship and courage in the face of any challenge inspired me both as a person and as an artist.” Krishna's teachings in the Gita inspire him in life, and he illustrates them on canvas. 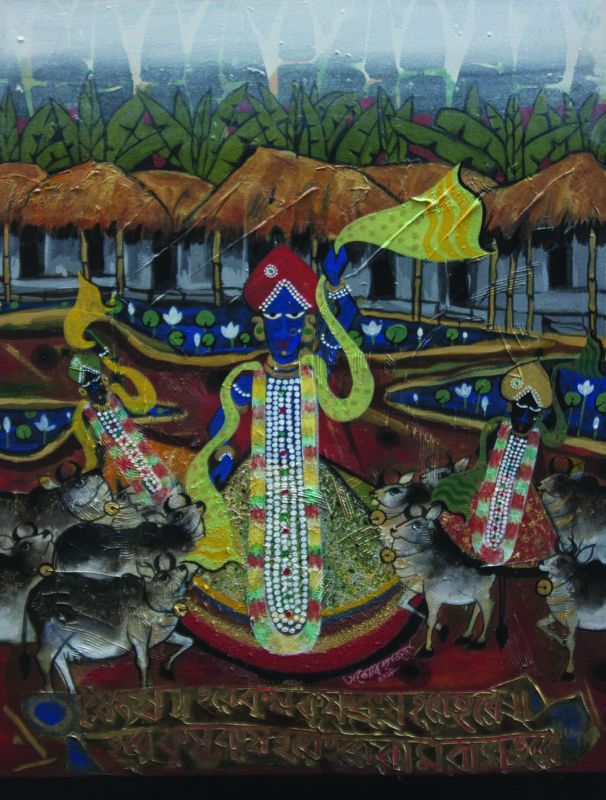 “I have been supporting myself since I was in Class 9. My elder brother Dilip Hazra was also an artist but he could hardly paint because he was in a government job. I did not want to be restricted by bureaucratic hassles, so I moved to Ajmer to teach art at Mayo College,” recounts the artist.

Before Hazra began painting Krishna (one of his earlier series was about Krishna’s playfulness as a flute player), he worked on a series titled Fantasy, based on the dreams and visions of his youth, and the Clown series which captured poignant moments in a clown's life. “I used to visit the circus in Ramlila Grounds as a child and what struck me about clowns is how they hold the whole act together with their mischief and flamboyance even though their life is not so easy.”

He did several paintings of the elephant-headed Ganesha before he started depicting Krishna on canvas in 1998. “Changes in forms and themes remain a part of the process, but the underlying note or mood in all my works is the feel for everything Indian,” says 70-year-old Hazra, who does not stick to any particular style or school of thought, and believes in going with the flow of the mood and moment. 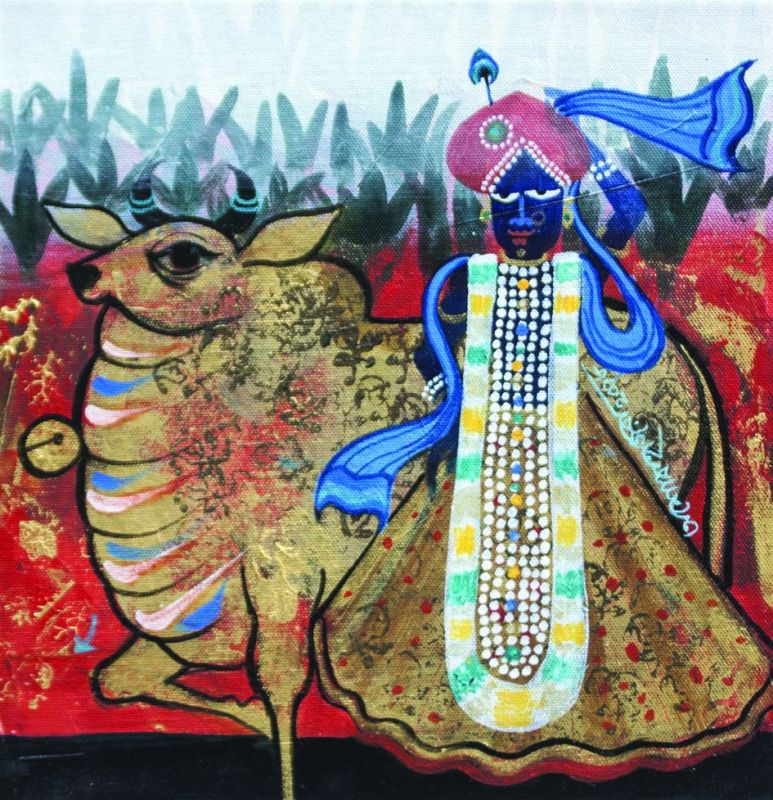 Hazra loves to experiment with various surfaces, media and textures, enjoying the freedom and space they allow him. “My work is all about textures, I neither follow the Bengal school nor the Rajasthani miniature style. I have worked with many mediums like pencil, water colours, oils, water-proof inks and acrylics.”

For this series, he uses subtle shades of acrylic to recreate the dark jambul-coloured icon, surrounded with cows gazing at him with soulful eyes. These paintings have a calming effect. The rhythmic brush strokes, the forms and textures, the lines and dots and layering of colours are all reflective of Hazra’s deep connect with Krishna. 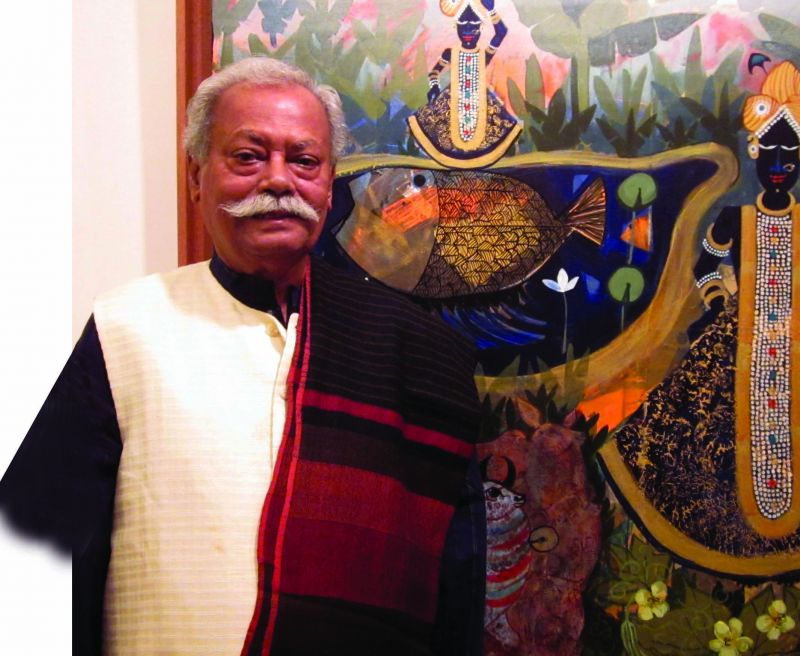 “In today’s world we try to look for peace in times of conflict and it is in Krishna, his lila and mysticism that we find solace,” he says.

The exhibition is on at Gallerie Ganesha, E-557, Greater Kailash II, till April 18