Leonardo da Vinci spent many nights studying the muscles and nerves underneath under the skin. 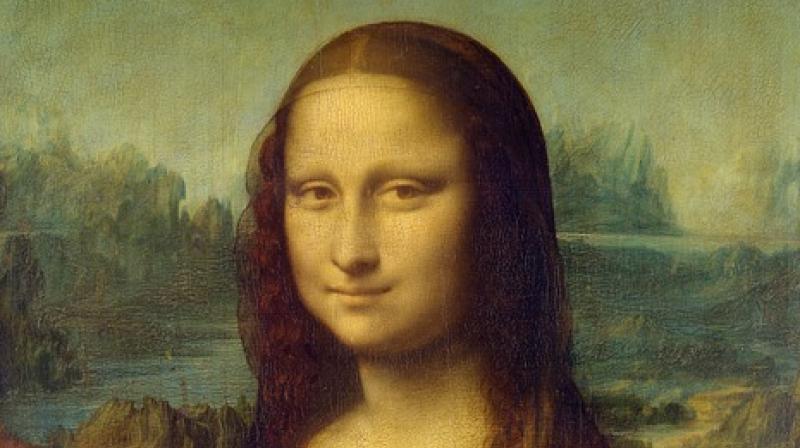 New Delhi: While perfecting Mona Lisa's smile, Leonardo da Vinci spent his nights in the depths of a hospital's morgue, peeling the skin off cadavers and studying the muscles and nerves underneath, says a new book.

Da Vinci became fascinated about how a smile begins to form, and he analysed every possible movement of each part of the face to determine the origin of every nerve that controls each facial muscle, Walter Isaacson writes in "Leonardo da Vinci: A Biography". Isaacson, a University Professor of History at Tulane who has been CEO of the Aspen Institute, chairman of CNN, and editor of Time magazine, weaves a narrative that connects da Vinci's art to his science.

"At the time when he was perfecting Lisa's smile, Leonardo was spending his nights in the depths of the morgue under the hospital of Santa Maria Nuova (near his Florence
studio), peeling the skin off cadavers and exposing the muscles and nerves underneath," the book, published by Simon & Schuster, says.

Da Vinci was especially interested in knowing which of these nerves were related to the brain and how these would help in painting Mona Lisa's smile. There is a mystery to the smile, Isaacson says. "As we stare, it flickers. What is she thinking? Our eyes move a bit, and her smile seems to change. The mystery compounds. We look away, and the smile lingers in our minds, as it does in the collective mind of humanity. Never in a painting have motion and emotion, the paired touchstones of Leonardo's art, been so intertwined," he writes.

Da Vinci discovered that the muscle that purses the lips is the same muscle that forms the lower lip. "Pucker your lower lip and you can see that this is true; it can pucker on its own, with or without the upper lip, but it is impossible to pucker the lip alone. It was a tiny discovery, but for an anatomist who was also an artist, especially one who was in the midst of painting the 'Mona Lisa', it was worth noting," the author says.

Then da Vinci drew a row of lips with the skin layer peeled off. Even though the fine lines at the ends of the mouth turn down almost imperceptibly, the impression is that
the lips are smiling.

There is other science involved in the smile, Isaacson says. "From his optics studies, Leonardo realised that light rays do not come to a single point in the eye but instead hit the whole area of the retina... With this knowledge, Leonardo was able to create an uncatchable smile, one that is elusive if we are too intent on seeing it," he writes.

Scientists recently found a technical way to describe all of this. "A clear smile is much more apparent in the low spatial frequency images than in the high spatial frequency image," according to Harvard Medical School neuroscientist Margaret Livingstone. "Thus, if you look at the painting so that your gaze falls on the background or on 'Mona Lisa's' hands, your perception of her mouth would be dominated by low spatial frequencies, so it would appear much more cheerful than when you look directly at her mouth."

A study at Sheffield Hallam University showed that Leonardo used the same technique not only on "La Belle Ferronniere" but also on the recently discovered drawing "La Bella Principessa", the book says.