Chhath Puja: These Muslim artisans have been in Chulha-making business for decades. 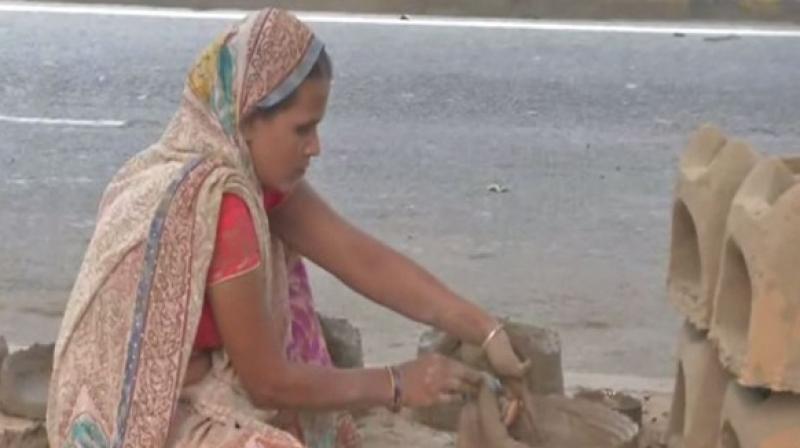 Patna: Chhath Puja celebrated in Bihar with fervour by Hindus is also much anticipated by those from the Muslim community who are engaged in making earthen chulhas (stoves) for the festival. According to tradition, devotees prepare prasad and offerings for Chhath Maiya on earthen stoves and thus the stoves are quite significant for worshippers.

Birchand Patel Path here is home to a number of chulha makers from the Muslim community who say they prepare the stoves are made with great reverence and take care to ensure that there are no errors.

"Even though this festival is celebrated in the Hindu community, I like it too and there's no discrimination from my end," explained Kamukhtari Khatun, an earthen stove maker and seller. These sellers aren't new to the business and have been carrying forward the legacy of their families.

"My parents were in the same business too and so am I here taking their legacy forward. Now, for over two decades we have been creating pots for the festival," she added. Sanija Khatun, who also displays her chulhas at Patel path in the city, said: "I have been associated with the business for a decade now. My father-in-law used to make pots earlier and today we create around 80-100 chulhas and the sale is satisfactory. There is no Hindu-Muslim in this."

Mohammad Nizam, who has been in the business for over four decades shared that he has the same respect for the festival like the Hindu devotees. Chhath Puja, the festival dedicated to the Sun god, is celebrated on the sixth day Kartik month of Hindu calendar.

A customer Ramji Prasad overwhelmingly expressed, "What can be better than people from other communities too are playing their part in Hindu's festival." Every year, the festival commences with oblation to the setting sun and concludes with the rising sun. This year, Chhath Puja will be celebrated from the evening of November 13 till the morning of November 14.