Gender, no bar in modeling

There is an increasing trend of casting transgender persons as models by ad agencies and production houses. 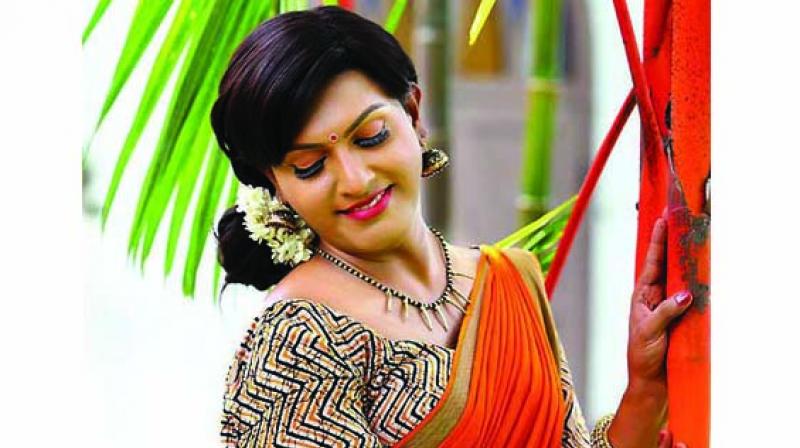 The LGBT community was once condemned to social fringes and people shrugged off associating with them. That narrative is changing. Kerala government has formulated the transgender policy giving the community the much-needed legal support.

Shunning stereotypes, the advertising and modelling industry is taking note of transgender persons and inducting them into modelling campaigns.

Transgender persons have different stories to tell of their brave encounters. They show the world that they are also good-looking models. The message that comes across is that their modelling is not focused on gender but their social integration on an equal plane. The recent ad campaign of traditional brand Karalkada had transgender person Gowri Savithri smiling down from hoardings. Dressed in a Kerala Kasavu saree teamed with red blouse, Gowri’s smile captivated many.

This was not the first time Gowri had modelled for a brand but it was the first time the traditional, well known brand, Karalkada, broke convention by opting to use a transgender person as a model with the tagline, ‘Gender has many colours, but Kasavu has only one’.

Anish and Deepa, the husband-wife duo who own Karalkada, were adamant that there be no clichéd photos or captions and wanted to send out a social message too.

Kochi-based DocArt Productions, helmed by Sharmila Nair, which conceptualised the ad, gave them just that.  Deepa says, “This was just one of the many photo series that we came up with and it was a joint decision to use a transgender person as a model. I have interacted with many transgender persons and am aware of the struggles they go through for social acceptance. The positive climate prevalent in our society towards the community also gave us the edge.”

Deepa emphasises that the ad does not focus on the clichéd transgenderperson but busts the stereotype of what a model should look like.

Sharmila reveals another problem— in getting a male model to act opposite the tall Gowri. “Many male models could not match up to Gowri’s stature and the male models were worried if people would think they were really a couple,” she says. At last Mathai Bibin stepped in to model opposite her and Deepa is happy with the very positive response. She quips, “Nobody even realised Gowri was a transgender person,” Adding, “It was an all-round team effort that paid off.”

On her part, Gowri Savithri is happy with the positive response to the ad, but having been a part of the Red Lotus brand ad that created ripples in the online space a year and a half ago, she rues: “It is sad that I had to wait for one and a half years for another opportunity to come by. There was another transgender person featured on the cover of a leading women’s magazine sometime back. But it is sad that no regular modelling offers come in. That is the change we want, which is not happening!”

Gowri admits she was surprised when she got the modelling campaign offer: “We have the same beauty and talent as other women. After I did the Red Lotus campaign we had enquired about other modelling offers from leading brands but no one welcomed us. Should we not be given a chance to prove our talent and improve our lifestyle by being given opportunities?”

Gowri continues: “The social media accepts us but the wholehearted acceptance by society is yet to come.”

Which is what Sharmila chose to remedy. She had initially cast two transgender persons — Gowri and Maya for her own clothing brand Red Lotus.

“I felt the campaign would give them more opportunities but no, the publicity fizzled out in a month,” Sharmila recalls.

She also faced her set of challenges when she decided to use transgender models: “Gowri bluntly told me that the clothes would not sell and I asked her not to bother. Getting a location was very difficult and we were turned down just because we were using transgender persons as models. At last the Red Lotus shoot was done in a church classroom and garden.”

The ad was accepted by social media which prompted her to start her ad agency. Sharmila reveals that she had no knowledge of their way of life till she got acquainted with Jijo Kuriakose, founder member of Queerala, a support group for the members of LGBTQ community.

She explains, “He shed light on the community.” So when she got a chance to dump the staid, Sharmila did it through her production house that came up with the Karalkada campaign. The looks she designed for Gowri were subtle and classy.

Ain Honey Aarohi is another transgender person who was part of the Weavers Village campaign a year ago. “It was the first time that a transgender became a brand ambassador for a clothing brand,” she recalls. Ain is happy with the opportunities coming her way. Ain modelled for another brand and is also a part of a theatre group and has been crowned at several transgender beauty contests.

Slowly but surely, winds of change are blowing