The power of make-up

Apart from enhancing features, make-up can transform a person and give them confidence to take the world head-on. 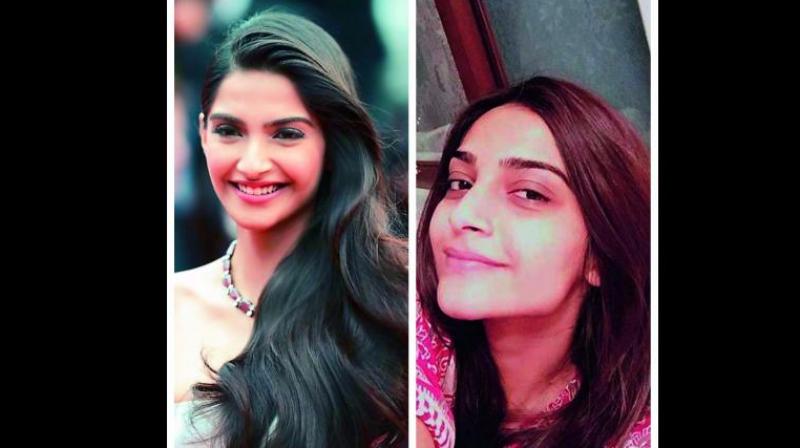 Sonam Kapoor looks ordinary without make-up, the actress with make-up.

Not just diamonds, make-up is every woman’s best friend! The history of make-up can be traced back to 10,000 B.C., when cosmetics such as ointments to clean the skin, mask body odour, kohl and coloured clays and dyes for rouge lips and stained nails were used. Even today, make-up is an integral part of a modern woman’s life. In a recent interview, Bhumi Pednekar of Dum Laga Ke Haisha fame, revealed that she believes in the power of make-up and that it can transform an individual to look more beautiful. “I am a glam girl and believe in the power of make-up and fashion. I take almost two hours to get ready,” she says.

With so many new and advanced techniques and cosmetics in the market, make-up can transform anyone, including Bollywood divas who look completely different on screen from what they are in real life. “Of course, make-up can transform a person completely. Actresses are perceived to be glamorous and make-up helps them there. One can certainly look a better version of themselves,” explains Mickey Contractor, one of the most sought-after make-up artists of the Hindi film industry. 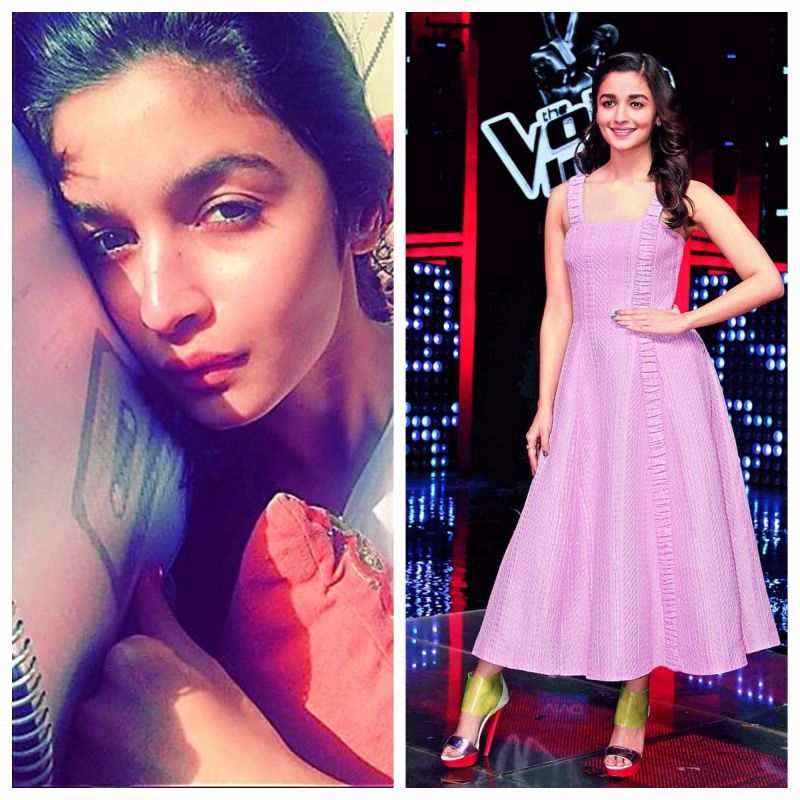 Celebrity make-up artist, Tamanna Rooz, shares the same thought. She says, “Celebrities are style icons for the youth. Be it any age or era, people idolise the stars. But, if the star doesn’t look amazing or is not dressed in the most stylish clothes, why would someone admire them? Make-up helps the actresses look flawless and makes them stand out from the crowd. Perfect make-up is as important for celebs as good dressing and acting skills are.”

So, can one believe that actresses are as ordinary as any other girl? “Absolutely,” says award-winning make-up artist Namrata Soni, adding, “Most of the actresses are ordinary, with few attractive features. Rani Mukerji has beautiful skin and pretty eyes. A little extra eye make-up and keeping other features subtle makes her look like a goddess. Likewise, most actresses have distinctive features which one has to work around with.”

However, it’s not just make-up which helps. “Make-up is a part of a list of things that make the actors look amazing. How to present themselves, glamorous styling and good body language are some of the other things that help them,” says Mickey.

But that’s not all! Make-up also has therapeutic powers. While some women say it makes them feel more confident, others say they love experimenting with looks and colours as a way of expressing themselves. “I don’t think make-up is just a tool for changing the way you look, it imparts confidence too. Every woman is beautiful, you just have to know what to enhance. It also helps working women perform better, as they feel much better about themselves,” says Namrata and adds, “While applying make-up, you concentrate on making something better and that is therapeutic. Who doesn’t want to look their best? Make-up gives you that power.”