Ankit Kajla who is a fashion design student, was picked the winner of a prestigious award. 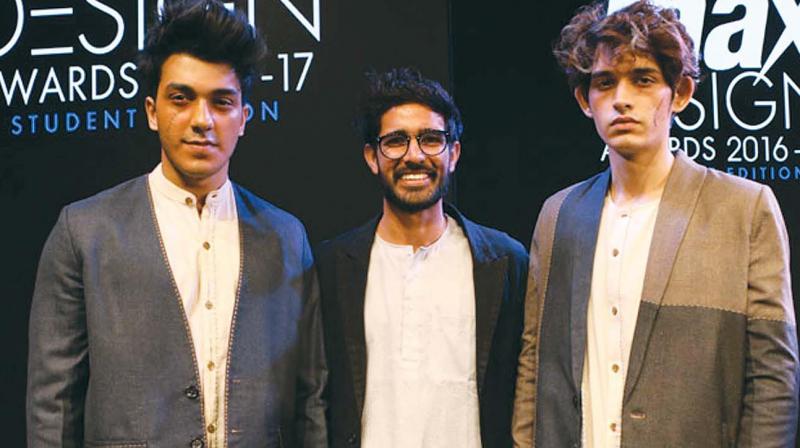 Ankit Kajla’s story reads right out of a Bollywood script — a small town boy, comes to the big city with stars in his eyes and a heart of dreams, and what do you know? He’s well on his way to achieving it! A student of National Institute of Fashion Technology (NIFT) in Bengaluru, this 22-year-old was picked as the winner of Max Design Awards in Mumbai recently. Here, he talks about his big win while giving us a peek into what his design aesthetic looks like.

Ankit confesses that he initially knew nothing about fashion. “I used to live in a village and didn’t have that kind of exposure. I remember being fascinated by my uncle as he carved wood and I always had a thing for getting involved with handicrafts,” he says. Having studied at the Motilal Nehru School of Sports (Rai) in Sonipat, Haryana, he’s now studying to be a fashion designer. “I have always believed in the character of the fabric rather than just its surface. Every fabric has its own story to tell on the basis of how it has been weaved and with what density. So, the fabric has certain behaviours and I am constantly in conversation with it,” he explains.

For the awards, his submissions —  both prêt and couture, needed to follow a theme — “The Dark Side”. “The theme became quite personal to me as I explored events from my life in clothes. The journey has been about patching up emotional layers and still walking through. For this, I weaved a dramatic journey of patchwork, volume and layers of varied cuts and proportions,” he says, inspired by the ‘master of shadows’ Yohji Yamamoto. For his interpretation and crisp styles, he was also awarded Rs 50,000 and a photoshoot with a popular photographer (whose name is still under wraps).

As he prepares to send in his submissions to the prestigious LVMH Prize next, nudge him about his plans ahead, and he chalks out his vision. “For now, I want to work with Rajesh Pratap Singh. Someday, I would like to open up my own menswear label — may be not in five but 10 years from now,” he smiles, being realistic. Until then, he predicts that he’ll be faithful to his journey — to learn.