Living the life of your own choice

Natasha, a Kolkata born, came to Delhi for her graduation. Ever since she realised who she was, she decided to undergo a transition. 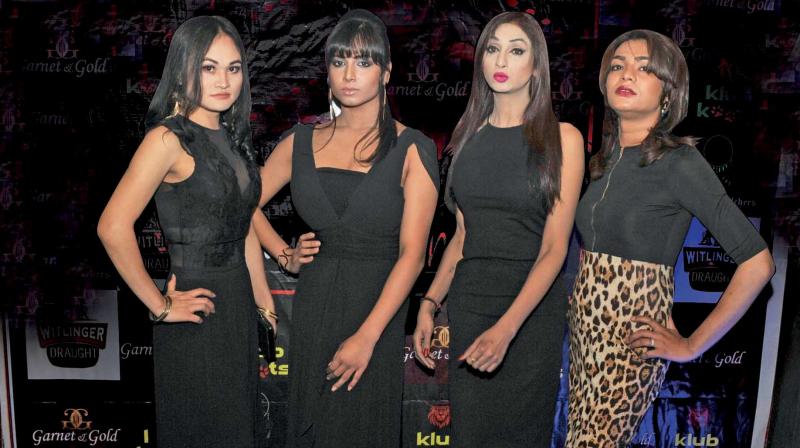 As a city, Delhi is home to numerous individuals who come from small towns in search of employment and an independent life. Just like Vippy, Tanu (Singh), Natasha (Biswas) and Lelsnifi (Mate) — transwomen — who came here, fighting with their families, in search of their very identity. They all had one thing in common: they wanted to pursue a profession in which they are comfortable with who they are. After a few odd jobs, they realised that it was the beauty sector, where they belonged. A few years in the city, and today, they are all set to walk the ramp for the upcoming beauty pageant, Miss Transqueen India 2017!

Thanks to Facebook, where the four discovered this pageant, which is probably going to be the game changer of their lives.

Brainchild of entrepreneur Reena Rai, the pageant (which covers 10 states from the country and around 1,500 participating transwomen) will have its winner represent India in Miss International Queen at Phillipines.

“I have worked as make-up artist for almost four years now, and nothing has made me feel more secure and independent in life. My initial days in the profession were full of resentment and rejections from clients. But today, I am successful and have had photo shoots with photographers like Rahul Dutta and Suvo Das,” says Vippy, 28, who works at a salon in the city.

Incidentally, Vippy met Reena during the latter’s appointments at her salon. Reena — who found Vippy’s behaviour somewhat strange — started talking to Vippy and even invited her home for lunches and dinners.

“I attended the Hijra Habba by India HIV Aids Alliance last year. Seeing how discriminated they are in the society, I always wanted to do something to empower them. Then I met Vippy and saw how difficult it was for her to live a normal life. I was with her throughout her transition, which was both psychologically and physically devastating,” says Reena.

So, the pageant, which was done out of sensitivity and concern by Reena, has turned out to be  a pathway to success for these transwomen.

Tanu, 26, who comes from a “typical Punjabi family living in Ludhiana”, hadn’t had it easy. It took around 20 years for her to convinced her family about her identity, which only resulted in them rejecting her and outcasting her from the family to the extent that she wasn’t there for  her late grandmother’s last days.

“When I came to Delhi, I took an internal transfer from the telecom industry in which I was working. But then, I never felt connected to my job. Since childhood, I was very fond of putting on my mom’s make-up and her clothes. So, I decided to leave my job and do a course that could help me become a make-up artist,” says Tanu.

“It was then that I decided to go for a transition as well. I feel much relieved now. I’m doing something which I always wanted to do. However, life is still not easy. I get eve-teased very often. But these things don’t stop me. I am participating in this pageant and I want to go much further,” adds a hopeful Tanu.

Education and even a little family support have helped these women move ahead in life.

Natasha, a Kolkata born, came to Delhi for her graduation. Ever since she realised who she was, she decided to undergo a transition.

“My family was shaken by my actions,” says Natasha, adding, “Thankfully, my brother understood me. I began with my career as a model with a modelling agency in Delhi. I made contacts with freelance photographers and they introduced me to an e-commerce portal, where I currently work as a stylist.”

“I feel proud of myself today. Life is fun and being happy is very important. My hard work has paid off. The transition was not easy, neither was the journey. But I overcame all these hardships and that should be given consideration,” adds Natasha.