The fashion industry often highlights socio-political issues. But is it always sensitive to the deeper emotional impact of the issues? 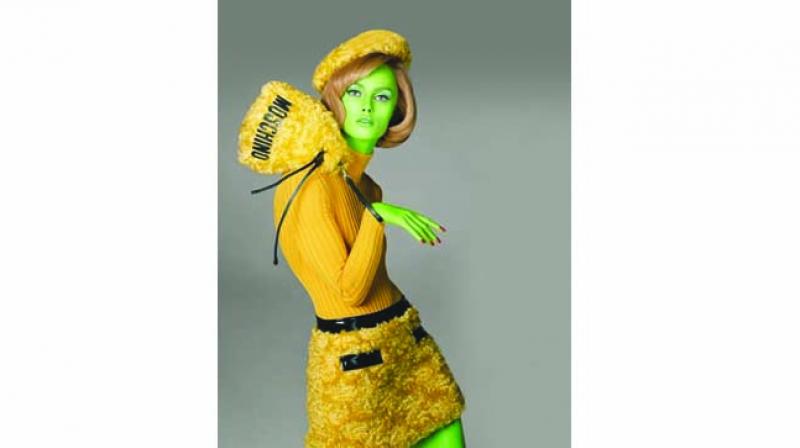 Fashion campaigns don’t just reflect the sartorial moods of the changing seasons. Often they take a cue from topical issues. Dress, style and the ramp have often highlighted socio-political issues. Recently, fashion brand Moschino came under fire for its latest campaign ‘Alien Nation’ which was inspired by Donald Trump’s strict immigration policies. The campaign was launched on Instagram by the brand’s creative director Jeremy Scott, who uploaded a photo of supermodel Gigi Hadid masked in blue body paint alongside a caption that read: “The only thing illegal about this alien is how good she looks.” After the tidal wave of response it triggered, the caption was removed. But this is not the first time the fashion industry has been criticised for tapping into political issues without fully understanding or being sensitive to the deeper emotional impact of the issues. Dior came under fire for its feminist slogan tees, and Burberry’s collection at the New York runway that was highly influenced by the LGBT community drew criticism too.

“Political fashion lines have often been controversial,” shares Ashima Sharma, fashion designer and founder of Ashima S Couture, adding, “From Gucci to Alexander McQueen, every high fashion couture brand has come under fire. Many a time some real issues have been dealt with strongly while at times trivial points have been hyped. Fashion should be very objective  so that no group, community or people are hurt. Also, no one individual should be targeted as this could create a lot of controversies for the brand and even the right message won’t get it’s rightfully due.”

According to Sharma, diplomacy is much required in the case of political fashion. And this idea is reinforced by model Amit Ranjan, who too believes in the need to be diplomatic while dealing with sensitive issues. “I feel the fashion industry should be able to voice their opinion on what is happening around the globe because that is their creative freedom. There should never be a restriction on that. However, like in all cases, diplomacy and prudence are essential in matters which are politically aligned. So, even though the fashion industry can voice its opinion on politics, they should ensure proper research and in-depth understanding before making a political fashion statement,” shares Ranjan, who believes that just like any other popular art form, such as films, paintings and philosophy, fashion has a huge responsibility in influencing people’s perspectives and gets affected by what happens on a humanitarian, social and political level.

US-based designer Tina Tandon strongly believes that fashion has always reflected the times and eras we have lived in and helped create an image of what has been happening throughout history. “The free-flowing dresses of the 70s were synonymous with freedom and flow, the skirt suits of 50s highlighted the advent of the working woman, and so on. Today, we are able to write and print words on clothes that portray a message, reflecting the current times. Fashion and art have always reflected the times and the sentiments that went along with it,” shares Tandon.

For Surya Sur, owner of Steele collection, fashion and politics have always worked hand in hand. “Fashion and politics have always been intertwined. It is a means of communication and makes a statement without a spoken word. So, the fashion industry is accountable to the norms and regulations of the society  and should work cooperatively to encourage such revolutions that promote social justice and equality.”

Talking about how fashion is in the news for being unbiased in terms of race, class and creed, Rajan shares, “A perfect example of political fashion is khadi being worn by Prime Minister Narendra Modi, making it a new style statement. Other ideologies recently highlighted by fashion are darker, more tanned faces which are changing the obsession with fairness that was previously very prevalent in India.”

However, the idea of models sashaying down the ramp wearing dresses that make a political statement isn’t necessarily good news. The industry has a solid record of co-opting political and countercultural movements, marginalised groups and non-Western cultures, then making a good profit out of it.

Model Lakshmi Rana finds it imperative that everyone in the fashion industry should promote and encourage responsible fashion. “Being creative doesn’t mean being insensitive about issues plaguing our world today and the last thing one should do is try and gain mileage out of politically sensitive issues,” she says.

Adding to it banker-turned-model  Bandana Sondhi feels that fashion is and should be global, fun, experimental, innovative, multi-dimensional and even historical for that matter. “The beauty of fashion is its endless inspiration, unbound and limitless and that is why it is so creative. However, one thing fashion should not be is political.” According to Sondhi, politics is a point of view — what can be personal to one might be alien to another. “Politics is an opinion and always biased in some way, as it solely depends on one’s perspective. No matter which country, fashion should never allow politics to enter its territory as it may hurt the sentiments of a certain section of the community.”

She asserts the need to harness the positive force for what fashion is known for and make it enjoyable for all globally. “Religion and politics are sensitive issues and when dealt without care, often has violent repercussions. Thus, fashion needs to be a unifying entity and a positive force and not negative in any manner,” shares Bandana.