Met Gala 2019 kicks off with great pomp and show

Everything you need to know about the 'Camp' fashion theme for this year. 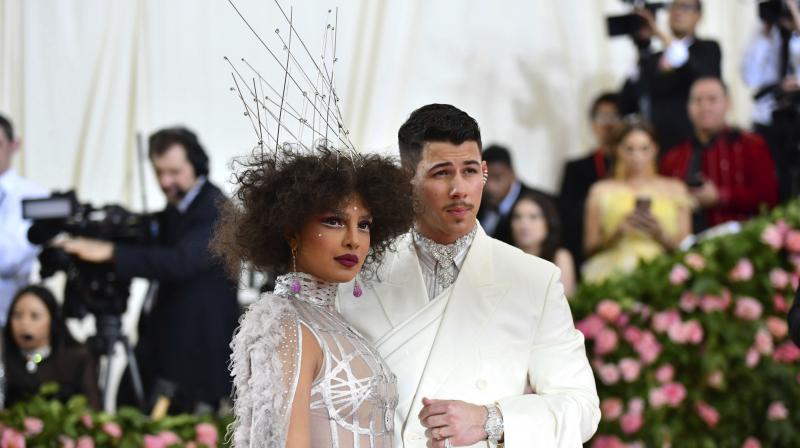 Washington: A star-studded night and everything vogue, which is what Met Gala, is all about. However, this year's theme, 'Camp: Notes on Fashion', has arisen a curiosity out of the word 'Camp'.

Every year on the first Monday in May, the Metropolitan Museum of Art organises the Costume Institute Gala, more commonly known as the Met Gala, to kick off the beginning of its popular fashion show at The Costume Institute. Stars put on their best to match the theme of the year at the red carpet, and this year would be no different.

As reported by People, Met Gala's 2019 theme has no resemblance to the literal meaning of 'Camp' that involves pitching a tent. The theme is rather taken from American writer-filmmaker Susan Sontag's essay 'Notes on Camp' from 1964, which begins by defining the term as "its love of the unnatural, of artifice and exaggeration." Here the term is not in relation to beauty but with the degree of stylisation, the degree of artifice.

The essay continues in 58 bullet points that just converge to one single term, 'Camp'. Susan explained that not everything can be 'camp' but a lot of things can be 'campy' which may include songs, films, costumes and people, all can be confined to 'Camp'. Susan also threw light upon some of her preferred examples, 'Swan Lake', 'King Kong'.

"Whether it's pop camp, queer camp, high camp or political camp, Trump is a very camp figure; I think it's very timely. Much of high camp is a reaction to something." the curator of the institute, Andrew Bolton, told the New York Times, as cited by People.

It seems like the 'Camp' theme has been in trend lately. Alessandro Michele, Gucci's creative director who is co-chairing 2019 Met Gala has a staunch inclination towards 'Camp' theme, which is evident with his gender-bending suits or dramatic theatrics at his shows.

When you come across quotation marks in a fashion line, know that you have just witnessed 'Camp', which beliefs quotation marks to be its significant component. American fashion designer, Virgil Abloh also relied on the use of the marks on pieces throughout his Off-White line in the last few seasons. He quoted terms like "Fine Arts", as he shared his latest designs on Instagram.

Susan highlighted in her essay that 'spirit of extravagance' is the hallmark of 'Camp' and so does the brand Viktor & Rolf, which has imbibed the theme in their large tiered gowns with phrases like 'Less is More'.

Celebrities are buckling up for their Met Gala looks. Miley Cyrus and Lady Gaga have already shared their pre-Gala preparation with the fans. The fashion jamboree will be held inside New York City's Metropolitan Museum of Art. The show will include 175 pieces from men's and women's wear.