Weavers from Varanasi have created special sarees with World Cup logo to present to the players. 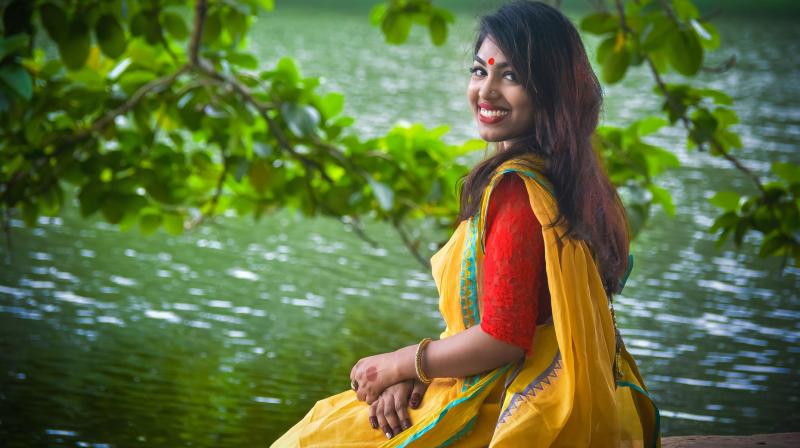 It is a similar blue colour to the team’s jersey colour and has a thin saffron border along the ‘pallu’. (Photo: Representational/Pixabay)

Varanasi: With India on the cusp of reaching the finals of the ongoing ICC Cricket World Cup, cricket fever has gripped the nation. While India await with baited breath for the semi-final match to resume on day two, weavers in Uttar Pradesh are working day and night on a gift they intend to give the Indian team upon their return to India, reported The Quint.

The weavers are making 16 special World Cup edition silk sarees which they will present to the cricketers. They can then gift them to their mothers or wives. These special sarees will have the World Cup logos hand embroidered on them, along with a cricket bat and ball too. The sarees have more than 400 logos all over it.

The saree has a similar colour scheme to Team India’s jersey. It is a similar blue colour to the team’s jersey colour and has a thin saffron border along the ‘pallu’. It has ‘ICC 2019’ written on it. The weavers took more than a month to weaves the sarees.

"I have designed the sari myself and the weavers have been called in from Kotwa, a census town in Varanasi district. Mubarak Ali is the main weaver and his team has been working on the saris," said Sarvesh Kumar Srivastava.

A cricket fan himself, Srivastava said that they are almost ready with 16 sarees that they are going to present to the cricketers. "The Micro-Small and Medium Enterprises (MSME) has encouraged me on the project," he added.

The sarees are made from pure silk and weigh nearly 500 grams. They are priced at around Rs 20,000 each.