The move is a welcome attempt for models who do nothing less than starving themselves to look like an ideal fashion model. 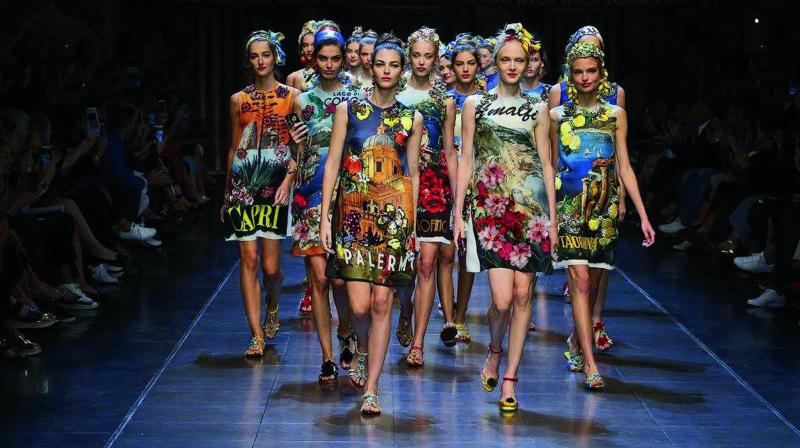 Extremely skinny models will no longer walk the ramp in France.

It’s time to bid goodbye to the ultra skinny body type or the unrealistic size-zero model, at least in the fashion capital of the world — France. The country has passed a law which compels all models working in the country to provide a doctor’s note certifying that their Body Mass Index (BMI) is not too low and that they are in overall good health. The move is a welcome attempt for models who do nothing less than starving themselves to look like an ideal fashion model.

“The move sends a progressive message to the fashion fraternity all across the world,” cheer models in India.

“It’s a positive step forward. It’s a message to everybody else in the world that it is not necessary to showcase clothes at the cost of a model’s health,” says Delhi-based supermodel Lakshmi Rana.

“In France, girls as young 13 and 14 get into modelling. That itself seems like a totally different ball game for me because a girl’s body does not fully develop at that age. I think that the situation there got really bad, hence, the strong move. For a country where things had gone to a point where the model had become anorexic, it’s a very important decision,” adds Lakshmi, who has been the walking ramp for leading fashion designers for the past 12 years.

According to the French law, (which was first proposed in spring 2015), a doctor’s note to a model will be valid for two years and will look particularly at a model’s BMI. If the BMI is under 18.5, the model will be classed underweight and liable to suffer from health problems.

However, unlike France where “being skinny” is tres trendy, Indian girls are liked more for their “curvaceous” figure so that they can carry an Indian attire with grace (on the ramp). “In India, models have a perfect BMI. If you put Indian clothes on a very thin girl, she is bound to just fall flat. The beauty in the Indian sensibility or its view on the world of fashion revolves around the idea of having a curvaceous figure,” says Lakshmi.

Talking about the ultra-skinny fad, model Amit Ranjan recalls that the trend resurfaced when  Victoria Beckham in one her shows decided to feature ultra-skinny models on the runway. And since then, they became a rage.

“There should be a limit on how much weight you should lose because if it goes out of hand, it becomes a health issue. Designers may want skinny models on whom they can put their clothes on as if models are hangers, but it depends on the models to not give in to such demands. In a scenario where youngsters look up to celebrities and believe what is on-ramp is in vogue, the models should be sincere enough to not send out messages like being malnourished is cool,” he says.

Like Lakshmi, Amit also thinks India is far away from such a debate. “In India, on contrary, we are doing shows with plus-size models. Some designers and brands are rooting for ‘real’ people as their models. Also, the bridal market is huge in India and ethnic dresses like lehengas, saris, and sherwanis, demand an Indian body. Indian models carry off these dresses so well that you will never see fashion designers opting for thin foreign models for their ethnic or Indian collections,” he adds.

Akanksha Sharma, who was among the top five finalists of MTV’s India’s Next Top Model (season two), seconds Amit. “In India, malnourished models are not considered beautiful. Here, being healthy is considered the norm and you can’t disregard your ‘own’ things. Whenever I audition for big fashion shows, I have never been asked to lose weight,” she says and adds, “As models, we keep a sharp eye on what body shape is ruling the industry. Even supermodels like Kendall Jenner, Gigi and Bella Hadid are not ultra-skinny. Models, national or international, should not promote the skinny look as the ideal look. Thus, I believe the French law banning excessively thin models is a welcome move.”

Model Saud Hasan Khan agrees and feels that even modelling agencies should take a cue from this law and start becoming more sensitive towards upcoming models.

He says. “Labelling a girl as overweight can make her feel extremely discouraged, especially when it comes to this profession. It’s about time that modelling agencies also give proper guidance to health to our girls.”