Organisation toured across all 30 states of country and has crowned winner from each state who shall now compete for coveted crown. 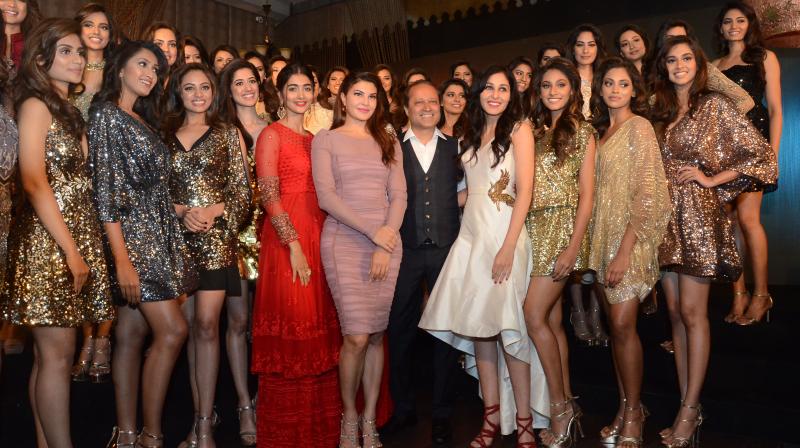 The organisation toured across all 30 states of the country (including Delhi) and has crowned a winner from each state who shall now compete for the coveted Miss India crown which will be handed over by none other than Miss India 2017 winner – Manushi Chhillar.

The 30 state winners were unveiled by Jacqueline Fernandez at the recently held launch party at Drop, Bandra, followed by an awards evening at Renaissance Powai.

The 30 winners sported creations by talented designers such as Kartikeya and Pria Kataria Puri as they walked down the ramp.

This year the pageant hosted mentors for each of the four zones who guided the contestants and helped them throughout the training and grooming period.

The pageant was closely mentored by Neha Dhupia (North), Rakul Preet (South), Pooja Chopra (East) and Pooja Hegde (West) who all made it for the party.

Each of these mentors have participated in the former Miss India editions and have worked hard and proven their prowess in every project that they have undertaken.