Rihanna revealed her range of designer lingerie at NYFW 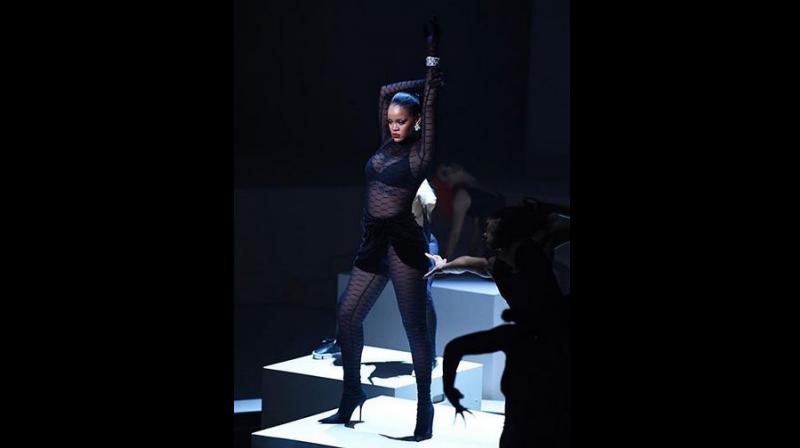 Media and attendees have been told that photography and videography are prohibited inside the venue. (Photo: Instagram)

New York: The latest example of this is Rihanna, who is set to stage her designer lingerie show for New York Fashion Week on Tuesday to an audience where phones and cameras have been banned.

Known for her daring, colorful looks on the red carpet, the Barbadian singer has become an increasingly influential force in the fashion world, and especially so since pairing up with luxury group LVMH to launch a beauty line.

That venture, called Fenty Beauty, had reached nearly 500 million euros (USD 550 million) in sales by the end of 2018 after only a year and a half.

The range catered to a more diverse clientele than many other brands, with a wide variety of skin tones in its foundation products for example, helping it succeed beyond its association with the singer.

LVMH followed up on the partnership with the launch of a new luxury brand with Rihanna in June - the first time in over 30 years the acquisitive group, home to major names like Christian Dior and Louis Vuitton, had started a label from scratch. It has given few financial details of the venture, also named Fenty.

The brand will mostly be sold online or through temporary pop-up stores, and will revolve around small collections that are rapidly renewed, a model increasingly followed by luxury labels new and old to entice younger shoppers.

Star power has worked particularly well in cosmetics, where reality TV star Kylie Jenner’s make-up line has made her a billionaire, and singer Lady Gaga is preparing to launch her own standalone make-up brand, sold initially on Amazon.

US handbag maker Coach has turned to singer and actress Selena Gomez to help design some models of bags, while singer Pharrell Williams has designed sneakers for France’s Chanel.

On Tuesday, the Rihanna show, which is not linked to LVMH in any way, will also feature music performances by artists including DJ Khaled and Halsey and “special appearances” by models Cara Delevigne, Bella and Gigi Hadid, actress Laverne Cox among others.

Media and attendees have been told that photography and videography are prohibited inside the venue, and that cell phones will be locked in a case during the runway.

“She (Rihanna) has re-invented the idea of what fashionable lingerie should be for a global customer,” head of Amazon Studios Jennifer Salke said in a statement, saying the streaming deal would give Amazon.com Inc’s Prime members “an exclusive front row seat.”