Male models were wearing striped pyjama-like shirt and shorts or drawstring trousers combinations as well as black or blue suits. 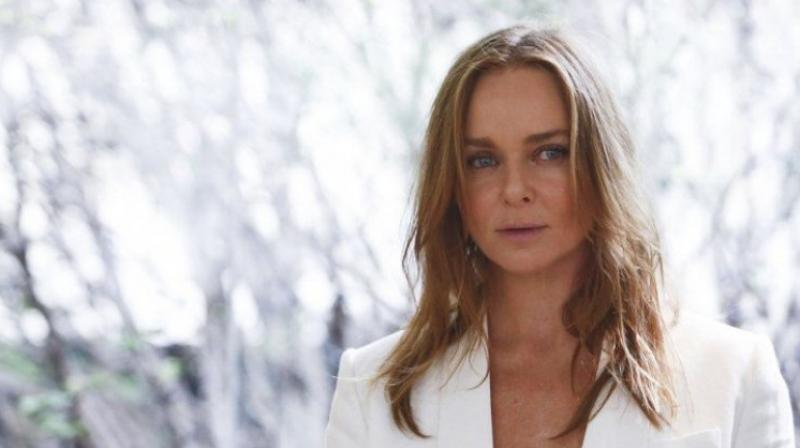 "It just felt like the right time" she said (Photo: AFP)

London: Fashion designer Stella McCartney drew inspiration from her Beatle father Paul when creating her first menswear collection, unveiling both relaxed and tailored looks for the male wardrobe. The British designer showcased the line on Thursday alongside her women's spring 2017 resort collection at a star-studded event at London's Abbey Road music studios, where the Beatles recorded hits in the 1960s.

In one of the studio’s large rooms, male models wearing striped pyjama-like shirt and shorts or drawstring trousers combinations as well as black or blue suits lounged about in makeshift living room settings, chatting and dancing to music. Old records were scattered around them. "It just felt like the right time, it felt like the womenswear was really in the perfect place to then have her man in her life and just to offer that wardrobe to men," McCartney said.

Asked if her famous father would wear the new line, McCartney said: “Yeah definitely, there’s a lot of inspiration obviously in him in the collection, so ... he better be wearing it."

For outerwear, there was a mix of big-pocketed jackets, trenchcoats, raincoats and bomber jackets. The designs, in a colour palette including khaki, taupe, ink and racing green, also featured playful flower embroideries. Models, who also played at pinball machines, wore colourful socks, at times teamed with sandals.

Accessories included sneakers and travel bags. In a separate room, female models, posing and dancing alongside guitars or recording studio equipment, wore lace blouses and cotton shirts with tiered skirts for the resort line, which is produced in between the two main seasonal collections. McCartney, known for her sharp tailoring and for mixing luxury and sporty looks, also presented light polka-dot and printed pleated dresses and loose trousers.