Fashion for a cause 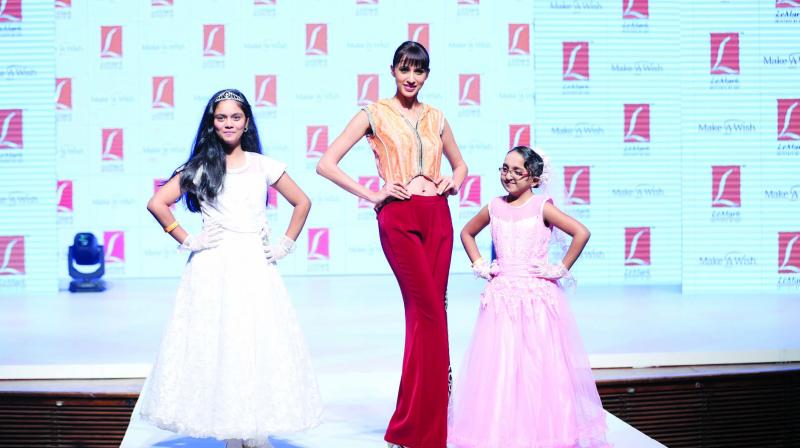 Budding fashionistas at Mumbai’s Lemark Institute of Art have organised a fashion show, with a difference. While the fashion show did see top models from the industry walk the ramp, two girls from underprivileged backgrounds were also invited to sashay down the runway.

The lucky girls, Aashna Salvi and Mansi Gaikwad, who are part of the Make-A-Wish Foundation, walked the ramp with model Alesia Raut.

For 12-year-old Mansi, it was a magical, memorable experience. “Photographers were clicking my pictures and they all wanted me to pose for them. It was so much fun. It was like being a celebrity. Everyone wanted to take my photograph,” says Mansi.

The little girl, who is enjoying the attention of her friends, says, “My friends used to laugh at me when I told them I wanted to become a model. Now they are happy for me.” 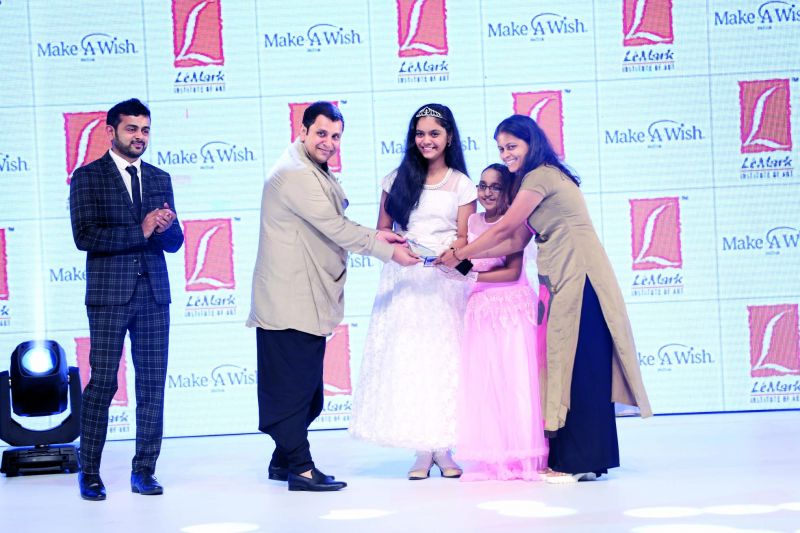 Aashna and Mansi receive gifts from directors of the institute.

Talking about the institution’s decision to include the two girls in the show, Sagar Shah, director of the institute, says,  “It’s about giving back to society. Everybody wanted models, but we took one step further and invited these little girls to walk the ramp. It was an effort to stay in touch with society.”

Titled Melange, which means blend or mixture, the show theme juxtaposed two contrasting ideas — The Art of War and Trapping Freedom —   both concepts being equally important in a mercurial modern world and the students gave shape to the theme through their innovative and unconventional collections.

Sihan, a second year student who won the Best Collection award after beating 18 different collections, chose to focus on the cages women find themselves placed in.

Shedding light on her unique creations, Sihan  says, “Women are caged and they have to be given their freedom. We brought out this message by showing birds in a cage, which represented women. We also  covered a model from head to foot at the start of the show, to depict a metaphorical cage, and at the end of the show, she was dressed in a flowing, white garment, which symbolised freedom.”

Sihan also opted to use unconventional materials in her collection such as wires and broomsticks to highlight the importance of recycling and putting waste to better use.

On the other hand, first year design student Shifa, chose to focus on nature. Her creation was titled Sparkles and Darkles and drew inspiration from fireflies that flutter around during the monsoon.

“My work was inspired by fireflies, and so the colour scheme was black and white,” says Shifa. Her innovative concept fetched her the best Commercially Viable Garment award.