Brittle-boned girl inspires many as she turns beauty vlogger 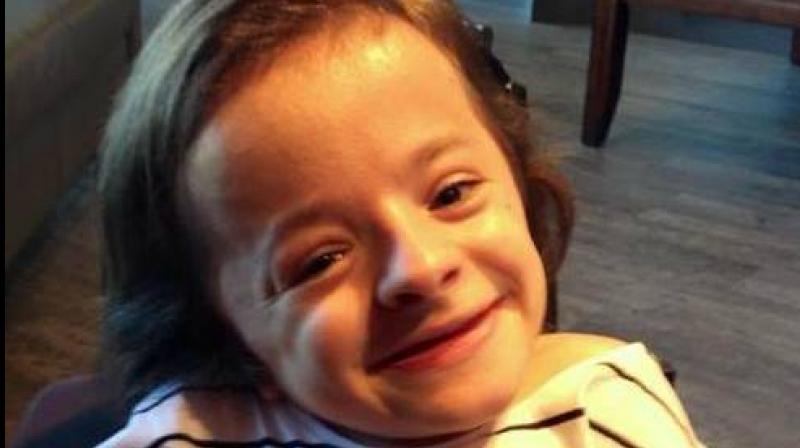 Nothing can beat a steadfast fortitude and resolution. Michaela Davert, 18, all of 2’ 6" tall has already suffered close to 90 fractures and 25 surgeries, but nothing has deterred her.

Michaela suffers from Osteogenesis Imperfecta that makes her bones break as easily as chalk. Having struggled to make friends at school, she turned her attention to the internet and launched her very own YouTube channel FunsizedStyle. The channel which has around 30,000 viewers shows Michaela advising them to forget traditional beauty standards. She now plans to move to LA to launch her very own fashion line.

As a youngster, as Michaela puts it, she ‘broke’ easily and that she feels deterred people from even coming close to her. “I pretty much fractured like a piece of chalk,” she says adding, “But now, as I have got older, my bones have got stronger which helps. But overall, my bones are still very fragile.”

Despite struggling to make friends in the classroom, FunsizedStyle has seen Michaela's popularity explode online.  The youngster says that growing up, kids did not really understand her and stayed away from her. She would watch other girls of her age make videos which inspired her to do the same.

She says, “You never really see girls with disabilities in the make-up profession so I wanted to change that and be a new face and a role model to younger girls and just have fun with it.”

Michaela says that it has been one of the biggest decisions of her life and she wants people to know they can ge through life’s challenges and enjoy it too!

Melissa and Michaela's dad, Kenneth, who has cerebral palsy, have always encouraged their daughter to live an independent life.

She currently has metal rods in her limbs and uses a wheelchair, but she refuses to let the condition hold her back, and as well as running her YouTube channel, Michaela is also studying for a degree in marketing.

Now the vlogger is thinking about her future, and said she has big plans for after she finishes university.