Masaba Gupta launched her latest collection that is an Indian representation of Game of Thrones. 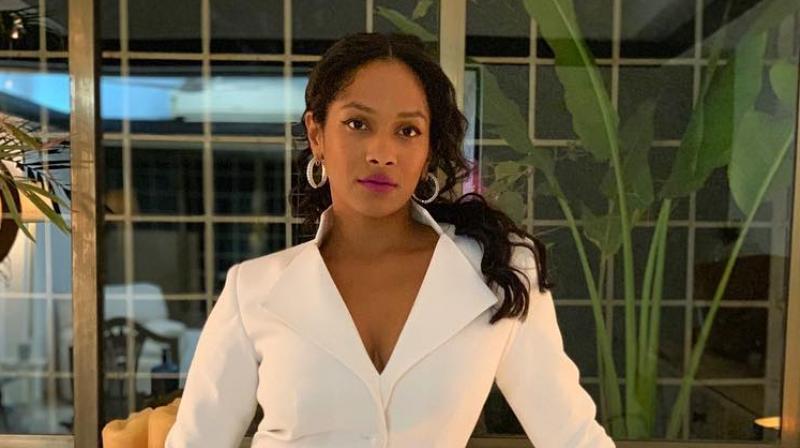 Mumbai: Masaba Gupta has given all Game of Thrones fan across the country a chance to rejoice. The designer launched her GoT inspired capsule collection recently with several fashion staples.

The company with GoT merchandising rights had approached House of Masaba a couple of years ago for a collaboration. "It took a long time to conceptualise and finally release the whole thing because it is a huge show and a big collaboration," revealed Masaba Gupta.

Masaba and her team faced several challenges when coming up with the Got-inspired line. As the show is not focussed on its fashion, it was difficult to incorporate elements of the show in designs that would resonate with the Indian audience. “I had to watch and re-watch the show to understand what I could do in my own style,” said Gupta to Pinkvilla. 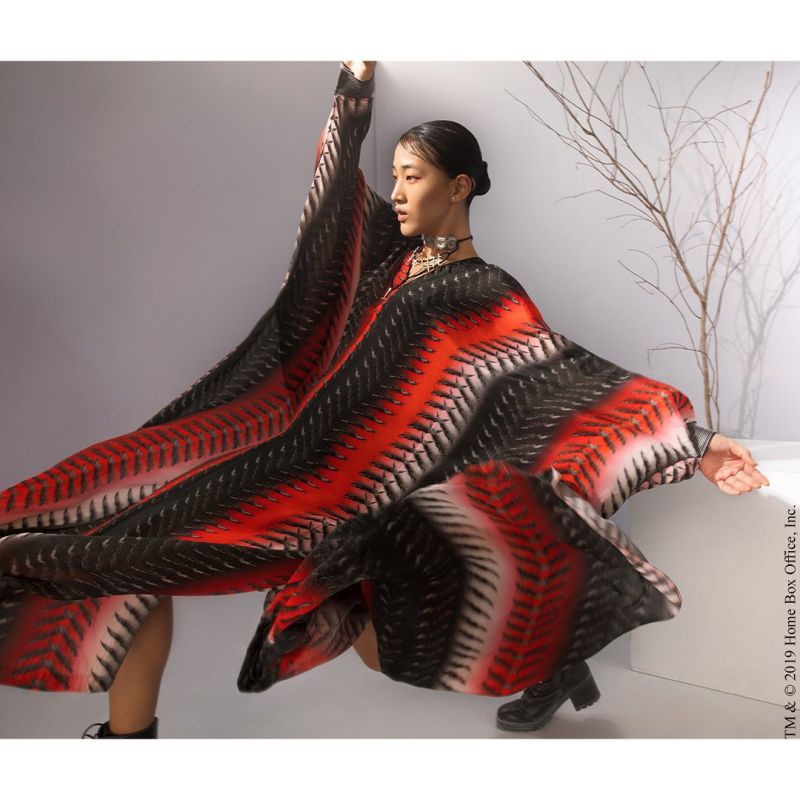 Inspite of being such a big project, there were no restrictions when it came to fabric and colours. There were basic guidelines that had to be followed, such as adhering to motifs and designs. "All the motifs and designs we were using had to be exact. We weren't allowed to switch them up at all. The dragon, the trees and more had to be depicted exactly. But these helped us create a well-rounded collection,” Gupta further said. 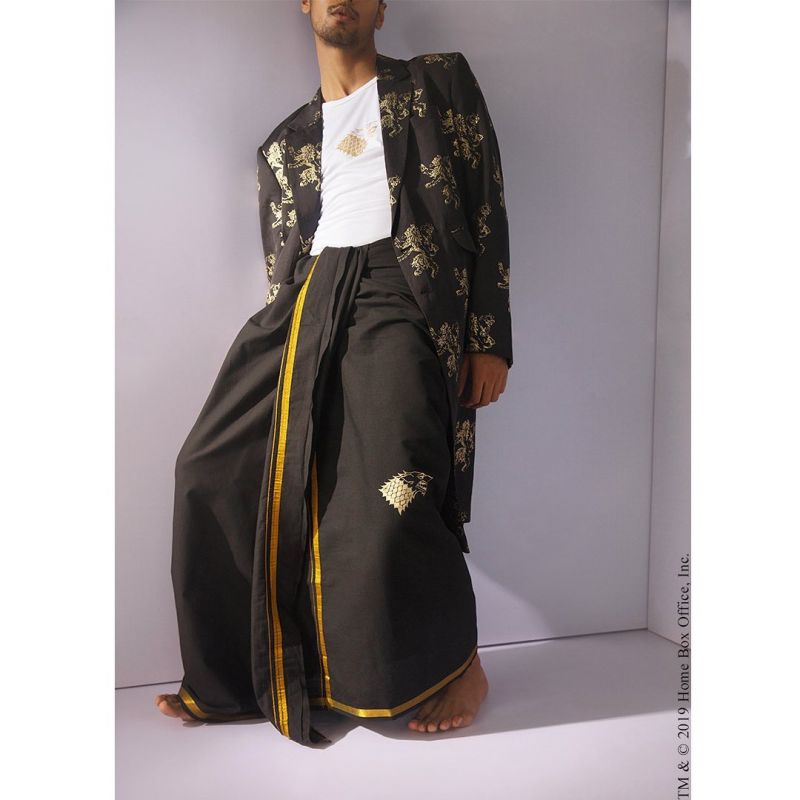 The collection has several ethnic Indian pieces such as sarees and lungis. (Photo: Instagram @masabagupta)

Gupta said that there weren’t too many motifs from the show that they could use, so the team created some of their own motifs as well, such as a sword, trees and the storm. They also incorporated limited colours in the collection; blood reds, dull greys and whites. “It was very new for us because our creations usually have a ton of colour,” said Gupta.

The collection also consists of Indian styles such as sarees, dhoti pants, kaftans and lungis. It also had western elements such as coats, t-shirts, blazers and trench coats. Keeping up with her signature style, the designer also incorporated several fusion pieces in the collection as well. 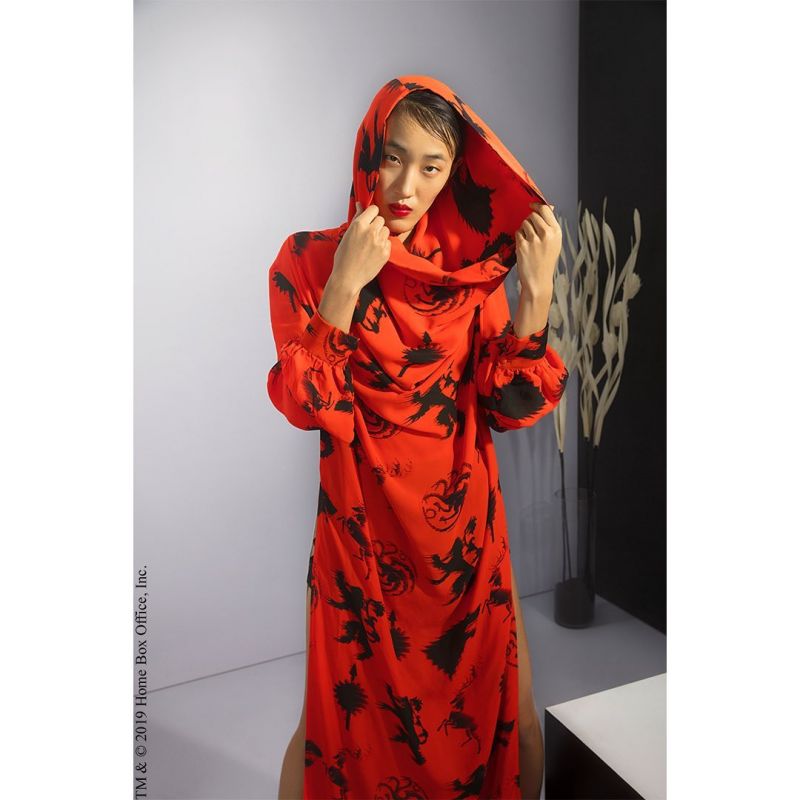 Masaba Gupta stressed on the fact that this collection was meant to cater to the Indian customers. “This is how India would do Game of Thrones. I could have created gowns and other things but I have incorporated Indian elements like dhoti pants, saree, lungi so it is a fusion of modern India and the western world," said the designer in conclusion.