Makeup is no longer the exclusive domain of women. More men preferring cosmetics to enhance their looks, beauty industry is beaming 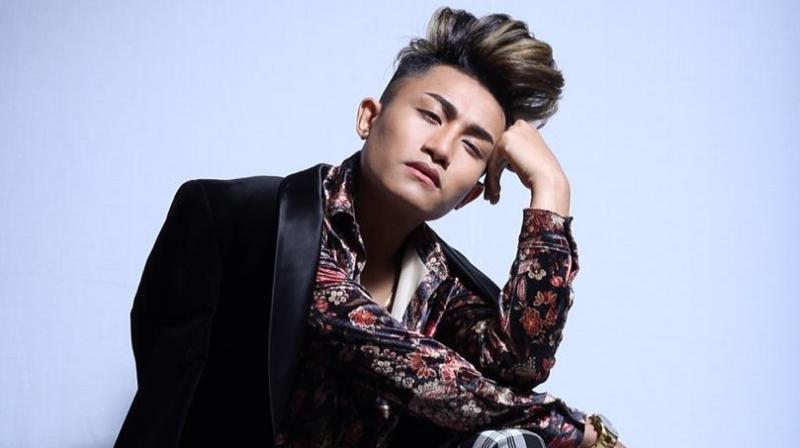 Beauty is about style. It knows no gender.

Defined brows, radiant skin, smoky eyes, supple lips… more and more men are using makeup on a daily basis, aiming at these effects. Recently, a Kolkata resident posted a picture of himself wearing red lipstick and shared that his mother was ashamed of him because he used makeup. The post earned him plenty of praise and support on social media.

With men from popular reality TV shows endorsing cosmetics and beauty bloggers and brands championing the trend, male make-up is in the limelight. And why not? Makeup can make you look good and feel good, so it shouldn’t matter what other people think about it, feels Ronan Mili, makeup artist and hairstylist. He says, “Makeup is simultaneously the most underrated and overrated tool for today’s generation. The right amount of concealer can hide the darkest marks; but crossing the thin line might intimidate other people.”

Ronan feels although Indian men have insecurities about their appearance, they prefer not to wear makeup for fear of being classified as gay or ‘less manly’. “I have to suffer catcalls every day, but I love to wear makeup, be it for a casual meeting or for dinner out,” he says. “I don’t ask for validation. Beauty standards do exist, but whether someone wears make up or not, and how much of makeup is used is none of anyone else’s business.”

Male makeup hasn’t been entirely destigmatised. Vandana Luthra, founder of VLCC Health Care Ltd., a beauty and wellness conglomerate, says attitudes are changing fast. The male personal care market has grown exponentially over the past decade. (According to an Assocham report, the Indian male grooming industry was Rs 16,800 crore in 2018 and is expected to touch Rs 35,000 crore in the next three years.) “While men sporting makeup are still exceptions today, it is less likely to be so in the foreseeable future. Look at the sudden growth in recent years in men’s grooming products, that go beyond the shaving creams and after-shaves. Who would have thought 10 years ago that men would use face washes as part of their daily skincare regimen? In fact, who would have thought that they would even have a daily skin care regimen!” she says.

Men in the 25-45 age group spend more money on grooming and personal care products than women do. The average Indian man spends 42 minutes every day on grooming, with men in metros spending as much as 61 minutes, according to a Mintel February 2019 report. There is also the growing phenomenon of the “metrosexual” male, that began in the mid-nineties – someone who is especially meticulous about his grooming and appearance, typically spending a significant amount of time and money on shopping for this. This trend is reflected at the VLCC wellness and beauty clinics across India — even in Tier 2 and 3 cities — and the MEA region too.

“While just 5-7 years ago, the percentage of men taking beauty services was in low single digits, today the scenario has drastically changed. Around 54 percent of clients reaching out to VLCC on digital platforms are men. Over 30 percent of the customers for beauty services, including laser hair reduction and aesthetic dermatology procedures, are men,” reveals Vandana.

Men are showing vast interest not only in beauty products and facial kits but also in permanent grooming services. Permanent eyebrow shaping, laser beard shaping and bridal grooming packages are a rage. “The male beauty industry is definitely on the rise, moving far beyond satisfying only basic grooming needs,” says Vandana.

The rise of male makeup is a positive thing, feels Ambi M G Parameswaran, brand coach and strategist. He says, “The male grooming market got a big fillip with the launch of Emami’s Fair & Handsome. Many products followed, to make the ‘Macho Indian’ a ‘Metrosexual Male’ as I have recounted in my book Nawabs Nudes Noodles — India Through 50 Years of Advertising” he noted. “Last year Reckitt Benkiser launched a  male version of Veet hair removal cream. Lockdown has also seen a boom in hair trimming aids. The growth of male grooming aids is not just an Indian phenomenon. I will not be surprised if a smart Indian brand were to launch a men’s lip cream, to be available in a few masculine shades like Lion Red or Dragon Brown,” he added.

Social media has been a big factor driving this change in attitude. Dr. Anjali Chhabria, psychiatrist and psychotherapist says “What we are seeing across the world is more and more of gender equality.” She notes that “earlier, only women would remove their hair and wax. What we have seen over the last ten years is that more men are opting for waxing and other ways of removing hair from hands and legs, and also for facials. So, beauty treatments are actually becoming gender equal.” According to her, a lot of men who face the camera were using makeup even earlier, but would not talk about. “But I think people are making a statement now and coming out in the open, and there is no shame in that. Only a few people are doing it, but once the trend catches up, I’m sure a lot of people will follow. Maybe in five-ten years from now, men and women will be sharing lipsticks!” she says.