Vas’ win is a milestone moment for Tamil Nadu which gets a Miss India winner for first time since pageant’s inception 55-years back. 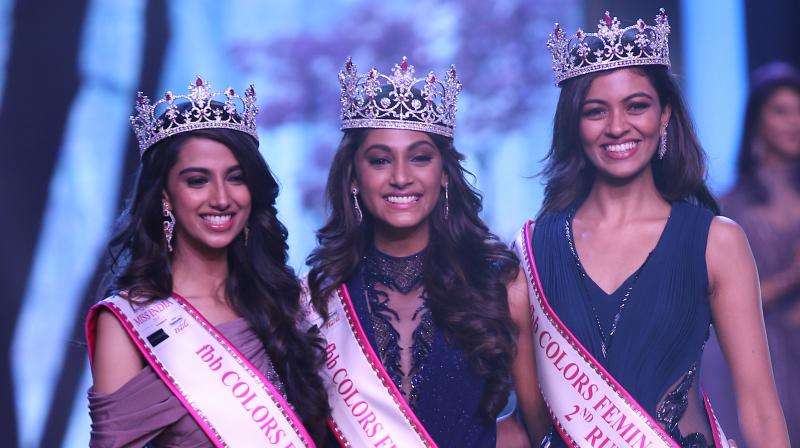 Excited, elated and still trying to come to terms with the fame she received on the eventful evening of 19 June 2018, 19-year-old Anukreethy Vas from Tamil Nadu says, “I have a huge responsibility towards India.”

The youngster from Tamil Nadu beat representatives from 29 other states to be crowned fbb Colors Femina Miss India 2018.

The first runner-up is Meenakshi Chaudhary from Haryana and the second runner-up is Shreya Rao Kamavarapu from Andhra Pradesh.

Her win is a historic moment for the southern state, which gets a Miss India winner for the first time since the pageant’s inception 55-years back.

Talking to this correspondent, the winner says that the whole situation still feels a bit surreal to her. “It has been two days and I still cannot believe that I have won it,” says Vas, adding, “I started with the journey for the learning experience, and now that I have won it, a sense of responsibility has sunk in.”

Vas, who is extremely proud of becoming the first female from Tamil Nadu to win the fame, says, “It is a landmark moment for me, both for winning the crown, and creating history for Tamil Nadu.”

Ask her about the final moments before winning the crown and Vas gushes, “Right before the finale started, we were talking backstage, and I remember Shreya (second runner-up) saying ‘May the best person win.’”

The youngster goes on to add that while she moved to the top 12 and from there to the top five and three, she could not help but ask herself, ‘why not me?’

“When they called out my name, there was a moment I froze and did not know how to react but Manushi (Miss World 2017) crowning me was the best moment of my life.”

Vas reveals that being a part of a pageant was never in the larger scheme of things for her. Having accompanied a friend as a moral support, she was pleasantly surprised at being chosen, but winning the competition at the state level gave her some serious impetus to make it big in Miss India.

Winning the 55th Miss India competition puts Vas in a position where she can stand for a cause and make her point matter.

For the new Miss India, the cause closest to her heart is the education and upliftement of the transgender community.

On being asked about the reason behind the choice of her cause, Vas reveals, “As a child I had a friend in school who was a transgender and she was abandoned by her family. I tried searching for her a lot and even till today I have not been able to find her. I do not want that to happen to any other person.”

The young winner continues, “I already have an NGO that looks after the needs of 30 members of the transgender community and now that I have a voice, I hope my voice will reach more people prompting them to come forward and stand by me for my cause.”

Elaborating that her future plans are concentrated only on Miss World, the 19-year-old adds, “I have a huge responsibility towards India. Manushi Chhillar brought back the crown after 17-years. I have to keep the blue crown back.”

As for her message to youngsters, Miss India 2018, Anukreethy Vas says that it is never to late to dream.

She concludes, “Never listen to what the world wants you to become. The world will constrict you. Listen to your heart and it will let you become what you want.”