India has produced so many beauty queens, they are confident, smart, successful adds Praveenar Singh 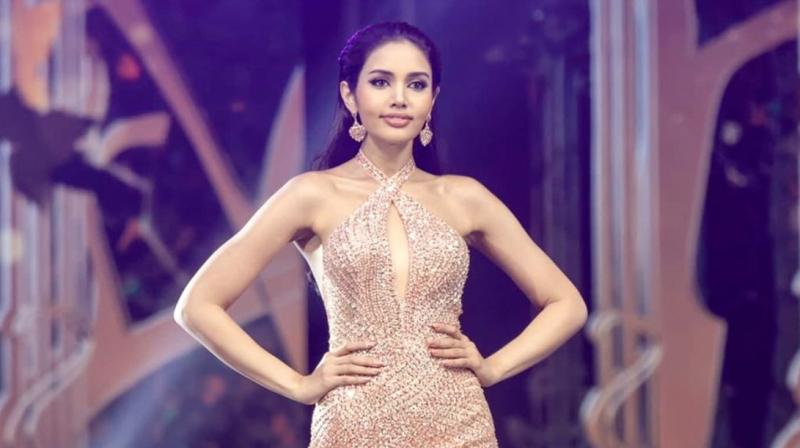 Tall, lissome Praveenar Singh became the first girl from the Indian community to win a major beauty title in the Land of Smiles, when she was selected First Runner-Up in the Ms Universe-Thailand contest recently.

It was a rigorous contest of more than 100 participants at the start, 30 in the final round, and the Sikh girl admitted she was delighted to score over so many beautiful contestants.

But she admitted that she had worked hard at for the contest for nearly six months, with gruelling fitness routines, catwalk sessions and Q&A training programmes.

What did she think was the most important quality needed in this highly competitive field? “Confidence”, said Praveenar simply. She displayed this in plenty as she sashayed down the ramp, wearing a wide range of outfits, from slinky evening gowns to sexy swimsuits.

A native of Chiangmai in the north of Thailand, Praveenar said she enjoyed the provincial atmospherics of this small town. “Apart from the cool, wonderful weather, it’s small and intimate city. There is also a large Sikh community, and everyone is family there”, she said.

Praveenar did her schooling in Chiangmai, and then moved to Bangkok’s prestigious Thammasat University, where she did an arts degree with Russia as her major.

“I was fascinated by the number of Russian tourists in Chiangmai and thought it would be fun to be a tourist guide and show them around my lovely hometown!” She said she also loved Russian books and culture, and that’s why she chose the course.

After winning the recent beauty contest, it looks like modelling will be the future career for this attractive girl, who has already partaken in many fashion shows, both in Bangkok and in Mumbai.

“The girls in India are so confident, smart, successful -- they really inspire me. That’s why India has produced so many beauty queens!”

One of her best holidays in India, she says, was when she visited Delhi, Shimla, Jaipur, Agra and Punjab (where her mother was born) last year.

“It reminded me of who I am, and I’m waiting to go back, after the Covid crisis is over,” she said.

She was proud that she won the “Miss Perfect Skin Award” at the Ms Universe contest, saying that a combination of healthy diet, exercise, sleep, contributed to it.

The model and beauty contest winner confessed that she was enjoying the best of both worlds in Thailand.

“It’s truly a land of smiles. But what I love the most is that so much of Indian culture is prevalent here. They celebrate many Indian festivals here. In fact, recently I was a special guest at a big Diwali event in Bangkok’s most sophisticated mall -- Icon Siam.”

Praveenar also loves the fact that there are many Indian temples and gurdwaras here, which is where she mostly interacts with her community.

She confessed that Indian food was her favourite, especially palak paneer.

That’s why she likes visiting India often, enjoying eating the best of Indian food there, as also the best of shopping, not to forget music and films.

Praveenar is a big fan of Bollywood, and has many favourite Bollywood films (Three Idiots, Kabhi Khushi Kabhi Gham). Amitabh Bachchan is her all-time favourite actor.

She confessed: “Like most beauty contest winners, I have dreams of Bollywood too.” Having worked earlier as a model in Mumbai for three months, she said she had got “some offers” after winning the beauty contest in Bangkok.

“I can’t give more details, but I hope the Covid-19 pandemic ends soon, so that I can move forward and do some work in India.

Lekha Shankar is an Indian journalist based in Bangkok