It was all shiny and shimmer at Oscar 2019, with pink coming back in vogue in a variety of shades. 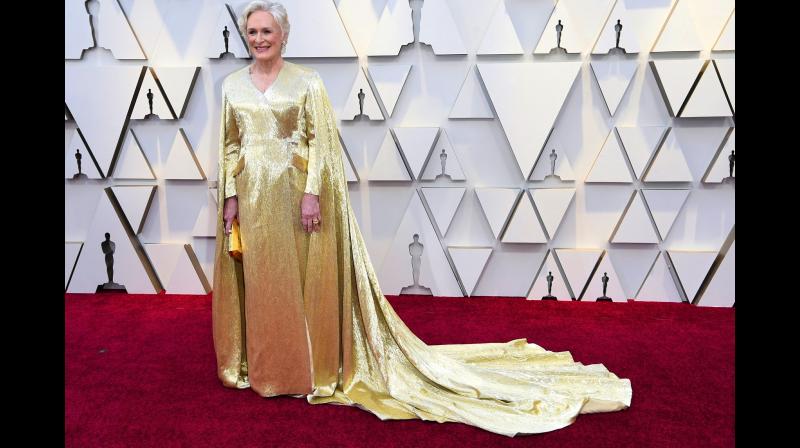 New York: Lady Gaga sported the Tiffany Diamond around her neck and Glenn Close wore 40 pounds of gold dress to the Oscars. Charlize Theron rocked a bob in transformative dark brown and Jennifer Lopez was fit for battle in a head-to-toe mirror mosaic on a mighty silver dress.

Hollywood’s fashion show Sunday in Los Angeles went technicolor and soft, ruffly and classic. It showed off pink and red, white and black, all in plenty of tulle, chiffon, crepe and velvet. 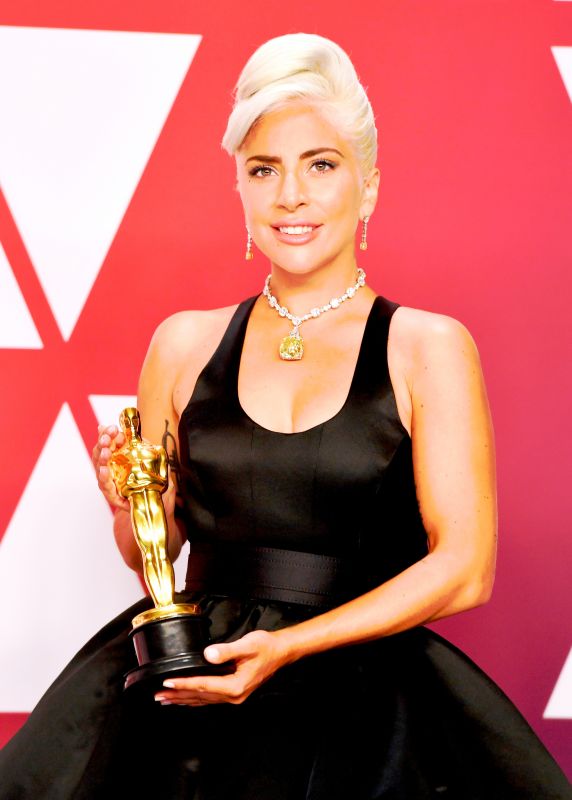 Lady Gaga’s platinum locks were high in a side-swept updo. Her Alexander McQueen gown had an Old Hollywood feel, with long gloves to match. But it was the hefty yellow bauble around her neck that stole her look.

Weighing in at 128.54 carats, the 142-year-old diamond from a South Africa mine is one of the world’s largest yellow diamonds and rarely worn. In fact, it was only the third time it has been worn and the first time it has appeared at a major award ceremony and on a red carpet.

“From Lady Gaga debuting Tiffany’s most precious diamond to Charlize Theron dripping herself in Bulgari earrings, necklaces and bracelets, bling is most certainly back,” said Joyann King, executive digital editor for Harper’s Bazaar.

Gaga’s diamond was previously worn in 1957 and by Audrey Hepburn in 1961 publicity photos for “Breakfast at Tiffany’s.”

Pink displayed on the red carpet came in a variety of shades, from a honeysuckle pink lace gown by Jenny Packham worn by declutter guru Marie Kondo (she has a Netflix series) to the tiered confection donned by Kacey Musgraves, by Giambattista Valli Couture. 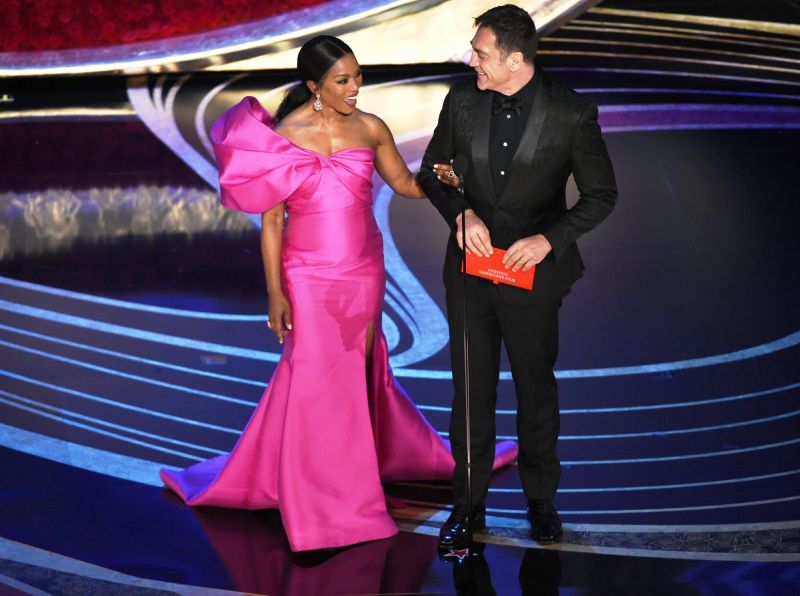 Lopez, with Alex Rodriguez at her side, was ready for battle in a long-sleeve silver Tom Ford gown that stood out for its chunky embellishment.

“Tom Ford famously only dresses one star every season on the red carpet. When it comes to rocking a mirrored metallic sheath, no one could possibly work the look more elegantly right than Jennifer Lopez,” said People’s Lavinthal. 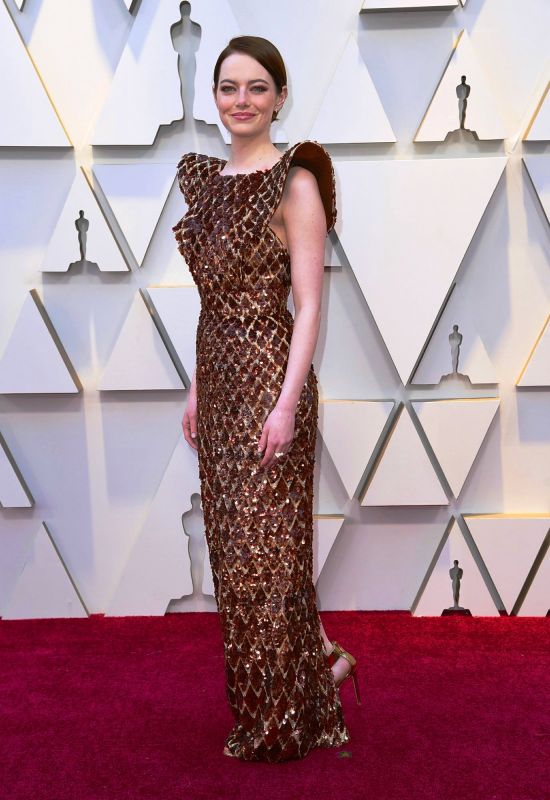 Brie Larson and Emma Stone were also fierce, Larson in silver Celine by Hedi Slimane. It was a sparkly halter look with a high neck, another trend of the evening. The Lopez look also included a high neck. Stone was in burnished Louis Vuitton with structured short sleeves that could have taken flight.

Glenn Close may not have won a best actress statuette, but she won the carpet in a gold gown with long sleeves and a long cape by Wes Gordon for Carolina Herrera.