The company took yet another step towards sustainability after banning the use of fur from their products. 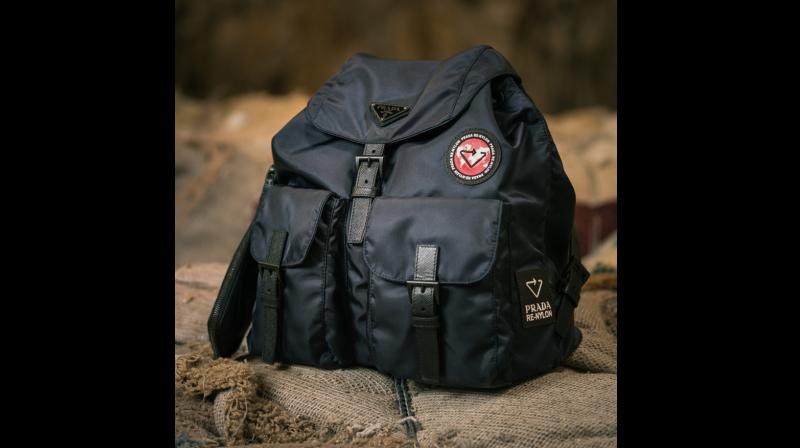 Prada introduced its first backpack made from Pocono nylon in 1984. It was introduced by Muiccia Prada, a few years after she took over the helm of her family business.

They were then made using an industrial fabric used to make parachutes. It went against everything that was considered as luxury at that time, but it still became revolutionary due to its unsexiness. In an era where Versace and Gucci was making in-roads in the luxury market with high gloss and power shoulders, Prada’s nylon bag made a statement. “I was searching," Prada told Vogue, "because I hated all the bags that were around. They were so formal, so lady, so traditional, so classic."

Decades after it was first launched, Prada’s signature nylon bag makes reappearances on the runway every season, and uses over 7,00,000 metres of nylon annually. A non-biodegradable, plastic-based fabric, it is quite harmful to the environment as it adds more plastic to the earth.

In keeping up with the current climate, the Italian house announced the launch of their ‘Re-Nylon’ collection. This collection has a range of six classic bags made out of nylon that was reclaimed from ocean waste, fishing nets and textile fibre waste. “It’s a massive reduction of nylon and a big impact in terms of sustainability,” Lorenzo Bertelli, head of marketing and communication at Prada Group said.

Earlier this year, Prada also announced that it would no use fur in any of its collections. This Re-nylon fabric, called Econyl, was made by textile yarn producer Aquafil, reported Evening Standard.

With #PradaReNylon, the product of a partnership between #Prada and the textile yarn producer Aquafil, econylnylon is obtained through the recycling and purification process of plastic waste collected from oceans, fishing nets, and textile fiber waste. Discover more via link in bio. Credits: @natgeo @econylbrand @thisisbwright

Econyl is got by the recycling and purifying waste collection from oceans. They were able to recycle the plastic indefinitely, with no quality loss. Other major fashion houses like Gucci and Stella McCartney have already incorporated Econyl thread in their designs. The switch to Econyl claims to have saved 70,000 barrels of oil for every 10,000 tons of thread made.

Prada’s initial collection of Econyl bags will consist of six unisex styles: a belt bah, a tote bag, a shoulder bad, a duffle and two Prada backpacks. The brand’s ultimate goal is to switch completely switch to Econyl by 2021.

An undisclosed percentage of the proceeds from the Re-nylon collection will fund UNESCO’s environment sustainability project. The prices will initially be 20 per cent more than the regular ones, but Prada will bring down the price with time, once they fully transition to recycled material.