NYFW brings diversity into the spotlight

The Show officially opens with a tribute to Oscar-nominated costume designer Ruth Carter and a curated installation of her work. 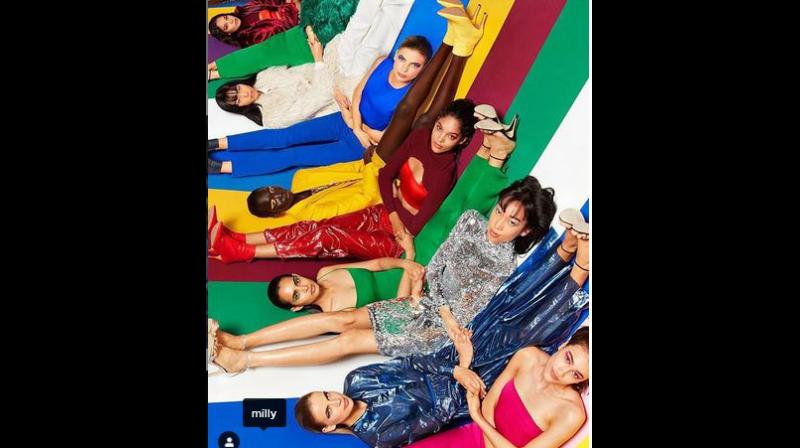 Fashion is a universal language that has the power and potential to create inclusiveness globally. (Photo: https://www.instagram.com/p/Br3yiYfAbim/)

New York: Fresh on the heels of Paris’s glittery fashion week, all eyes are trained on New York where designers are gearing up to present their latest looks for fall and winter 2019, starting next week.

Formally known as, New York Fashion Week: The Shows, the series of presentations, runway productions, parties and other promotional events kick off on Feb 7, preceded by three days of menswear collections. Fashion icon Tom Ford will unite the sexes with a Feb 6 show featuring looks for both men and women.

“Fashion week is a celebration of fashion’s role in our culture,” said Leslie Russo, vice president of IMG fashion events, which puts on the shows. “We all wear clothes,” Russo observed. “I think you would really see over the last few years how fashion week has changed the conversation around things like diversity in casting.

“On the runway,” she explained, “size diversity in terms of designers now featuring models that are, you know, beyond a size zero.” In a similar vein, a slate of globally oriented shows will span regions from Indonesia to Hong Kong and Azerbaijan to London, including Indonesian Diversity, featuring modern looks from Jakarta including hijabs.

Five designers, among them Norma Kamali and Mara Hoffman, are celebrating “conscious fashion” at Fashion for Peace. “Fashion is a universal language that has the power and potential to create inclusiveness in human beings around the world,” said Fashion for Peace’s Sadhguru, the famed yoga guru.

Sustainable business practices such as fair wages and an ethical work environment are also being touted, with Roopa Pemmaraju’s use of natural fibers and the recycled materials of Tribe & Glory. Other anticipated shows include a return by popular designers Rebecca Minkoff and Elie Tahari, and emerging designer LaQuan Smith. Notably absent names include Victoria Beckham and Escada.

In recent years the Big Apple’s fashion week has also programmed fashion-themed events away from the runways.

“The idea (is) that consumers can have a bigger participation in the fashion week events and really engage in fashion beyond just the clothes,” Russo said.

“The conversations and cultural conversations that fashion ignites is something that we felt like the timing was right for,” she said.

Talks on fashion as an agent of social change, female disruptors and a talk with journalist Noor Tagouri are among off-runway highlights, along with a documentary on legendary fashion photographer Bill Cunningham.

Organisers said the bi-annual event brings more money to the city than the New York marathon, the U.S. Open or even the Super Bowl. NYFW: The Shows officially opens with a tribute to Oscar-nominated costume designer Ruth Carter and a curate installation of her work.