Duchess of Sussex to launch clothing line in aid of charity 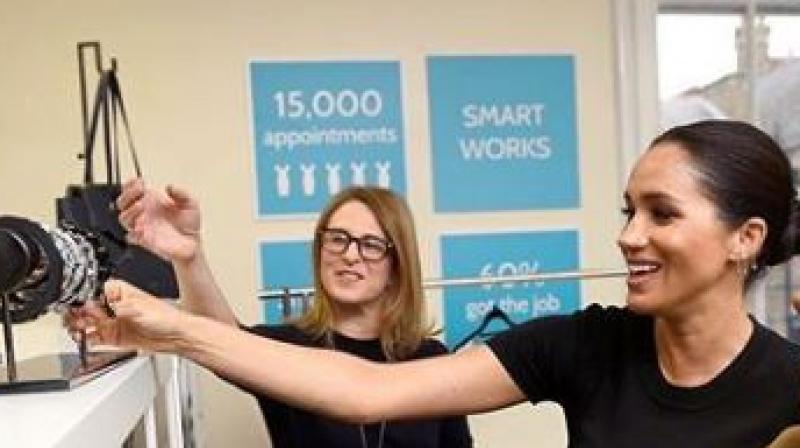 The collection will be sold on a ‘like for like’ basis. This means that every time someone buys a piece from the retailers, one of the same item will be donated to charity. (Photo: Instagram)

In the September issue of British Vogue, which Meghan Markle guest edited, she revealed that she would bring out line of women’s work wear in aid to her charity, Smart Works.

For the launch of her collection, Meghan persuaded British retailers Marks &Spencer, John Lewis and Jigsaw to carry the line. She will be developing the ‘capsule’ collection with her designer friend Misha Nonoo.

The collection will be sold on a ‘like for like’ basis. This means that every time someone buys a piece from the retailers, one of the same item will be donated to charity. The charity, Smart Works’ is one of the Duchess’s first patronages, reported DailyMail.

Smart Works helps women from disadvantaged backgrounds to get interview ready. It provides them with a smart new outfit and accessories for the interview along with coaching from a team of volunteer mentors.

In the Vogue issue that Meghan guest-edited, she wrote: “When you walk into a Smart Works space you’re met with racks of clothing and an array of bags and shoes. Sometimes, however, it can be a potpourri of mismatched sizes and colours, not always the right stylistic choices or range of sizes. To help with this, I asked Marks & Spencer, John Lewis & Partners, Jigsaw and my friends, the designer Misha Nonoo, if they were willing to design a capsule collection of more classic options for a workwear wardrobe.”

Smart Works allows the clients to keep the item of clothing that they are give. If they secure the job at the interview, they are welcomed back to receive five additional pieces of clothing so that they can have fresh pairs of clothes till their first pay check.

This venture will not be Meghan’s first foray into fashion. She previously had her own clothing line with a local retailer in Canada called Reitmans. The line featured vegan leather trousers, which she worked on while working as an actress in Suits.

Meghan wore her close friend and designer Misha Nonoo’s white ‘husband’ shirt during her first public appearance with Prince Harry at the Toronto Invictus Games in 2017.

A royal source confirmed that the idea for this line was Meghan’s and that the collection would be available later this year, around autumn.