Nearly 5,000 US locations will have colored pencils available for customers to borrow. 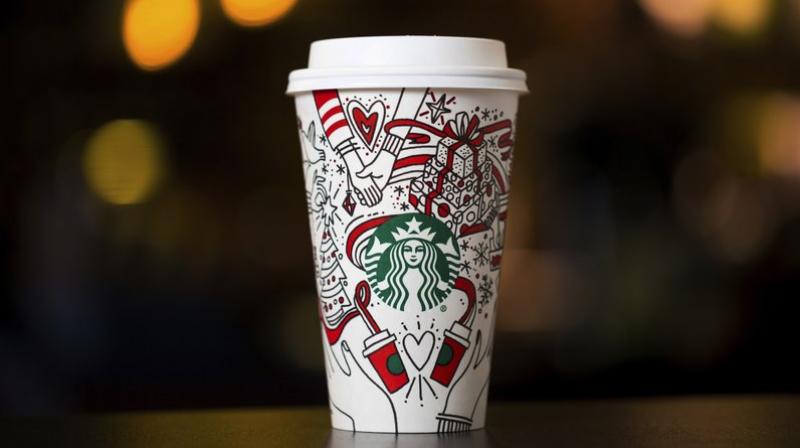 Starbucks said it started working on the design in January, finally deciding on this version because many customers liked to draw on them. (Photo: AP)

It’ll be a (mostly) white Christmas cup for Starbucks this year. The coffee chain’s latest holiday design lets customers color it in themselves.

The company says the cups — which are typically red-themed — will be in stores Wednesday. A cup sleeve to go with the cup will be red.

A plainer red cup from 2015 spurred an outcry from critics upset that it lacked snowflakes, reindeer or specific symbols of Christmas. Even President Donald Trump, who was a candidate at the time, suggested boycotting the chain.

This year the cups feature splashes of red and green amid illustrations of presents, snowflakes and a Christmas tree with star on top. But the black-and white illustration is mainly blank for customers to personalize.

“We hope they’ll color it in to represent what the holidays means to them,” said Leanne Fremar, a creative director at the company.

Starbucks said it started working on the design in January and decided to go with a color-in version because it said many customers liked to draw on them. The Seattle-based chain said most of its nearly 5,000 U.S. locations will have colored pencils available for customers to borrow.

Last year, it released about a dozen holiday cups that were designed by its customers. The holiday cups have been released since 1997.