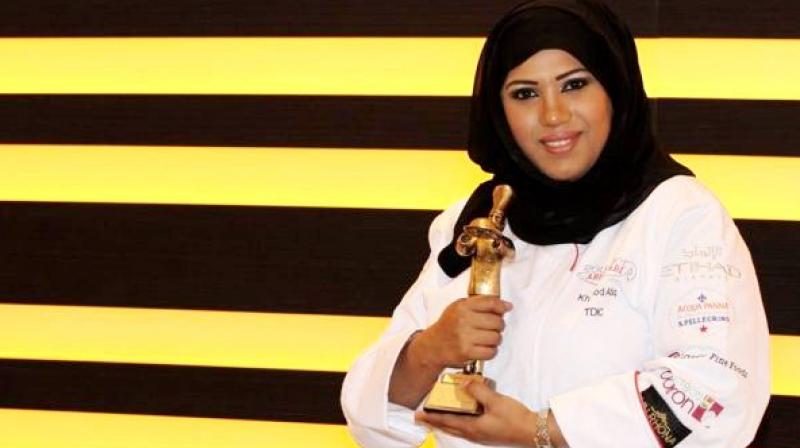 Chef Khulood Atiq Saeed attended a food festival in New Delhi, where she expressed her passion for Indian cuisine and ingredients. (Photo: Facebook/ChefKhulood.page)

Attending an international food festival hosted by the Embassy of UAE in New Delhi in collaboration with multiple embassies of other countries, including France, Tunisia, Czech Republic and Hungary on Friday, Saeed told ANI, “We don't grow many spices in our own country. Most of the spices come from India. Hence, Emirati food and Indian food taste a bit similar.”

“Few differences however, which you will notice in taste are that we use less chilli in our food. But today it was all about fusion and combining both cuisines. I made the Emirati stew and used the Indian 'rumali roti' as the bread to go with it,” Saeed added. The celebrity chef further went on to state that Indian food was one of her favourites.

“I am excited about exploring more Indian recipes and spices in the food festival. In my country, we have Indian food present to some extent as well but it is not the same as here. There are a huge number of recipes here to delve into. I have relatively more time here so, I went to the kitchen and saw the chef preparing a few Indian dishes,” Saeed said.

When asked to elaborate on her journey of becoming the first female iconic chef from the UAE, Saeed said that her career started in 2006. “Initially many people had commented that how are you going to work with your ‘abaya’ along with so many men around you. But now those people are proud of me because today I not only cook but also write Emirati cookbooks. I have also shot for lots of episodes on the local television channels and travel around the world to promote Emirati food,” Saeed stated.