Edible insects that are delicious 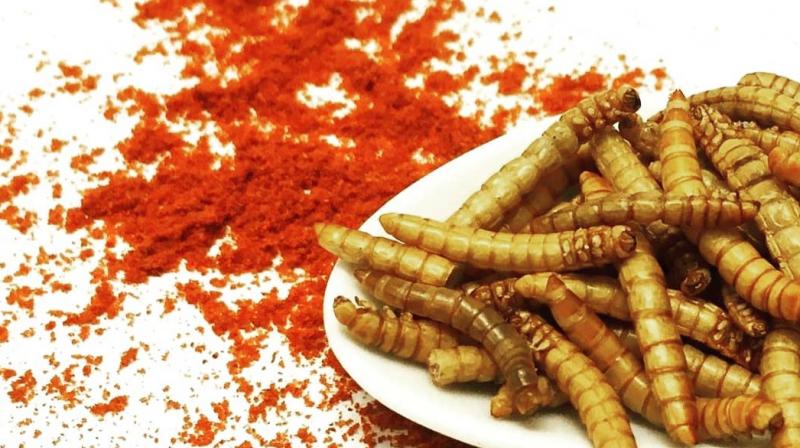 Costa Rica: At his home in rural ​Costa Rica, biologist Federico Paniagua joined his family at the dining table to devour several types of insects that he raised on his farm and whose flavour he compares to potato chips. The head of the University of Costa Rica’s Insects Museum decided three years ago to replace animal protein in his diet with crickets, ants, cockroaches, beetles and other insects - and wants to encourage others to do the same.

“Insects are delicious,” he said in an interview at his farm in Sarchi, about 30 miles (50 km) from the capital San Jose. “You can sit and watch a soap opera, watch the football game, do any activity with a plate full of insects. Eat them one by one, with a glass of soda... they’ll go down well,” said Paniagua.

The United Nations’ Food and Agriculture Organization (FAO) has counted more than 1,900 insect species that are edible. Especially in Asia and in Africa, the tiny creatures are touted as delicacies packed with vitamins, minerals and energy. Their proponents also note that bugs emit fewer greenhouse gases and less ammonia than cattle or pigs and require significantly less land and water than cattle.

Paniagua’s wife, Gabriela Soto, prepared their meal by splashing oil in a frying pan, adding the farm-raised insects and topping them off with a dash of salt. She then brought out several dishes to her young daughter, who reached into a plate with her hands and munched fearlessly, and husband, who suggested a bit of lemon would enhance their flavour. “They are going to taste like potato chips... you can eat basically a whole plate of these insects,” Paniagua said.