The study stated that 63 per cent of the microplastic particles was in the form of fragments and 37 per cent were fibres. 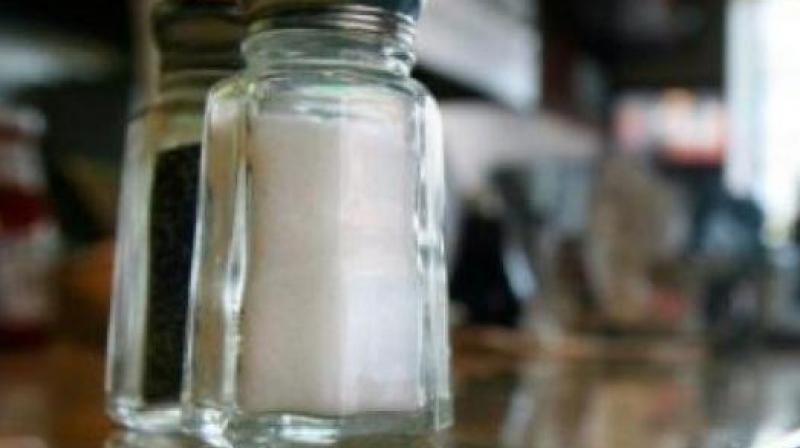 It further revealed that Indians were consuming about 117 micrograms (0.117 milligrams) of microplastic annually (Photo: AFP)

Mumbai: A study by a two-member team of the Indian Institute of Technology-Bombay has found the presence of microplastic in several table salt brands in the country.

Microplastics are small pieces of plastic usually measuring less than 5 millimetre in diameter formed by the product's gradual degradation in the environment, especially the sea.

The team from IIT-B's Centre for Environmental Science and Engineering found 626 microplastic particles in the tested samples.

The study stated that 63 per cent of the microplastic particles was in the form of fragments and 37 per cent were fibres.

The study found that 63.76 micrograms (or 0.063 milligrams) of microplastic was found per kilogram of salt tested.

It further revealed that Indians were consuming about 117 micrograms (0.117 milligrams) of microplastic annually if the average person has a daily salt intake of 5 grams.

The study, titled "Contamination of Indian Sea Salts with Microplastics and a Potential Prevention Strategy was co-authored by Professor Amritanshu Shriwastav and ChandanKrishna Seth of the CESE.

It was published on August 25 in the Environmental Science and Pollution Research, an international peer-reviewed journal.

"India is among three largest producers of salt for domestic consumption as well as industrial purposes. Hence a study was needed and it has now backed the global discourse on rising presence of microplastics in our food chain," said Professor Shriwastav.

"This is a comparatively recent development where scientists have started to find the presence of plastic. This is because there are no checks on how and what is being dumped into the sea," an IIT-B official said.

The official, however, added that there was no study available to link the increased consumption of microplastic to health related issues.

Professor Shriwastav claimed that around 85 per cent of microplastic, by weight, can be eliminated by employing the simple sand filtration technique.