A one-stop guide for the most delicious brewers in the city that serve some delicious food along. 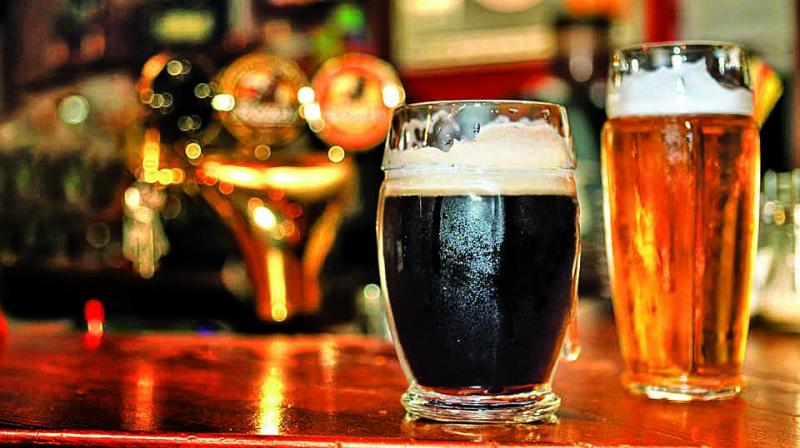 Mumbai has hopped on the craft beer bandwagon, and we think a pitcher is worth a thousand words.

Mumbai has hopped on the craft beer bandwagon, and we think a pitcher is worth a thousand words.

Gateway Taproom
First they created a fan following in the city. Then the brand opened their standalone taproom in Bandra in 2017. It has a wide selection of beers, relaxed décor, and a happy vibe. While there’s always a limited edition beer to sample, regulars swear by the delightful White Zen and the hoppy, dark. A prime location and affordable menu makes finding a table here after work can be difficult, so head early to grab a spot.

It’s been a while, but this Kamala Mills establishment finally has its brewery up and running. The concise craft beer menu features a basic German recipe along with a refreshing Hefeweizen. What stands out, though, are the Cider and the Jagermeister beer (it isn’t a cocktail; the crafty brewers have managed to develop a powerful flavour profile, just like that of the liquor). A chilled pint in a beautiful rooftop garden is a rare treat in the city, so cheers to that.

When the iconic Blue Frog closed, this Bangalore import set up shop in its stead and had to navigate massive expectations from the locals. It managed to exceed them all with its upbeat vibe, comfort food, and heady brews. The beer menu is identical to the Bangalore outpost, including the seasonal beers. From a crisp Basmati bond to a hoppy pale ale, a refreshing witbier to a creamy stout, the menu has it all. Added bonus: they have a pet-friendly section too.

The newest member of the craft beer crew, Crafters Tap House is tucked away on the second floor of Powai’s Haiko Mall. The large space, with its stripped-down vibe, is refreshing and unpretentious. The beers on offer include a Pilsner, the easy-going Hefeweizen, and the Belgian Wit along with darker beers like a stout and a dark pilsner. Apart from the beers, there is also a fine selection of Indian spirits worth trying.

The Beer Cafe
This bar chain has a menu featuring handpicked brands from all over the world. If you’re lucky, you might find some rare ones. Apart from global brands, they also offer local craft beers on tap. The bright yellow décor is youthful and quirky and the place has a fun vibe.

It has multiple outlets at Churchgate, Chakala, Thane, Mulund, Andheri, Mahim, Powai, and Lower Parel. Check the website for details.

Usually heaving with a younger crowd, The Irish House has ‘Irish style’ décor and upbeat music. Their newest space at BKC has a little garden and a wood-fire oven. The menu has a few additions as well. Offering craft beers on tap (including brews from The White Owl, Drifter, Independence, and Erdinger), they also offer international beers presented by brew – lagers, ales, stouts, ciders or wheat.

It has multiple outlets at BKC, Fort, Malad, Thane, Kurla, Lower Parel, and Bandra. Check the website for details.

Another one of the Pune microbreweries that made their way to Mumbai, Effingut found a home in one of the most iconic buildings in Colaba. The house brews lean towards the dark side – a Dunkleweizen, Indian Brown Ale, Citrus Burst IPA – but there’re also a couple of light-bodied beers like Hefeweizen and Kolsch. The junk-meets-funk interiors are extremely Instagram-friendly too.

It has multiple outlets at Vashi, Lower Parel, Marol, Dombivali. Check the website for details.

Royal Oak Brewery
A new addition to Navi Mumbai nightlife is the Royal Oak Brewery. The American diner décor and rock music feel familiar and fun, and their in-house brews can be ordered in up to five-litre barrel size servings! The beers are a mix of German and Belgian origin along with ales like the Rice Blonde Ale, Pale Rye Ale, and Red Ale. If you’re feeling adventurous, try their fruit flavoured beer.