Ramsay, who is known for his harsh criticisms and honest manner wrote, “I’m a member of PETA! People eating tasty animals. 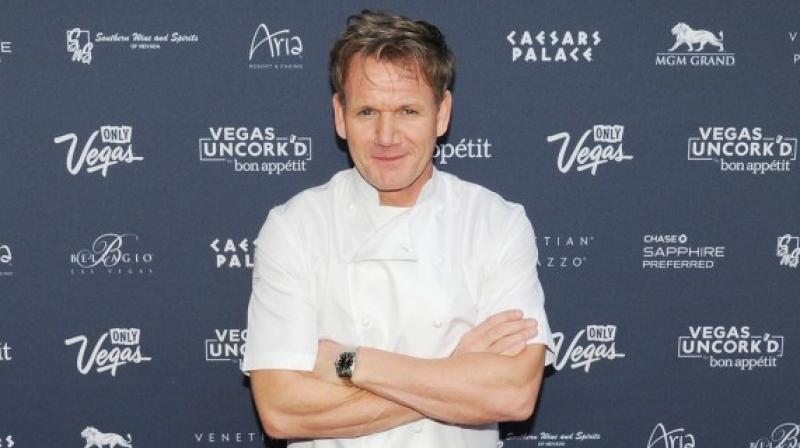 In 2016 when asked by a follower on Twitter if he had any allergies, Ramsay wrote: “Vegans”. (Photo: AP)

Celebrity chef Gordon Ramsay is at it again. Ramsay has sparked a huge debate on Twitter after mocking vegans in a tweet that went viral.

A number of people routinely send Gordon Ramsay photos of their culinary creations on Twitter in the hopes of inciting response from the celebrity chef.

However, one person received more than she bargained for when she sent Ramsay a photo of her vegan lasagna.

Ramsay, who is known for his harsh criticisms and honest manner wrote, “I’m a member of PETA! People eating tasty animals....”

It’s also triggered a massive discussion in the comments below, with hundreds of people debating the pros and cons of veganism.

One person wrote: “Alright. I love you but you hating on vegans is getting out of hand.”

Another individual commented: “You’re just a desperate individual intimidated by the rise of the #vegan movement. It’s the future, you should embrace it.”

PETA has even joined in the conversation, tweeting: “Oh dear, Gordon. We’ve heard that old line before.

PETA went on to add, “While you’re spending time mocking the future #vegan we’re betting you one day become, most chefs are exploring healthy, animal- and environment-friendly #PlantBased dishes.”

However, a number of people have also come in their droves to Ramsay’s defence.

One of his supporters wrote: “Absolute ripper of a response. I’m a member of this PETA too then!”

Another added: “THANK YOU!!!! People eating tasty animals all the way!”

This isn’t the first time Ramsay has expressed his aversion to veganism.

In 2016 when asked by a follower on Twitter if he had any allergies, Ramsay wrote: “Vegans”.