There is a new ice-cream flavour in town, and it contains cheetos

Brainchild of Drill’d Ice Cream Mixasters, an ice cream shop in Orange County, it contains vanilla ice cream and is mixed with Cheetos. 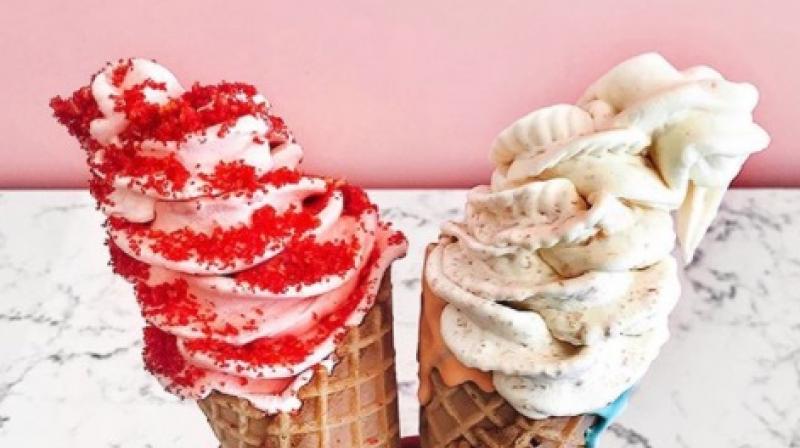 It seems that there is a new ice-cream flavour in town. The brainchild of Drill’d Ice Cream Mixasters, an ice cream shop in Orange County, the new avatar contains vanilla ice cream and comes mixed with Hot Cheetos and topped with a crushed version of the hot American crisp.

Speaking about it, Steve Kim, one of the founders of the brand said that the idea for the ice cream came in an attempt to differentiate their business.

It was at this point that his business partner Eugune Inose suggested pairing the iconic snack food into ice cream. While Kim was resistant to the idea at first, he soon warmed up to it after a tasting session.

He said, “I tried it for the first time, and my taste buds were just so confused in a very good way.”

Hot Cheetos plus vanilla soft serve?! 😱 Grand opening for the newest dessert spot in town @drilldicecream! 1 FREE MENU ITEM for the first 100 guests and everyone will have a chance to win a Nintendo Switch! #drilldicecream Snapchat: foodwithmichel

According to Kim, the spicy-sweet flavour combination is something he’s familiar with from Korean food, which is why he liked it so much.