My love for macaroons is so strong that I tend to forget the fat and calories of this highly tempting sweet crunchy treats. 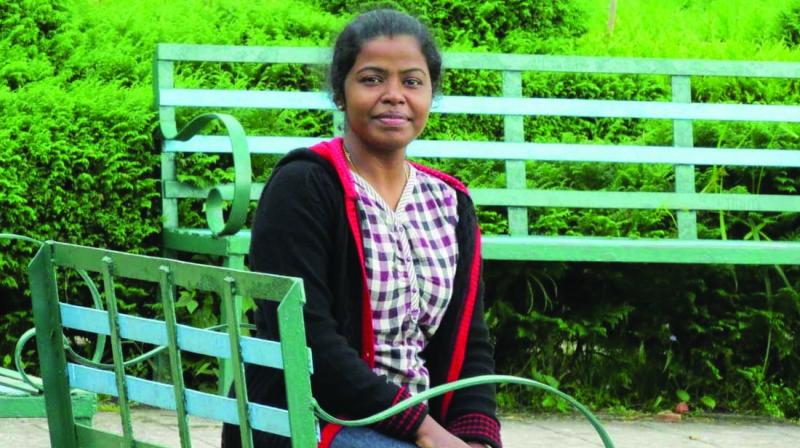 My love for macaroons is so strong that I tend to forget the fat and calories of this highly tempting sweet crunchy treats. Even before becoming a professional baker, I was always curious about the crunchy texture and unique taste of macaroons. My first sweet encounter with macaroons happened at Tuticorin, where I was offered a pack of those. Yes, I am talking about the Thoothukoodi Macaroons which just melts in your mouth and leaves you yearning for more.

Watching the popular TV series Master Chef Australia, I used to wonder how macaroons were baked to perfection. Well, years after several baking creations and disasters, I have finally mastered the art of baking macaroons, which are also known as meringues. Meringues are prepared using whipped egg whites and sugar to which an acidic ingredient like cream of tartar, lemon juice or vinegar is added. A pinch of salt or cornstarch is used as a binding agent.

A macaroon is a meringue-based confectionary made by beating egg whites with caster sugar to which ground almond flour is gently mixed. In Italy, it is most often called meringue where the method is different in which hot sugar syrup is added after beating egg whites into stiff peaks. The French macaroons look more attractive in different colours and a creamy filling binding two flat macaroons.

1. Preheat the oven to 180 °C. Line the baking trays with parchment paper or grease the tray and dust using flour.
2. Whisk the egg whites in a clean, grease-free bowl until stiff peaks form. Gradually whisk in the caster sugar little by little until thick and glossy. Gently add ground almond powder and almond extract.
3. Scoop the batter into a paper cone and pipe into a round shape or squeeze cone to pointed macaroons.
4. Bake them for 10 minutes and cool them for 10 minutes.
In order to make Thoothukoodi macaroons, add powdered cashew instead of grounded almond. To get perfect macaroons, make sure there is no moisture in the bowl or even a single drop of egg yolk in it.
Always make sure that you beat it in a metal bowl rather than plastic bowl. Try these sweet crunchy sweet bites at home.

(Nimmy Prem is a baking enthusiast and a food blogger at www.kitchensizzler.com)