An extra 100mg per day of dietary magnesium could also reduce risk of stroke by seven percent and type-2 diabetes by 19 percent. 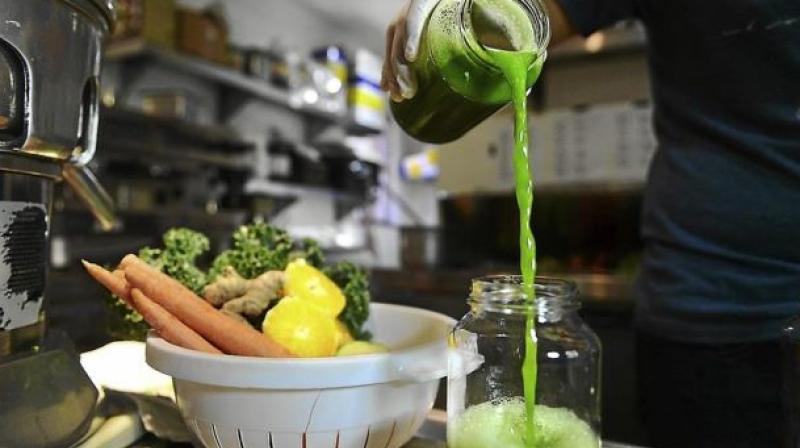 The current health guidelines recommend a magnesium intake of around 300mg per day (Photo: AFP)

Washington: Including magnesium rich food like spices, nuts, beans, cocoa, whole grains and green leafy vegetables in your diet daily may reduce the risk of coronary heart disease, stroke and type-2 diabetes, reveals a study. The study was published in the open access journal BMC Medicine.

Their results also indicate that an extra 100mg per day of dietary magnesium could also reduce risk of stroke by seven percent and type-2 diabetes by 19 percent.

"Low levels of magnesium in the body have been associated with a range of diseases, but no conclusive evidence has been put forward on the link between dietary magnesium and health risks," said lead study author Dr Fudi Wang from the School of Public Health at Zhejiang University.

"Our meta-analysis provides the most up-to-date evidence supporting a link between the role of magnesium in food and reducing the risk of disease," Wang added.

This analysis of the evidence on dietary magnesium and health outcomes is the largest to date, involving data from more than one million people across nine countries.

"The current health guidelines recommend a magnesium intake of around 300mg per day for men and 270mg per day for women. Despite this, magnesium deficiency is relatively common, affecting between 2.5 percent and 15 percent of the general population. Our findings will be important for informing the public and policy makers on dietary guidelines to reduce magnesium deficiency related health risks," Dr Wang explained.

Magnesium is vital for human health and normal biological functions including glucose metabolism, protein production and synthesis of nucleic acids such as DNA.

In this analysis, data from 40 epidemiological studies covering a period from 1999 to 2016 were used to investigate associations between dietary magnesium and various diseases.

In all the studies, levels of dietary magnesium were determined using a self-reported food frequency questionnaire or a 24-hour dietary recall.

The authors stated that their findings reinforce the notion that increased consumption of magnesium rich foods could be beneficial for overall health.