A culinary rendezvous by the sea

We have all wished, at some point, that we could just escape to another world. Chef Moshe Shek’s new culinary school offers just that. 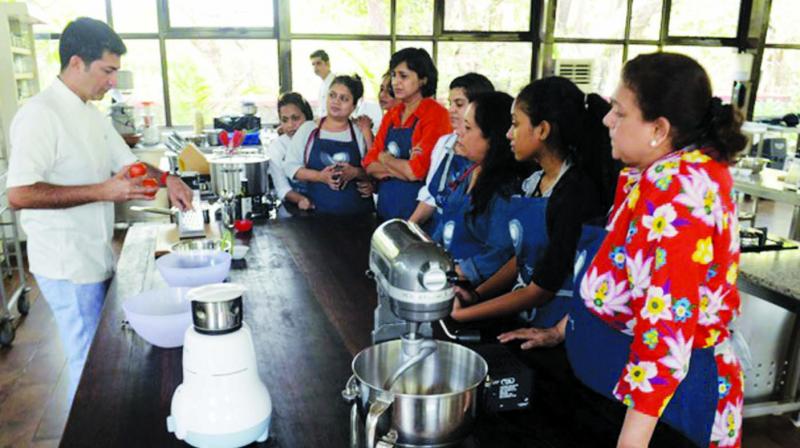 At the tail end of October 2017, celebrity chef Moshe Shek, famed for his eponymous chain of restaurants, decided to change his life completely, trading Mumbai’s rat race for life in a sleepy, palm-fringed village near the coastal town of Alibaug. It was, quite literally, ‘A World Away’ from the chaos of the Maximum City and that is what he has named his swanky new culinary school, a wonderful space amidst nature where he leads foodies through the art of cooking masterfully and emotionally.

In doing so, he was doing what his heart had been telling him to do for ages: to go back to his first love — cooking, instead of getting swept away in the mad rush to expand his restaurant chain.

When you sign up for his class, the adventure begins at 9 am when a speedboat arrives to transport you to Alibaug. A short car ride and you arrive at the walled villa in Awas village, inside which Moshe unravels the mysteries of exotic foodstuff he mastered living in various countries, including Israel. 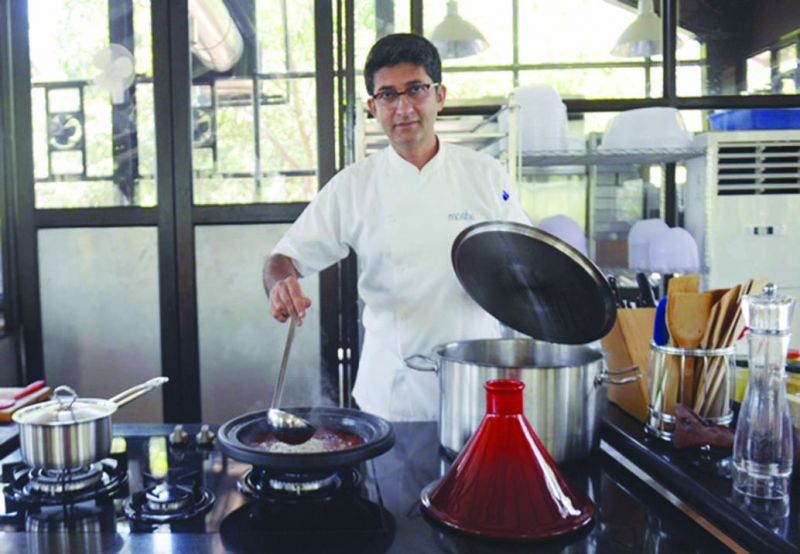 When I signed up for a basic bread-making class recently, with the spouse and the daughter, I never knew it would be an almost transformative experience for all of us. Walking into the beautifully villa awash with sunlight and the aroma of freshly brewed coffee, I felt myself transported into a world where my soul floated free. Chef Moshe welcomed us into ‘The living room’, the place where the class congregates for a chat over breakfast before arriving at the culinary studio, a stunning glass and steel air-conditioned space surrounded by coconut and mango orchards. Students work in air-conditioned comfort on modern individual workstations, guided by Moshe, a hands-on teacher who believes cooking is about immersing oneself completely in the process rather than simply following a recipe.

There is something about being with a group of strangers who have come together for a common purpose: to learn, and to have fun while learning. Away from the perceived threat of competition and the burden of too many deadlines, most of us jumped right into the thick of the mysteries of bread making, kneading, pummelling, coaxing and stretching the dough till it was just right to be popped into the ovens.

At Moshe’s class I learnt the importance of patience and of mindfulness; that miracles can be spotted in simple things, like a well-baked loaf of bread and that sometimes, all it takes to soothe frayed nerves and invigorate jaded souls is to get away from it all.

Already, word of this culinary retreat is attracting foodies- doctors, lawyers, authors and fellow chefs — who sign up to learn all about Middle-Eastern cuisine. Who does not want to be the perfect hosts who can conjure up stuff such as mushroom and bell pepper tajine with harissa,  chickpea falafel, a mixed-nut Muhamrrah, ‘meatless’ kebabs with brown rice  and dessert of pannacotta, cinnabuns and baked cheesecake?

“Long hours at my patisserie was beginning to make me think of baking as a chore rather than my passion.  At ‘A World Away’ I rediscovered my passion because it was just me and the ingredients I was working with and no impending deadlines,” says patisserie chef Nayantara Thomas, co-founder of Mumbai-based baking studio, Patisserie India. “I returned home with a bagful of tips from the chef and my mojo back in place!”

Already, ‘A World Away is a favourite with Mumbaikars who rent Moshe’s hideaway near the sea to host family brunches, retreats and get-togethers. They also get to eat a meal cooked by the seasoned chef who uses fresh produce grown on his farm, enjoy his famed desserts and get to spend a day away from their familiar world.

“I figured it would take people lesser time taking the boat to my village than it would take for them to commute to Mumbai cooking schools. I wanted to offer an out of the world experience and going by the repeat students I get, I have succeeded. A World Away has given me my dream life back and I won’t swap it for anything,” says Moshe whose mornings now unfold at a calm pace, pottering in his garden or simply enjoying the chirping of birds.

—The writer is an author. When she is not writing her books, she loves being chronicler of the stories of people from different walks of life