The gin is said to have a creamy nutty scent and taste of heavy juniper with a sweet spiciness with 77 per cent alcohol by volume. 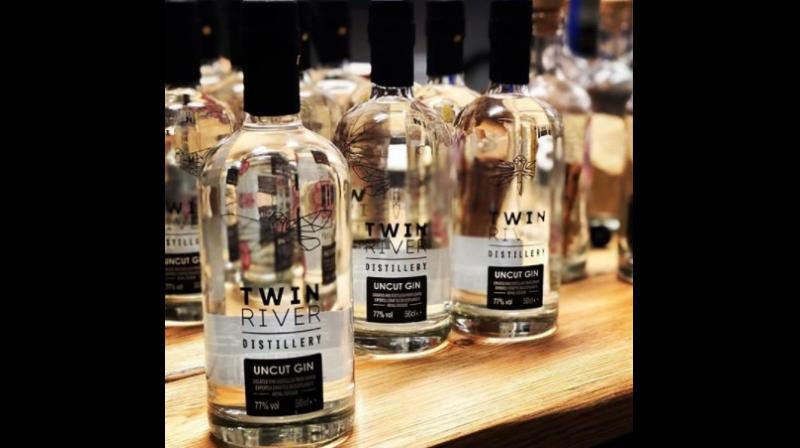 Despite fears that this level of alcohol could pose a health risk, no illnesses were reported as a result of the faulty batch. (Instagram Screengrab/ twinriverspirit)

A Scottish distillery has created the officially world’s strongest gin, with 77 per cent alcohol by volume. The gin has been created by Twin River Distillery in Banchory, Aberdeenshire.

Only a limited run of just 101 bottles have been made.

The Naked Gun ‘Uncut’ edition is set to launch at Gin Festival: North East which takes place on February 9 and 10.

Speaking about it, Ryan Rhodes, brand ambassador for Twin River said, “When our head distiller, Liam Pennycook tasted the uncut spirit straight from the still, he decided it was too good not to share. By developing Uncut, we really wanted to push the boundaries – but obviously ask people to enjoy it sensibly.”

He went on to add, “You have to appreciate that most gins are 40-50 per cent abv so care must be taken when drinking this spirit and a small amount definitely goes a long way.”

According to the founder of Aberdeen and Inverurie Gin Club, Peter Sim, the gin has a creamy nutty scent and, while it certainly packs a punch, still offers up a heavy juniper taste with sweet spiciness.

The new drink has officially beaten what was thought to be the world’s strongest gin, created by a small Swedish distillery in 2017, which was 76 per cent.

Despite fears that this level of alcohol could pose a health risk, no illnesses were reported as a result of the faulty batch.

However, anyone who chooses to drink Twin River Distillery’s’ new Naked Gun ‘Uncut’ does so responsibly.