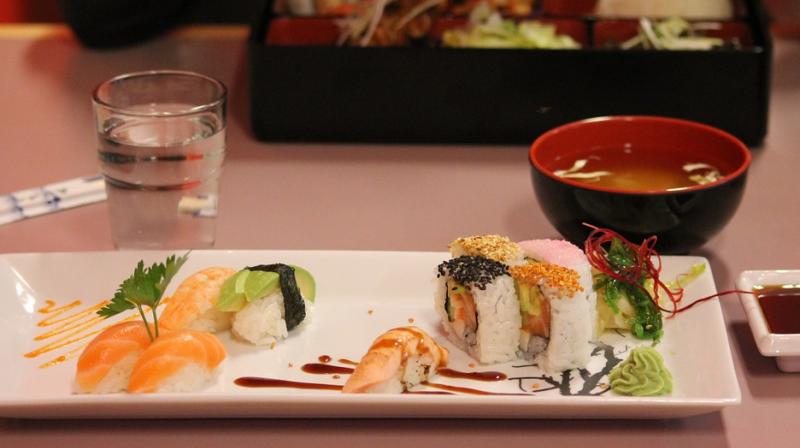 Halibut was often swapped for cheaper species of flounder considered overfished or near threatened while red snapper was substituted for sea bream. (Photo: Pixabay)

Los Angeles: Next time you order halibut, red snapper or yellow fin tuna at a sushi restaurant in the Los Angeles area, you may want to ask for proof of what's on your plate.

According to a four-year study published on Wednesday by researchers at the University of California Los Angeles and Loyola Marymount University, nearly half of the fish served at more than two dozen highly-rated sushi restaurants in the city is mislabeled."Half of what we're buying isn't what we think it is," said Paul Barber, a UCLA professor who led the study published in the journal Conservation Biology.

"Fish fraud could be accidental, but I suspect that in some cases the mislabeling is very much intentional, though it's hard to know where in the supply chain it begins."Demian Willette, a researcher and co-author of the study, said that while mislabeling of food is nothing new, what was surprising was that it would be so prevalent, especially in a food-conscious market like Los Angeles.

"We didn't really expect that because Los Angeles is a very foody culture and in general people are very conscious about what they eat," he told AFP. Willette said the study, conducted between 2012 and 2015, looked at 26 sushi restaurants that were highly rated on the reviewing sites Yelp and Zagat. Biology students at UCLA were sent out to the restaurants over the four years to collect samples of 10 popular varieties of fish used for sushi. The samples were then tested for DNA. Willette said of 364 samples tested, 47 percent showed that the sushi was mislabeled.

About the only sure bet was salmon, which was mislabeled only about one in 10 times, and bluefin tuna which was never swapped for a different kind of fish, according to the study. "But out of 43 orders of halibut and 32 orders of red snapper, DNA tests showed the researchers were always served a different kind of fish," the study says. Yellowfin tuna was also swapped on seven out of nine orders, usually for bigeye tuna, a vulnerable and overexploited species.

"In some cases, the same restaurant was substituting multiple fish on menus," Willette said. "So say they would propose three types of tuna when they actually served the same type."

He said halibut was often swapped for cheaper species of flounder considered overfished or near threatened while red snapper was substituted for sea bream. He added that while price was a factor in the apparent fraud that likely involving wholesalers, attempts to skirt fishing policies also played a part."Some of it is price, and some of it is regulations," he said.

The study warned that apart from duping consumers, the mislabeling posed a health risk for people with allergies to certain fish and for pregnant women and children who should avoid high-mercury fish."A common parasite found in raw olive flounder ... has caused 'rampant' food poisoning in Japan," the study noted.

A spokeswoman at the Los Angeles County Department of Public Health, which was made aware of the study, said her office had no immediate reaction. As for Willette, he had one piece of advice."I would say if you're going to a sushi restaurant, probably avoid the halibut and red snapper," he said. "Eat salmon because salmon is almost always salmon."