Back to the roots

After gorging on some tantalising foreign cuisine, it’s time to dive into the local delicacies. 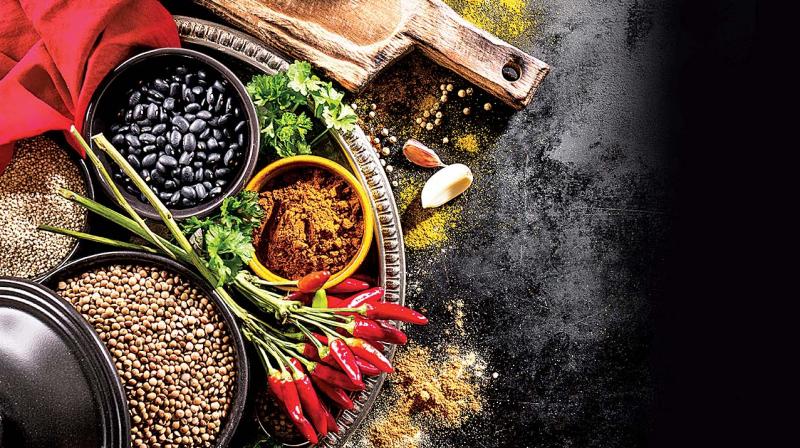 From the ambrosial street food-inspired dishes to picture perfect healthy Buddha Bowls, 2018 saw a lot of interesting developments and innovations in the food industry.

From the ambrosial street food-inspired dishes to picture perfect healthy Buddha Bowls, 2018 saw a lot of interesting developments and innovations in the food industry. While the food and culinary industry never fail to bring something new on the table, in this new year the culinary food experts want to revisit the past. Taking a break from foreign cuisines, this year is going to be all about the traditional ingredient and indigenous styles of cooking. Talking about how the food scene is going to evolve this year, Rushina Munshaw Ghildiyal, Survey Designer, Godrej Food Trends Report, says, “We are going to be doing a lot of exploration of Indian food, much more than we’ve ever seen before. We are going to use hyper-local ingredients. Last year we started recognising the local ingredients, this year we are going to be exploring them further.”

From Rajasthani Dal Bati Churma, Ker Sangri; Hyderabadi Baghaar-e-baingan, Qubani-ka-Meetha to Gujarati Sev Tameta nu Shaak and Undhiyu, traditional dishes and their traditional ingredients are going to get their long overdue attention. According to Rushina, the focus is shifting towards Indian ingredients and the credit for it goes to the Indian millets. “Last year, we were just starting to have conversations about local ingredients and lots of stuff was happening around millets. So the conversation about millets has now sparked conversations about other indigenous ingredients. From the millet conversation, we started looking at local rice varieties, then we started saying that ‘kale is a great vegetable, but we have so much nutrition in our own seasonal vegetables  and things like bathua, tinda, sem phali are coming to the fore’.”

One trend that is noticeable in the current Indian culinary field is how the fascination for foreign cuisine is diminishing among Indians, forcing one to re-define the definition of gourmet food. “What we are seeing clearly is that there was a time when we were excited about international food, but today we are equally excited about regional cuisine. At one point, Japanese or Italian used to be popular, but today it is Bengali, Kashmiri and Konkani Muslim among others. At one point risotto rice used to be gourmet, but today there’s a festival happening around 300 varieties of Indian rice, and our own indigenous ingredients are gaining the stature of exotic, and that is gourmet in my mind.  Fantastic ingredients have always existed, it’s just that we have forgotten about them,” says Rushina who is also the MD at A Perfect Bite Consulting. She continues, “The definition of gourmet is changing, gourmet doesn’t mean something that has travelled from another country to us, the definition of gourmet today is really great ingredients that could come from anywhere , even our own back yards, in fact I would say those would be the most gourmet.”