How vanilla wandered across countries

A swirl of vanilla ice-cream is probably filled with centuries of wandering! 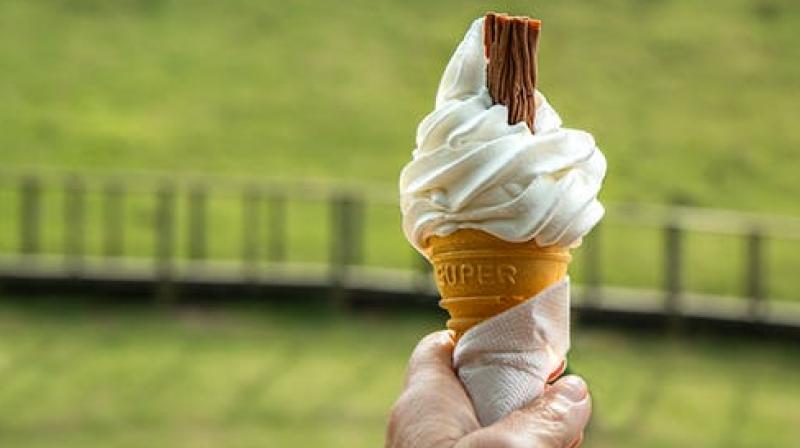 Maybe the world is all black and white (rather, brown and white). And it seems like a good way to divide the world: chocolate-lovers, and vanilla-lovers. The former love all things made from cacao beans, while the latter love delicacies made from extracts of the vanilla orchid.

When it comes to tracing their origin, there are debates that have shaken the food world. This is because there have been differing dates and places, all the time. Cacao seems to have been discovered 1,400 years ago, and vanilla came somewhere in the 15th century. However, food historians and experts keep discovering new facts about the two, and that reshapes the history of these delicious gifts to mankind. Let’s look at how, when and where vanilla came into being:

The credit for first instances of vanilla cultivation, so far, has been bestowed on the Totonac community in eastern Mexico. The vanilla industry shaped up somewhere in the 13th-century, in Papantla, which has often been called as “the city that perfumed the world.” People then used vanilla for making not just perfumes, but medicines too!

Then, the Aztecs came and ruled over the Totonacs. They called vanilla pods as “black pod”, or “black flower,” owing to their black colour after being picked. The invaders might have taken over the places, but the good part is, there was a sort of cultural interaction. Spanish invader Hernán Cortés introduced these gems to Queen Elizabeth I’s chef, and she developed an instant sweet tooth for vanilla flavour. And it eventually made it to the Americans.

Another theory suggests that the whiff started blowing from Israel. Two vanilla chemicals were found in three vessels that rested in a tomb with three skeletons, along with jewellery. Apparently, the skeletons were of members of a royal family, and vanilla might have been used to preserve the bodies. Or, they were used as an offering. With the trade routes in Bronze Age, vanilla wandered all the way to the Middle East, and more cultural exchanges made it popular.

Whether it came from Mexico or Israel, we’re glad it travelled across the world. From perfumes to desserts, a playful whiff of vanilla is all that we need to brighten up our day!