Nicola Kagoro is educating local Africans about the benefits of adapting a vegan diet. 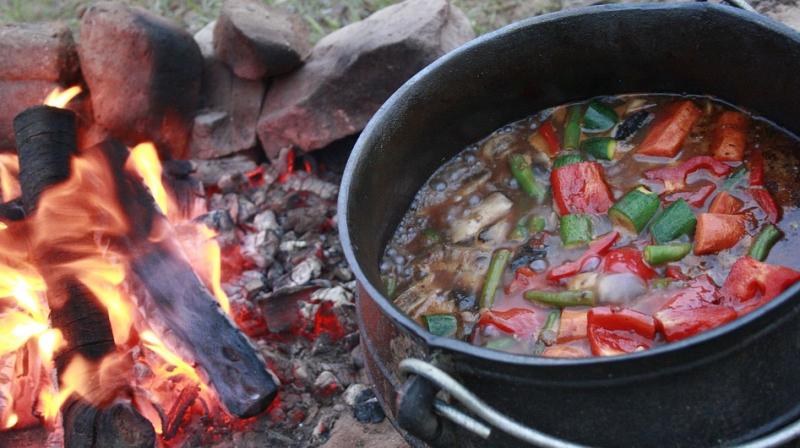 Fruit from the Baobab tree, spider flowers, cowpea leaves, monkey oranges, and wild spinach were few of the staples of the native foragers of southern Africa. (Photo: Representational/Pixabay)

Vegan food is perceived as a gimmicky trend for hipsters. Moreover, vegan food available in supermarkets and restaurants are priced higher than normal food. Artificial meat, plant-based milks and other dairy substitutes have recently emerged to cater to the large numbers converting to veganism.

But this Zimbabwe-based chef is not keeping up with the current times; rather, she is going back to the roots. When Nicola Kagoro told her friends that she wants to start a vegan movement in her community, they laughed at her. “Our ancestors were vegan," she said. "We have always been vegan, and that tradition and culture should not be forgotten." Kagoro was referring to the time before the West has colonised the African continent and overthrew the plant-based diet for a meat-based one, reported the Saveur.

Nicola Kagoro was born in Harare, Zimbabwe but spent most of her formative years in New York City. Later she pursues a culinary course in Cape Town where she got introduced to vegan food. "At the time, I didn't even know what 'vegan' meant," she said. When interning at ‘Plant’, a vegan restaurant, she came across Africa’s vast history of plant-based diets.

Fruit from the Baobab tree, spider flowers, cowpea leaves, monkey oranges, and wild spinach were few of the staples of the native foragers of southern Africa. Animals were slaughtered for their meat on only very rare occasions When Africa was colonised by the West, they brought along their eating habits too. They spread their love of eat across the locals and started industrial livestock farms for exporting meat. With time, the locals too adapted to it and the plant-based diet started fading. “Although we were modernised, a lot of our culture and history were taken away,” Kagoro said.

To promote vegan food in her native land, Kagoro hosts vegan pop-up dinners in Harare, Cape Town and Johannesburg. Last year, she started “Back to back”, a program to educate locals in rural areas about the history behind and benefits of vegan food. In addition to the program, she partnered with Akashinga, Africa’s only armed, all-female anti-poaching unit to pilot it.

The women patrol up to 12 miles a day, keeping poachers away from animals like elephants, lions and other wildlife. These women followed an unimaginative vegan diet of just boiled beans and green vegetables along with the occasional sadza, a kind of dough. Kagoro introduced them to innovative and inventive dishes like split-pea curries, salads and stews. Inspired by this, local women have begun experimenting with their own vegan recipes at home.

“The rangers carry the culture back to their homes, to their kids and families,” Kagoro said. “I hope it will explode.”