Can genes dictate your diet?

Experts weigh in on a new trend called the DNA Diet, which develops personalised nutrition plans based on the results of DNA tests. 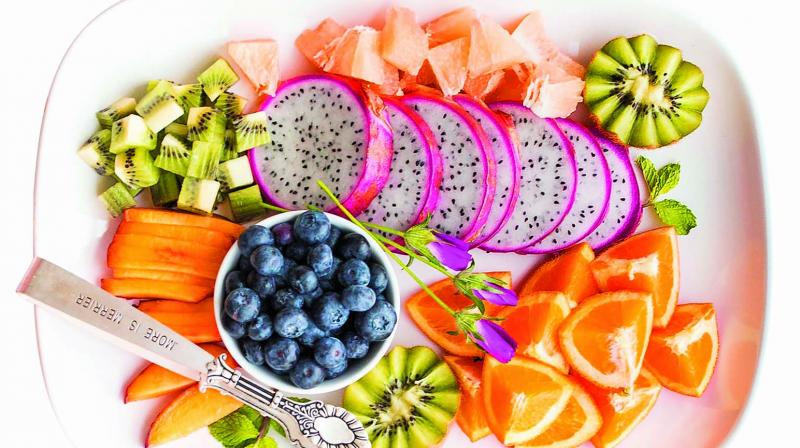 Referred as Personalised Nutrition, it is planned after tests that lists out intolerances and allergies.

For all those health freaks whose have outgrown the Keto diet — consuming no carbs and only fat — and intermittent fasting — requiring you to eat only in a certain time frame — there is a new school of dieting that is taking over the world of fitness.

No longer will you be required to eat only fats or protein, as per the DNA Diet. The nutrition plan in this diet is handed over to a person after testing their DNA, and it creates tailored food plans that are unique to their genetic make-up. More aptly referred to as Personalised Nutrition, the diet is planned after conducting tests that lists out a person’s intolerances and allergies.

In spite of the diet being immensely popular, experts are of the opinion that such a diet doesn’t make a difference. And though the diet may define the body type in-depth, it deprives the human body of various nutrients that are otherwise necessary. Dr. Richa Anand, an executive dietician at Dr. L.H. Hiranandani Hospital, opines that any diet that comes into the market only aims at weight loss, and none are therapeutic for the body.

“These days diets are almost like shopping for clothes. The fundamentals haven’t changed and at the end of the day, these diets can be misleading. None of these diets will ever claim to improve your cardiac health, renal parameters or sugar levels. They are just targeting weight loss because they know that even if they go wrong with the diet, it is just your weight at the end,” the doctor explains.

The DNA Diet, also called Nutrigenomics or Nutritional genomics, attracted fitness and nutritional scientist, Dr. Siddhant Bhargava, a few years ago as he presumed it to be different from the other fad diets, but soon changed his mind. “They claim to take a sample of your blood and give you the kind of food you should be eating. But in reality, people necessarily don’t develop a change when they started following this,” he says.

The nutritional scientist, who has dealt with at least 60-65 patients all above the age of 35 who have gone through the DNA diet, firmly states that none have witnessed any significant change. “There is no scientific proof that it has proven effective to people,” he adds.

He also brought attention to the fact that the test lists almost 30-37 kinds of food items that the person should avoid, depriving them of otherwise needed nutrients. “Most of my patients come from a class who want to get their DNA test done, but after the test, they come up with n number of allergies and intolerances, and they automatically start to feel them. I ask them if they have felt anything of this sort before, which they haven’t. The point is that people haven’t felt any different while consuming an item, but after the test, they give it up completely. I have to explain to them that if you follow this then you will not be able to survive,” rues the doctor.

For Dr. Siddhant, these diets are like astrology predictions, where you read all the sun signs and find yourself fitting into all of them. “There is no clear difference in the results between multiple people. But what comes up differently is the list of intolerances. This is one thing that bothers me as a practitioner,” he sighs.

Giving an example of one of his clients, a 38-year-old woman who completely stopped eating turmeric and garlic — both good antioxidants for the body — after her DNA test. “She was adamant on following this diet, not to lose weight but to keep a healthy body that will help her live longer. But she didn’t have a slight difference. The list of intolerances showed her to be allergic to garlic, ginger, turmeric and egg yolk, which she gave up,” he shares.

The nutritionist further explains is that charting diet based on DNA is helpful only in the case of athletes. Fitness Consultant and director of the JGS Fitness Centre Shalini Bhargava, who trains athletes based on their DNA tests, believes that the whole game is about the calorie intake. “If it is to lose weight, then it entirely depends on how many calories are you burning in a day and consuming in a day. Moreover, when it comes to DNA testing, this is being done for athletes. Because when you chose an athlete you have to see whether he is apt for long-distance running or sprinting. Then the workouts are also decided according to the kind of sport they are getting into,” says the fitness expert.

But for a layperson, Shalini states that it only works if the person is genetically predisposed. “Like they say obesity is genetic, and that is because of the fat cell distribution in a body. Some might have it in excess so they put on weight more rapidly than others. In such cases, if DNA testing is done, then the activity can be decided accordingly. Then a cardio-based activity can be a better option,” she explains.

However, for the experts it all boils down to people looking to indulge in new fads. “Attaching self to any kind of diet is an excuse. At the end of the day it is the calorie intake, and adding the right amount of protein, fat, vitamin and minerals to the diet,” Shalini concludes.