Once considered a healthy food option, the raw ingredients of sushi could lead to parasitic infections, city nutritionists and doctors warn. 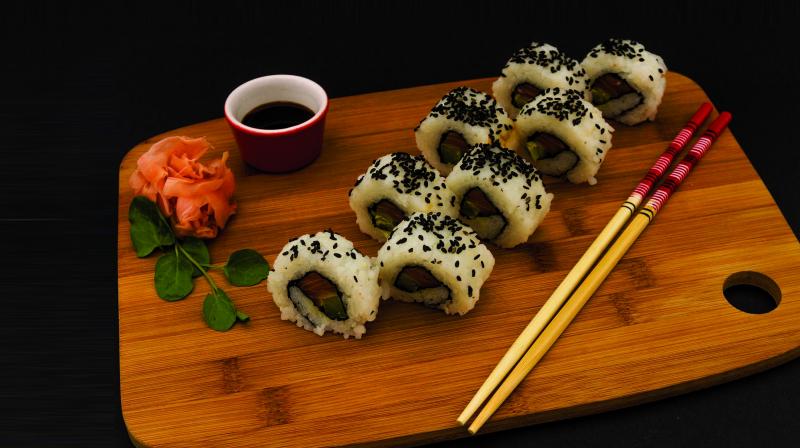 The infection on the rise is called anisakias, and is caused by consuming raw and contaminated seafood.

The humble, delectable sushi, which had off late become a healthy addition to the diet, can now be a cause of concern. A recent study has revealed that eating sushi could lead to a rise in parasitic infections, leading to doctors highlighting the less than appetising issue.

Prepared using raw fish or meat, whether you buy it at a restaurant specialising in Japanese cuisine, or pick meat from a supermarket, the health value of sushi is in rapid decline. “Sushi is in the limelight because it’s popular. But any uncooked meat or fish can give rise to parasitic infections. Raw food is an ideal breeding ground for parasites, and when consumed uncooked, the chances of an infection increase. In summers, the moisture and humidity levels give an impetus to the parasites, ” warns nutritionist Niti Desai.

The infection on the rise is called anisakias, and is caused by consuming raw and contaminated seafood. What one could assume is mere acidity or mild stomach pain, could actually be a severe parasitic infection. Keeping a tab on these symptoms could be helpful, explains nutritionist Tripti Gupta. “Dysentery, vomiting, giddiness, stomach ache, loss of energy, headache, poky and foul smelling stool, and unstable appetite can be the most common symptoms of a parasitic infection,” she says. “Most times one may end up blaming the  ache and bloating on acidity or food intolerance. But parasitic infections are going undiagnosed.”

Sushi, and other raw meat and fish aren’t the only culprits. Raw veggies and salads are also dangerous. “Lettuce leaves, roadside dahi, lassi, root vegetables like beet, potato, yam, sweet potato and wild mushrooms can also cause an infection if not washed properly.  It helps to buy foodstuff from a clean location. If you are picking cold, uncut meat, make sure the person is wearing gloves, and proper cycle of refrigeration is maintained,” cautions Niti.

Dr Amol Wagh, laparoscopic and endoscopic surgeon at J.J. Hospital emphasises on the importance of cooking. “To avoid these infections, make sure to cook beyond boiling the meat,” he says. “Cleaning the meat is important, but it doesn’t necessarily prevent the infection. The larvae of these parasites live in the moisture, and are not visible to the naked eye. Cooking is the best option available.”

Though there are many anti-parasital drugs available over the counter to cure the infection, certain basic steps can help in the long run, reveals Tripti. “Salt and vinegar are the best natural disinfectants,” she says. “Soak your foods in a bowl full of salt and vinegar for at least one hour, and then rinse with drinking water. Foods that can be heated, like mushroom, and meats, can be boiled in hot water with salt. Further, one can add a few drops of cold-pressed coconut oil and dry spices such as black pepper and cloves to kill any form of parasite that may be alive in the food.”

Occasional indulgence with such foodstuff works, but frequent eating of it can cause worms we may not be aware of. “For frequent eaters, it’s a good idea to combine a strong shot of lime juice with cayenne pepper and pink salt, post their indulgence, followed by an oil infused tea. For example, lemon grass infused green tea with a drop of extra virgin coconut oil and cloves helps,” says Tripti.