According to biochemists, it is because of interplay of molecules that brings the flavour to the surface of the liquid amber. 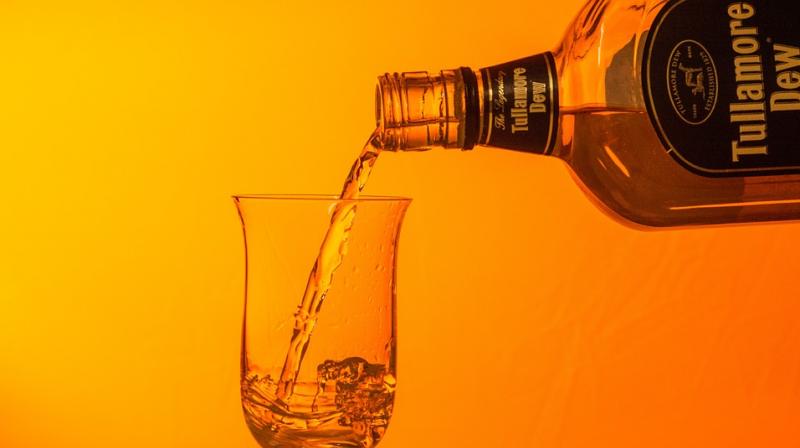 Whiskies are made by distilling fermented grains, such as barley or rye

Paris: Ignore the snobs, because most experts agree: a few drops of water enhance the taste of whiskies, from well-rounded blends to peat bombs redolent of smoke, tobacco and leather.

The only real question is, why is this true?

The answer, a pair of biochemists in Sweden said Thursday, resides in the subtle interplay of molecules that brings those bursting with flavour to the surface of the liquid amber in one's glass.

The smoky flavour typical of whiskies made on the Scottish island of Islay, for example, can be traced to a group of flavour-packed molecules known as phenols, and to one in particular called guaiacol.

Laboratory simulations revealed that adding a splash of H2O makes guaiacol rise to "the air-liquid interface," Bjorn Karlsson and Ran Friedman of Linnaeus University in Kalmar, Sweden reported in the journal Scientific Reports.

"Because this drink is consumed at the interface first," they continued, belabouring the obvious as only scientists can, "our findings help to understand why adding water to whisky helps to enhance its taste."

Higher concentrations of guaiacol are found in Scottish whiskies than in American or Irish ones, the study found.

For any whisky, the importance of adding water is already evident in the manufacturing process.

Whiskies are made by distilling fermented grains, such as barley or rye. Distilled malt whiskies typically contain around 70 percent alcohol before being aged in oak barrels for at least three years.

Maturation reduces the alcohol content by 5 to 15 percent, But that is still far too high for optimal drinking pleasure, so the whisky's alcohol content is further diluted to around 40 percent before bottling by adding water.

At least one famous connoisseur, Winston Churchill, has suggested that the scientists may have gotten things backwards in their findings.

"When I was a young subaltern in the South African War, the water was not fit to drink," Britain's wartime prime minister famously reminisced.

"To make it palatable we had to add whisky.”