Whiskey in the jar

Between 500-2000 AD, knowledge of distillation spread to Europe along with the traveling Moors of the early first millennia. 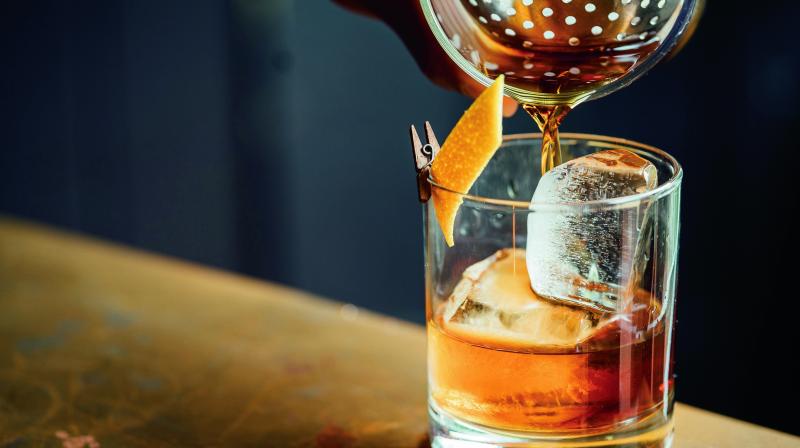 It’s World Whiskey Day on May 20. We trace the journey of whiskey & share tips for those who haven’t realised the goodness of the drink yet!

The term ‘whiskey’ derives from the Gaelic ‘uisge beatha’, or ‘usquebaugh’, meaning ‘water of life’. In 2000 BC, the art of distillation was founded in ancient Mesopotamia, often as a way to produce perfumes and aromatics. The progress of distillation technology led to the making of various alcoholic beverages.

Between 500-2000 AD, knowledge of distillation spread to Europe along with the traveling Moors of the early first millennia. Christians used it to produce ingredients for ceremonies and medicines for colic, palsy and smallpox. Between 1000-1200 AD, distillation made the migration from mainland Europe into Scotland and Ireland via traveling monks. The Scottish and Irish monasteries, lacking the vineyards and grapes, turned to fermenting grain mash, resulting in the first distillations of modern whiskey.

The principals for the distillation of whiskey have changed little over the last 200 years. Just three basic ingredients are needed - water, barley and yeast. Technology now aids production, but traditionally there are five stages to the process - malting, mashing, fermentation, distillation and maturation.

Whiskey exploded amongst the masses over time as Victorians started looking out for substitutes for Cognac and Brandy. But the biggest consumer since has been America. After the arrival of a wave of Scottish and Irish immigrants in America in the closing decades of the 1700s and the disruption of the rum trade during the Revolutionary War, whiskey production began en masse. People also found a plethora of flavors, hints, and notes that create bold varieties.

Surprisingly, the world’s largest whiskey consumer is India, where the drinking of Scotch whiskey was introduced in the 19th century, during the British Raj. It became popular after liberalization in 1990, which gave distillers better technology, producing a better quality whiskey. Another factor was the entry of foreign players to the market, whose brands seen as more authentic and attractive by affluent Indian consumers. The huge whiskey drinking population is now turning its attention to single malts.

With the cocktail culture growing and niche cocktail bars coming up Whiskey has gained popularity in the past few years. Mixologists are experimenting with it more each day- contrary to popular belief; whiskey provides a complex and flavour-packed base for a range of cocktails. With bartenders getting more knowledgeable, there is emphasis on local ingredients.

People think about vodka when they think of cocktails but vodka has no flavours or aroma and pairs well with a lot of ingredients. Whiskey already has flavours that one needs to work with and it requires artistry to blend it well in cocktails. The important thing while crafting a whiskey cocktail is, understanding the flavour profiles of the whiskey and the ingredients to pair it with.

I feel, people shouldn’t eliminate whiskey from their beverage options if they don’t like it, or stick to one kind of whiskey forever. Try a variety of whiskeys from different regions. Do not use cheap whiskey in cocktails. To experience a good drink, one has to understand that with better quality, comes a better drinking experience. I feel that people need to experiment with local and global flavours when making a whiskey cocktail.

—Vishesn is a co-founder of Door No. 1