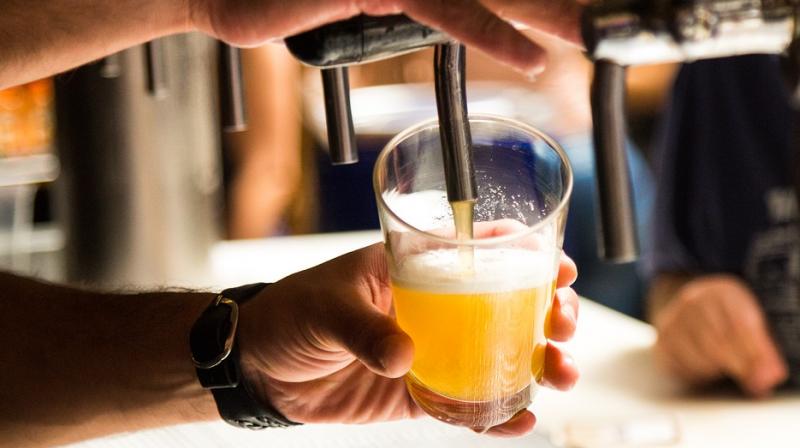 As part of the study, published in the Journal of mBio, many cooks were invited to isolate the yeast specimens from the ancient debris and to create a beer with it. (Photo: Representational/Pixabay)

Washington: Wondering what type of beer your ancestors enjoyed? Israeli scientists might just have an answer for you. As part of a recent project, researchers recreated 5,000-year-old brew using a sample of yeast extracted from ancient beer jugs.

The pottery used to produce beer in antiquity served as the basis for this new research. The researchers examined the colonies of yeast that formed and settled in the pottery's nano-pores. Ultimately, they were able to resurrect a sample of yeast to create a high-quality beer that's approximately 5,000 years old.

As part of the study, published in the Journal of mBio, many cooks were invited to isolate the yeast specimens from the ancient debris and to create a beer with it.

The archaeologists gave them shards of pottery that had been used as beer and mead (honey wine) jugs back in ancient times, and miraculously, still had yeast specimens stuck inside.

These jars date back to the reign of Egyptian Pharaoh Narmer (roughly 3000 BCE), to Aramean King Hazael (800 BCE) and to Prophet Nehemiah (400 BCE) who, according to the bible, governed Judea under Persian rule.

The researchers cleaned and sequenced the full genome of each yeast specimen and turned them over to Amir Szitenberg at the Dead Sea-Arava Science Center for analysis. Szitenberg found that these 5,000-year yeast cultures are similar to those used in traditional African brews, such as the Ethiopian honey wine tej, and to modern beer yeast.

Now it was time to recreate the ancient brew. Local Israeli beer expert Itai Gutman helped the scientists make the beer and the brew was sampled by Ariel University's Elyashiv Drori, as well as by certified tasters from the International Beer Judge Certification Program (BJCP), under the direction of brewer and Biratenu owner Shmuel Nakai. The testers gave the beer a thumbs up, deeming it high-quality and safe for consumption.

"This ancient yeast allowed us to create beer that lets us know what ancient Philistine and Egyptian beer tasted like. By the way, the beer isn't bad. Aside from the gimmick of drinking beer from the time of King Pharaoh, this research is extremely important to the field of experimental archaeology--a field that seeks to reconstruct the past. Our research offers new tools to examine ancient methods, and enables us to taste the flavours of the past," explained Ronen Hazan, lead author of the study.