Although fermented cocktails got famous in 2014 in Paris, it is quickly catching up in the country this year. 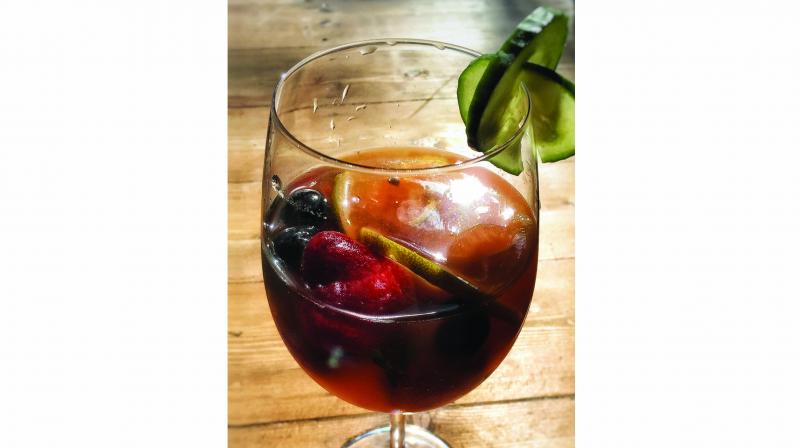 Fermentation with cocktails, however, are a recent phenomenon. The word “fermented” has seen a startling rise in popularity since the early 2000s. Fermented cocktails took the bar industry with a whoosh. It was in the year 2014, when The Little Red Door a bar in Paris made the first ever menu which had cocktails made out of fermented syrups and fruits. The bar manager was inspired by Parisian beer scenes. Ever since then the bar movement has been all about fermented cocktails, syrups and beverages.

This process was used to increase the shelf life of a product as well to maximise the flavour concentration of a drink. In recent times, studies show that having a fermented drink is healthy for the body, and if used in balanced with spirit, it can deliver best of the best cocktails.

While the process may seem daunting, be assured that the results are delicious.

There are very easy steps involved in making a homemade fermented cocktail.  For instance, to make a fermented orange mojito, follow these simple steps. Start with a simple orange syrup — take castor sugar, brown sugar, mineral water and orange. Cut the oranges and soak it above ingredients until a time you see sugar dissolving, and the fruit wrinkling.

Add commercial yeast with warm water in the mixer. Leave the above at room temperature for a week sealed, ensuring a regular mixing with a spoon. After a week, strain through with a muslin cloth. This syrup should have about two per cent alcohol with the needed flavours. Use this syrup for a mojito, instead of sugar syrup. And voila! There you have it!

The ingredients list are unlimited, but for those just starting out, opt for ones that are high on moisture and will react to yeast. Ingredients like apple, orange, watermelon, bitter gourd, tomatoes, ginger are your best bet. However, last but not the least, if you think your fermented mixer hasn’t worked out well, use gut feeling to use it or throw it.